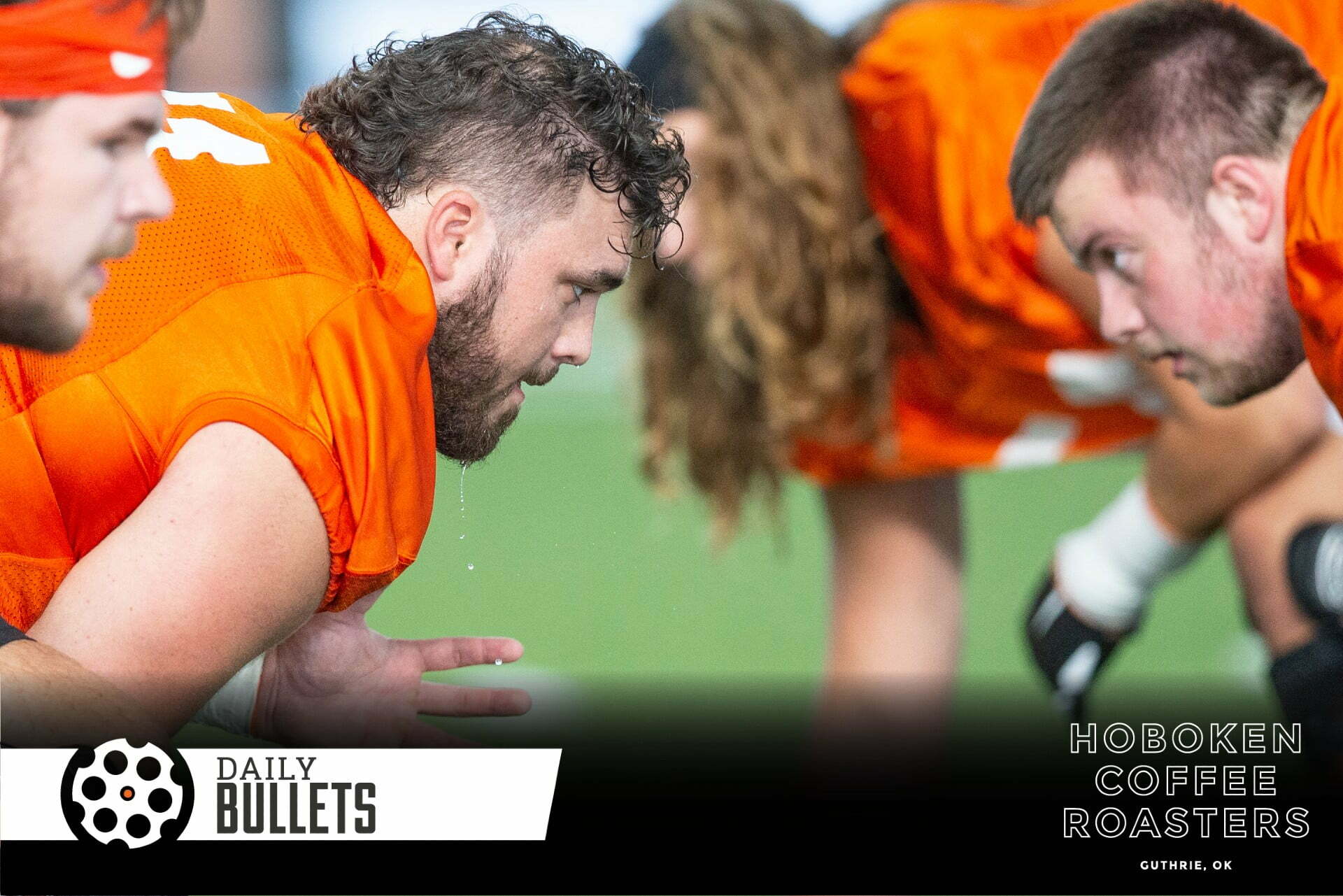 The Cowboys’ fall training camp kicked off on Friday which moves us one step closer to what we all hope will be a “normal” college football season.

• Despite saying goodbye to his two biggest playmakers in Chuba Hubbard and Tylan Wallace, Mike Gundy is confident in his offense. And he’s got good reason to be. [PFB]

• After a down year, for multiple reasons, OSU’s run game should be in better shape in 2021, [PFB]

• The Steelers’ preseason debut did little to settle the QB2 competition between Mason Rudolph and Dwayne Haskins. [ESPN]

• OSU guard Josh Sills talked about more of his teammates getting vaccinated over the last few weeks.

“So I think guys were looking at it from ‘Well I don’t wanna be that guy’ but more importantly they’re realizing the potential that we have this year and the team we have and we can truly do something special. So they’re putting the team before themselves.” [PFB]

• Gundy on Sanders’ ball security: “If he takes care of the ball in the pocket, he’s automatically a better player.”

Here’s why there’s optimism that he will. [PFB]

• Are you going to tune in to watch Cade face the Thunder on Sunday night?

• A history of the formation of the Big 12 and how that might inform what’s next for its leftovers, including OSU. [CBS Sports]

• Dallas Cowboys still wonder “what if” as Jimmy Johnson is inducted in Pro Football Hall of Fame. [ESPN]