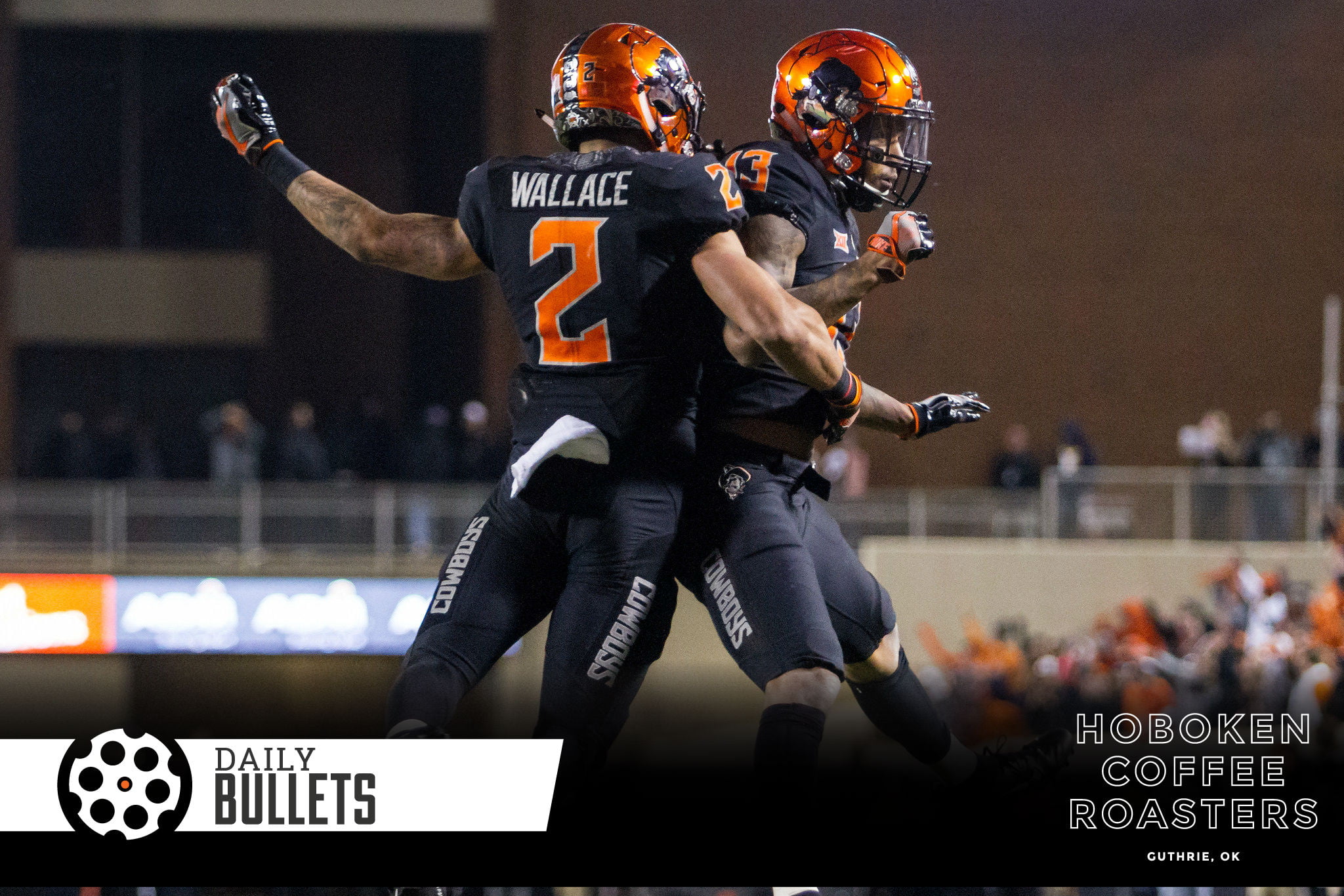 After having one of the best seasons for a receiver in OSU history, the numbers aren’t even complete yet for Tylan Wallace.

As the Cowboys ready for the Liberty Bowl, Wallace has a chance to add to an already spectacular season. His 1,408 receiving yards ranks as seventh-best ever by a Cowboy, and considering Missouri has allowed some big-time games by big-time receivers — Biletnikoff Award winner and Alabama receiver Jerry Jeudy went for 147 yards against the Tigers — Wallace has a legitimate shot at the top three. [NewsOK]

How Wallace performs against Missouri will be a good litmus test for some to compare against the Biletnikoff winning wide receiver.

Some comments by Robert Allen hone in on the varying perceptions of Cowboy Football in 2018.

Now, I think what Gundy would like is a little positivity from the rank and file. I’m not sure he’ll get it. Some, not all Oklahoma State fans, are more concerned these days with how much the head coach makes in salary and how much they feel they deserve in wins and losses and stars next to recruit’s names as a result, rather than how important doing their part to positively welcome recruits and signees and support the team in tough games in a conference that I will guarantee you is about to get tougher.

The hire of Matt Wells at Texas Tech is going to make trips to Lubbock more difficult than they have been. K-State may have made a good hire too. We all know how Les Miles turned around Oklahoma State when he was in Stillwater. [GoPokes]

I think you can appreciate something and still be critical of it. In this situation, “appreciating” would seem to look like continuing to cheer for/attending games/generally fighting the good fight in a state brimming with Sooners.

Being critical could look like a variety of things but asking for general optimism after a 6-6 season without a quarterback returning with momentum doesn’t seem fair.

Performance review on the playoff selection committee (going back to 2014)….This terminal Purdue fan’s perspective as he faces his last days is incredible….These Devon Thomas (former Cowboy running back signee) quotes are hard to read as he receives a long prison sentence….Meet the OSU player most excited about a bowl game in Memphis….A look at OSU’s bowl history

Merry Christmas from the first family of Cowboy Football.

Merry Christmas from our family to yours. #MerryChristmas2018 pic.twitter.com/Hda6H7dyU4

This is a fantastic way to get some good gear into circulation.

So @calcagnogary asks me if I have anything vintage @CowboyWrestling. I’m like, how about this old pinback button? Badda boom, badda bing, suddenly this happens!! Thanks Coach! #okstate #GoPokes #tbt pic.twitter.com/kvz7pC8YzQ

Trey Reeves holding a baby was the best.

"I really believe this is what life's about – trying to do as much for other people while you're here."@thacoachmike & the Cowboys delivered some holiday cheer and a few presents to the families of The Children's Hospital at St. Francis. #c2e #okstate pic.twitter.com/O3sD5hqEHX