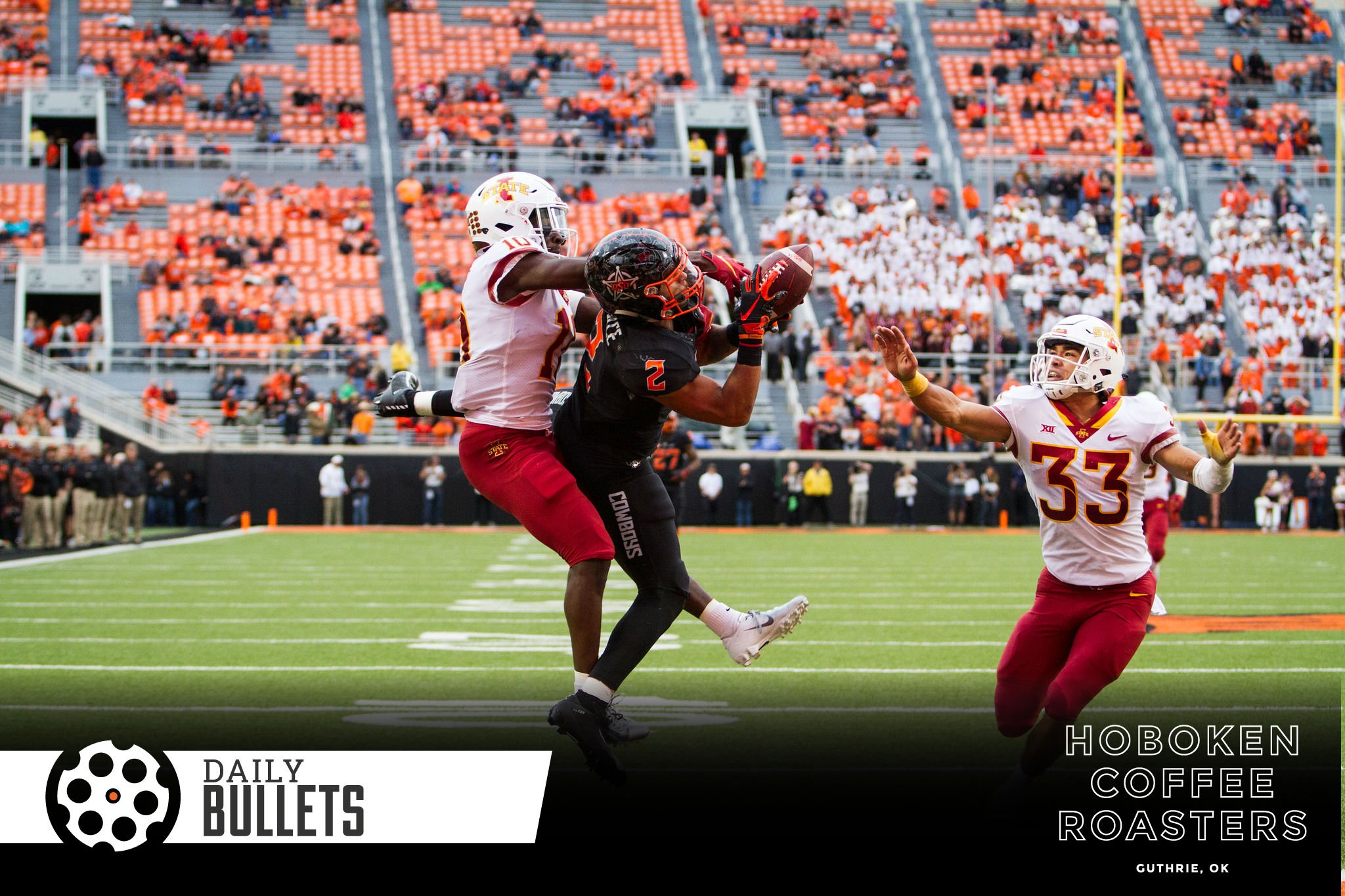 2,850 rushing yards is more than anyone’s ever gained at any level of college or pro football. Division III Mount Union’s Nate Kmic had 2,790 in 15 games in 2008, compared to Sanders’ 12.
44 touchdowns are tied with Kmic for the most ever and ahead of anyone else in NCAA history. Again, that’s with Kmic playing in three more games.
Therefore, Sanders did in a power conference what nobody else could do even in non-scholarship football. [SB Nation]

It’s just amazing that no one at any level with a few more games has beaten this rushing record.

It’s been nearly a decade and a half since Les Miles was in Stillwater – but what he did still impacts the Pokes every day.

Hard to believe it’s been 14 years since those strange days in San Antonio, with Miles running a shell game with reporters, OSU administrators and OSU coaches over his interest in LSU.

“We laugh about it now,” Gundy said Tuesday after the Cowboys’ Liberty Bowl practice.

Gundy laughs a lot about Miles, the man who hired him off the Maryland staff to be OSU offensive coordinator in ’01. [TulsaWorld]

Les Miles did a masterful job building a staff in Stillwater featuring future head coaches like Gundy and Todd Monken. Thank goodness he did.

On the villainy of college football….11W on Urban Meyer leaving was great….Kyler Murray beat out Tua for player of the year (and both are Heisman worthy)….Tylan Wallace named a finalist for the Earl Campbell award….Jahmyl Jeter getting some carries in practice

NFL-related but man… what a run.

This dude @KingHenry_2 hit a cat w/ the Bruce Lee 6 inch punch to the neck & then threw another dude out the stadium on the same play!! DEEZAMN!! #TitanUp pic.twitter.com/nsilmRkVST

Among other stats, this one shines in the pro-Tylan for Biletnikoff argument.

Quite a sophomore season regardless.