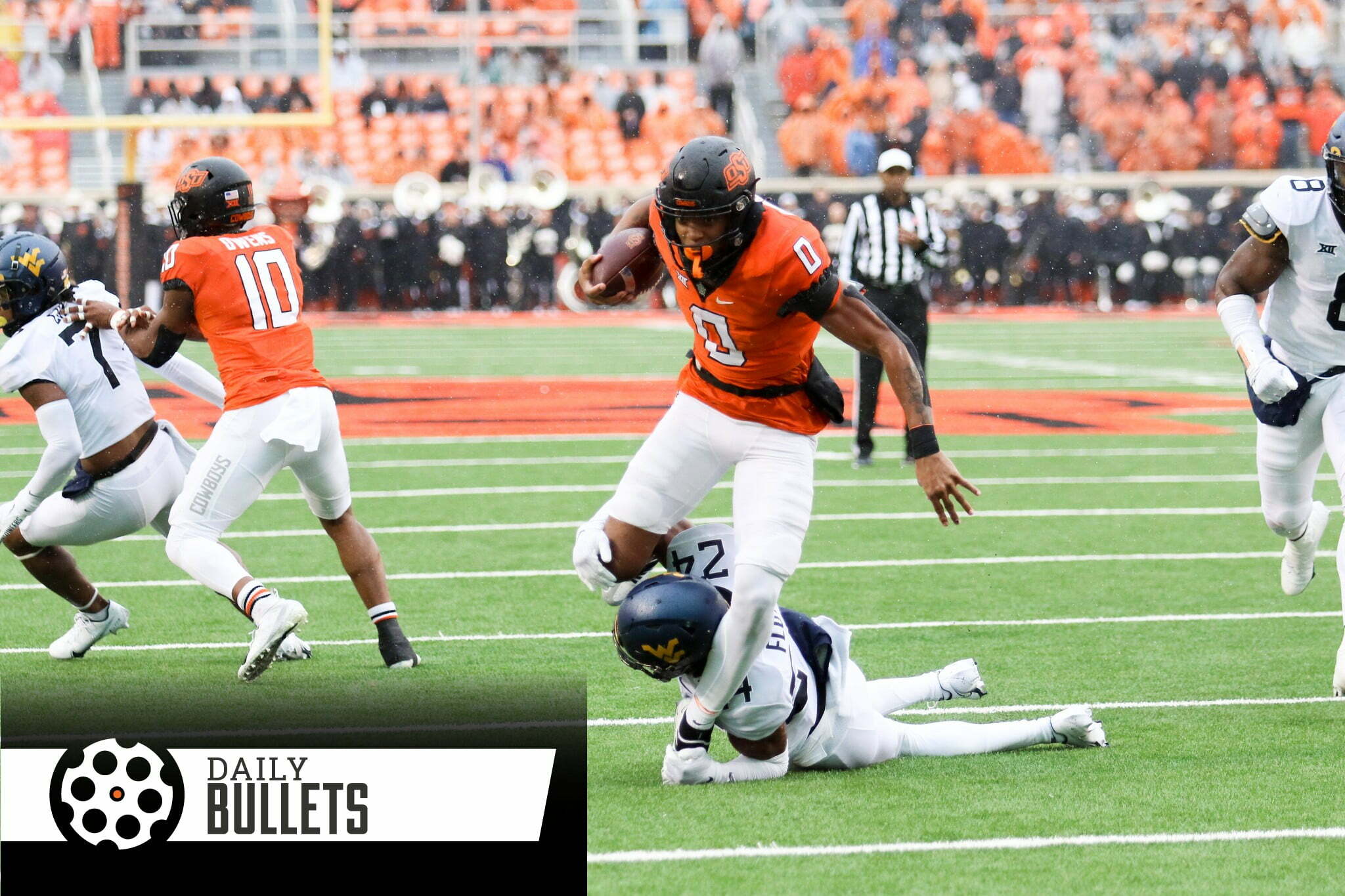 • Mike Gundy and Co. visited 2023 QB commit Zane Flores – speaking of the 2023 season, Gundy noted that “…the door’s open because most of the experience is out the door now.” (TulsaWorld)

• Berry Tramel highlights what (my uneducated mind) perceives to be the biggest struggle for Cowboy Football:

• Couple of Big 12 pieces: The Big 12 wants into the fourth time zone “at some point” and is bigger than two teams