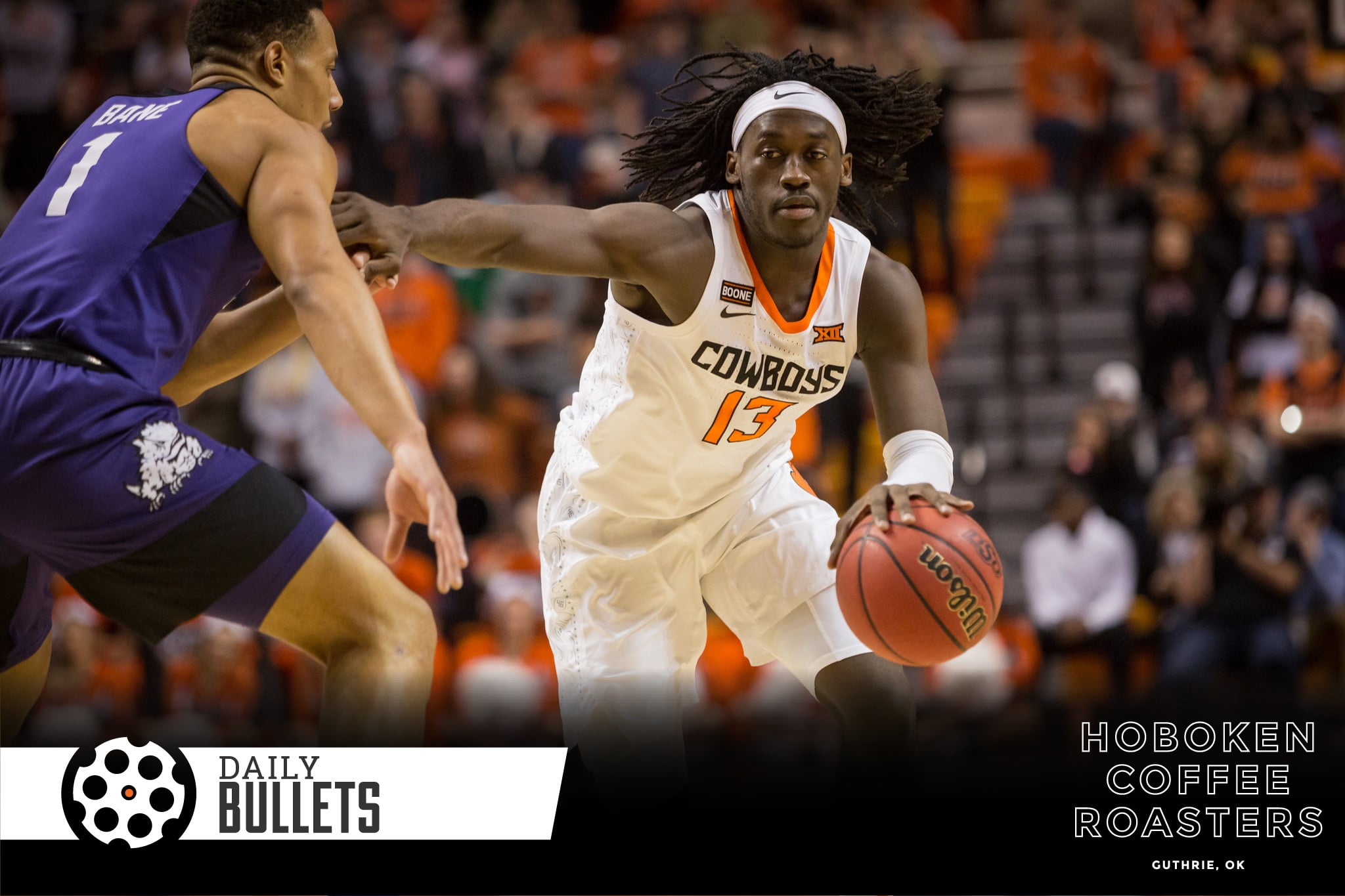 You’d flatter the heck out of me if you bought a “Bullets then Coffee” mug (as well as supporting the site)- my family members will be getting them for years as gifts.

• As the Cowboys have started to be more competitive in the last few games, can you point to anything as a cause?

(Isaac) Likekele’s confidence carried over into the season. He started hot, missed a month with an illness and is now back to his early-season form. Last week, he averaged 13 points, eight rebounds, eight assists and 1.5 blocks per game. [NewsOK]

Generally, a leading scorer in the Big 12 is going to bring in the high teens but OSU will take that number any day with how hard it’s been to find a bucket at times.

• Pokes officially adding the grad transfer from Mizzou – what a get for Mike Gundy and Co.

• Offensively, Mike Gundy needs to fill out his roster along the fringes and find some underrated producers from the skill positions. With apologies to LD Brown, I think this is the biggest question:

The only offensive questions are depth-related, and the biggest one is whether Rob Glass affected Deondrick Glass over the last year and turned his body into that of a real No. 2 guy. The rumors last year were all conditioning-related so it stands to reason that a season (and offseason) with the greater Glass could have helped make the transformation. We’ll know based on how he totes it in the spring, and it would be nice for OSU to have some options behind Chu going into August. [PFB]

Brown isn’t bad at all – it’s not a must for Glass to burst onto the scene. But given his talent, it’s different to have a guy like that coming in with fresh legs.

Here's what happened when 22-year-old Viktor Hovland took a quiz on the 90s.pic.twitter.com/byO5ANTWHj

• Dillon Stoner over the years:

• Just a couple of Pokes floating around the XFL these days