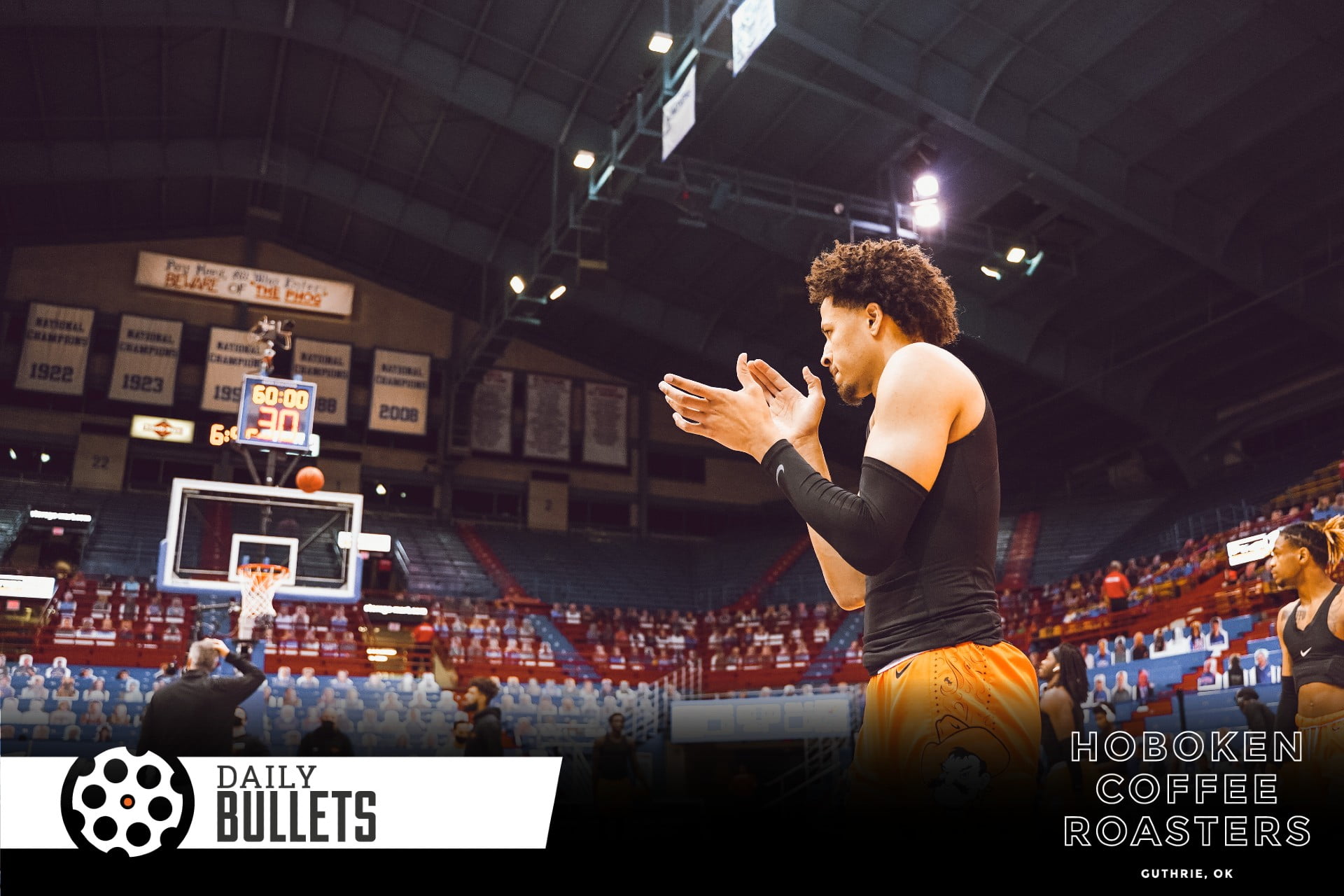 • One of ESPN’s lead prep basketball scouts walks through the Cade Cunningham vs. Luke Doncic comparison and honed in on one key similarity: clutch shooting.

… (O)ne thing that Luka naysayers didn’t fully account for was his history of clutch moments. In a skill-based NBA, having the confidence to take and make step-back late-clock 3s is imperative for elite closers. Watching Cunningham live against TCU, Texas and in practice settings, it’s clear he has that. He’s calm on the court, rarely changing face in even the most tense moments, which should bode well for his NBA future.

While we’re here, these shooting numbers are incredible. The above listed article notes Cade may be more of a Khris Middleton – who’s having a 50/40/90 season.

• Per the spring football roster, LD Brown will be back for another year of football in Stillwater

• This quote from a Guerin Emig article bummed me out – Cade Cunningham is almost gone!

Cunningham has two home games remaining. Two more chances for handfuls of fans to watch him in person. That’s all.

• The Big 12 schedule-makers told us something about the Bedlam teams’ title chances – they don’t think there will be a rematch the following week.