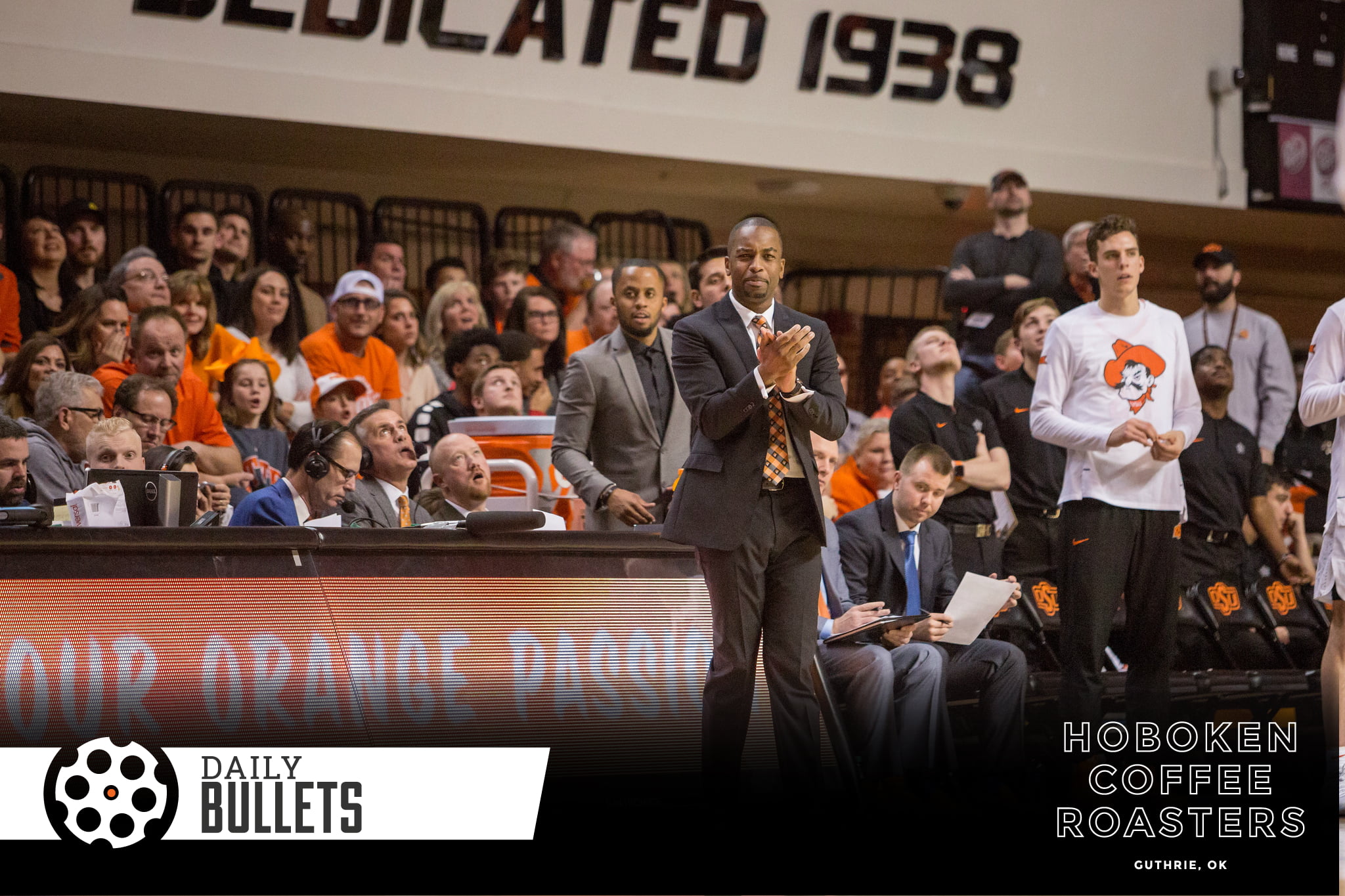 As impressive as the win over TCU was last night, hard to believe the Pokes found a team with nearly as many (as few) scholarship players available as they do.

• You can interpret if it’s good or bad when conversations around your team in-season are about your incoming recruiting class.

Oklahoma State is limping toward the finish to this season. I’m actually already starting to work on season wraps for all 10 Big 12 teams. You can bet we’re going to talk a bit about this recruiting class that head coach Mike Boynton Jr. is putting together. By the way I love Cam McGriff as a player and he and the other juniors, Lindy Waters III and Thomas Dziagwa, deserve better than this season. Hopefully these reinforcements can help right away in 2019-2020. [HCS]

I think there are multiple reasons OSU fans aren’t distraught about this season – chief among them is this stud-drenched recruiting class – but also how this team has performed against expectations. If this team was picked in the top half of the league then cellar-dwells, we’re all disappointed at what should have been.

You could have talked me into some middle-of-the-road hopes given how Boynton’s squad overachieved during his maiden voyage. And some frustration based on roster depletion is reasonable too. But ultimately I think a pass is given because of the first two reasons mentioned.

Yeah #OKState is being hit hard this season. But reinforcements are on the way. Mike Boynton has been recruiting. #TTUvsOKST @Heartland_CS pic.twitter.com/R313AoSScg

• Staying on the topic, overall expectations for Mike Boynton’s teams are interesting when you compare them to those for Boynton’s highest-paid co-worker, Mike Gundy.

“I want to make sure our fans know this isn’t representative of what they should expect,” Mike Boynton said after what became a 78-50 defeat. “If there’s disappointment, it’s rightfully just and we will certainly do our part to get it rectified.” [TulsaWorld]

Mike Gundy is experiencing the other end of that spectrum – don’t win nine or ten games and feel the heat from the fan’s sizzling takes. Boynton is looking to build expectations from the fans, lest he get to his fourth year and “waiting until next year” wears out.

• When looking at the incoming recruiting class for Cowboy Football, there may be a surefire impact player we’re overlooking.

Much like Baylor, Oklahoma State loses a lot from their defensive line from a season ago. In fact, they may be losing even more than Baylor and when defensive tackle Darrion Daniels decided to transfer, there is a very big need for someone to clog up the middle. Sione has junior college experience and with so many young guys up front, Sione is likely someone who will see plenty of action right away both this spring and this fall. [HCS]

As excited as I am to see guys like Deondrick Glass and Langston Anderson sign with the Pokes, guys like Asi and potentially Trace Ford will likely have a bigger impact because of need. It’d be nice to have more Aaron Cochran‘s happen.

• Man, this is fun. When was the last time OSU had a guy who could make plays like this?

• In college football, what does it look like to have a balanced offense?

• This piece highlighting groups looking to bridge gaps in our country was encouraging.

These different kinds of pain share a common thread: our lack of healthy connection to each other, our inability to see the full dignity of each other, and the resulting culture of fear, distrust, tribalism, shaming and strife. [NY Times]