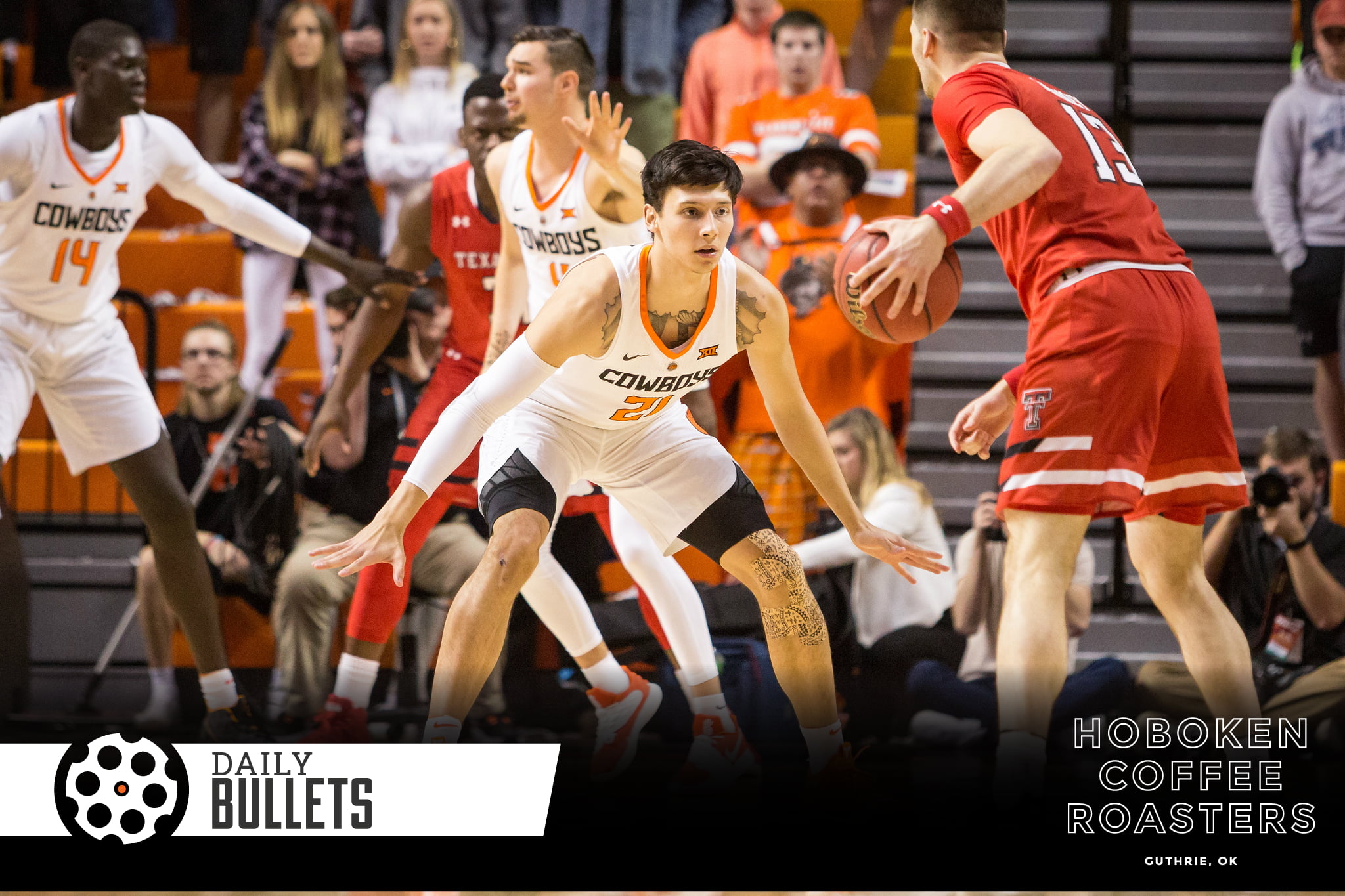 Monday was the two-year anniversary of yours truly being entrusted with the Bullets – it feels like just yesterday I was previewing the Southeastern Louisiana State University Bulldogs.
Thanks again for the opportunity to be a part of your morning routine, being a part of your day is not a privilege I take lightly.

• This thought nailed why it’s been tough sledding being a Cowboy Basketball fan over the last decade.

The part that frustrates me in general, not necessarily with Boynton, is that it seems like we’re on Year 11 of this theme. It feels like I’ve gotten this exact question in the middle of February for 11 years in a row. It’s college hoops, a school like OSU should be able to fill out a roster with enough competent, smart human beings to compete for the top half of the Big 12 without being derailed by a single injury every year! [PFB]

In reality, Boynton is (and Underwood was) paying the tab for Travis Ford’s teams.  It’s like when you start a job and everyone projects the qualities of your predecessor on you – there’s not a thing you can do bear the cost of the preconceived notion. As a fan, it certainly feels like somebody should have figured out how to consistently win at OSU by now.

• Cool story here about former Cowboy defensive back Andrew McGee and how he’s working with pro athletes to leverage their influence.

McGee recently launched iinfluence, a company that aims to do what he did with Okung, who just finished his ninth NFL season, on a much bigger scale. McGee wants to help football players identify passions outside the game, then develop a business plan and an individual brand around those interests. They can be anything. Reducing gun violence. Expanding music in schools. Pushing for social justice. Teaching computer code. Whatever the cause, McGee believes he can help players get their voices heard. [NewsOK]

Seeing how athletes can leverage their credibility during their playing years, both to have positive influence and long-term economic independence is a really cool idea.

• The Pokes were able to get another W in part by going back to their roots – leaving the zone defense behind.

“We’ve totally just flipped the page and went back to what we started,” guard Lindy Waters said.

The Cowboys played minimal zone on Saturday in a loss to Texas. They hardly played any against TCU.

Instead, they returned to playing aggressive, forcing 14 turnovers and committing only 13 fouls.

OSU forced turnovers on 21.6 percent of TCU’s possessions, the best mark since Dec. 8 in a loss to Houston. [TulsaWorld]

• An early number swap that told of a position change on the Cowboy football team was interesting.

(Arlington) Hambright’s departure and the move of Larry Joubert from the offensive line to cowboy back where he will be a “fullback-type” player at that position, leaves the program with 18 offensive linemen on campus, 10 of those on scholarship, and four offensive line signees that will be in for the summer. [GoPokes]

Joubert, the late add from NEO in the 2017 recruiting class, hadn’t seen the field much as an offensive lineman so what can it hurt? Zac Veatch had a positive impact on the Cowboy Back role when he switched from guard to H-back, it can’t hurt to have more options.

• Here’s a short list of some names to peruse for juco players (and grad transfers here) still available as a late add.

• Where the concept of “manners” originated from – picked up this read at a used bookstore recently, I’ll let you know if it becomes required reading for my little guy as he grows

• Commentary around this idea of “time affluence” has been interesting