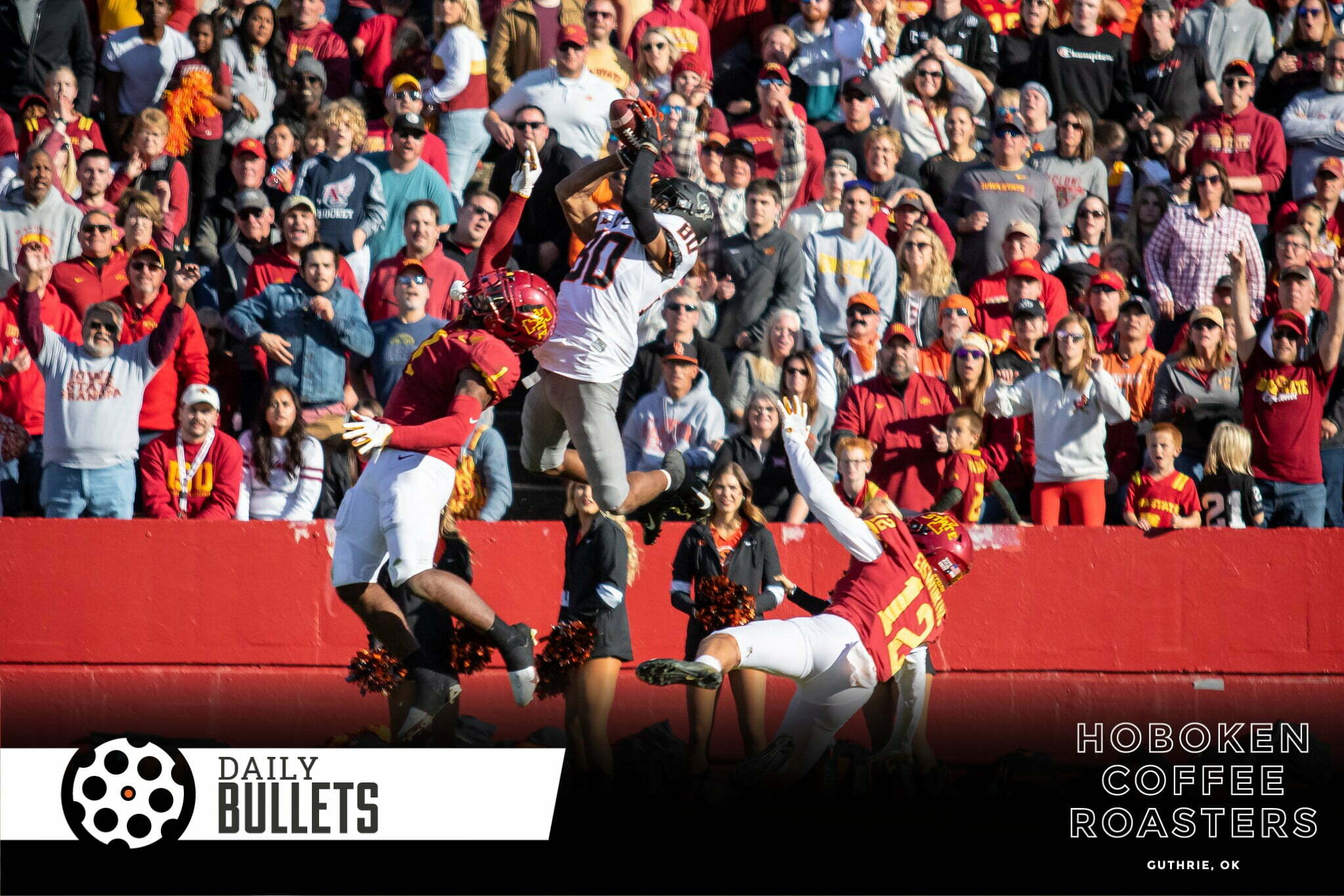 • Per Mike Gundy’s comments a week ago yesterday, he’s hit the ground running on his defensive coordinator search. No intel with this comment but it seems like we’ll have an answer by the end of the week, doesn’t it?

“I’m going to work hard on that over the next three to four days and start moving,” (Mike) Gundy told reporters (last) Sunday in Scottsdale, Arizona.

• We all knew the Brennan Presley catch at Iowa State was amazing – turns out it was the most Randy Moss-esque catch of the year:

• Next level stuff from the graphics folks at GIA on Saturday: