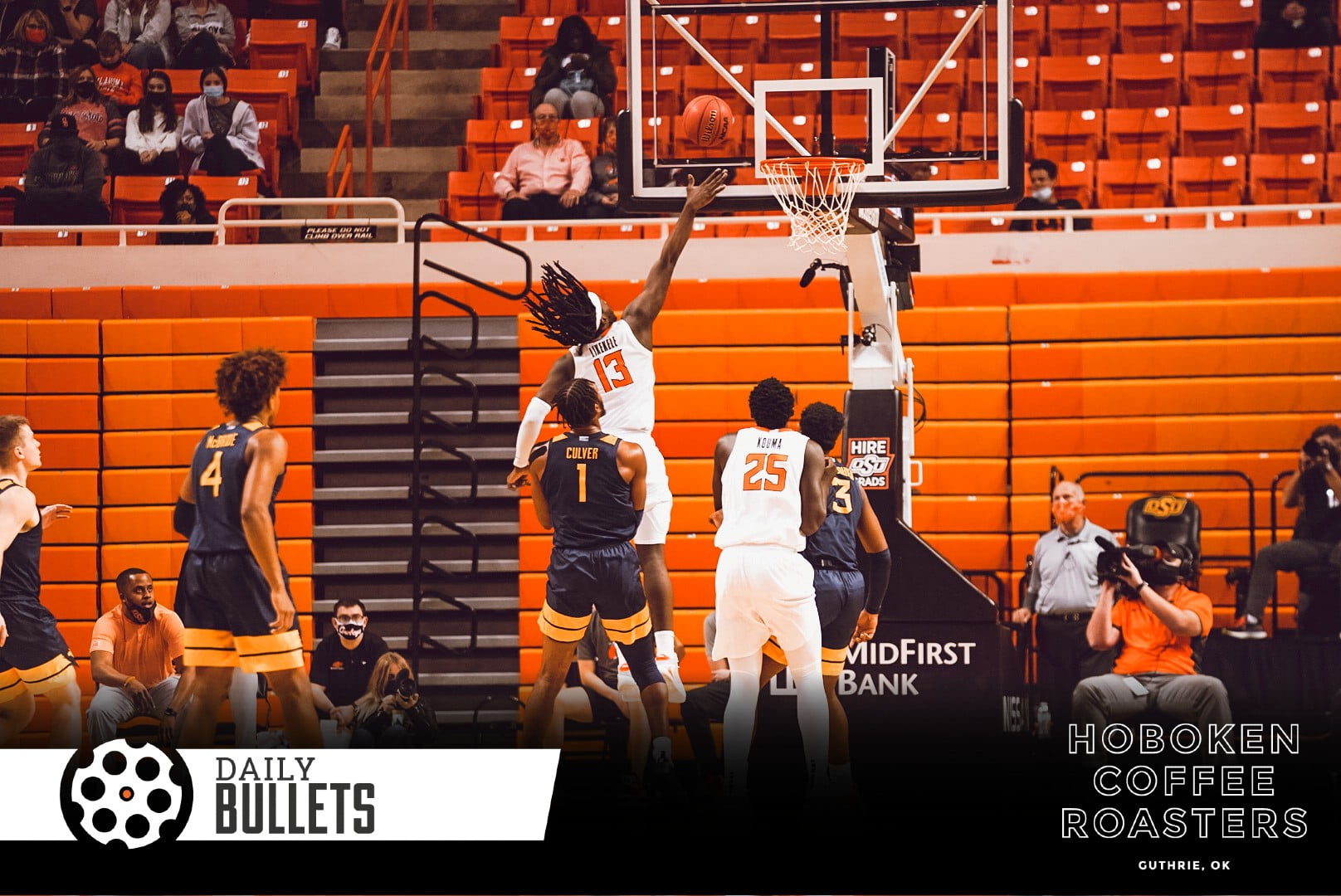 Likekele is like Chianti (Roberts). A great basketball player who does everything well except the one thing people notice the most. Shoot.

Likekele, a 6-foot-4 ox of a point guard, plays everything from point guard to power forward. Guards anyone on the court. Likekele on Tuesday night spent some time defending McCormack in the post, the way Roberts would defend Raef LaFrentz from time to time.

I like everything about Likekele’s game, including his demeanor. The Cowboys have nicknamed Likekele “Ice;” some figure it a derivative of Isaac, but I say it’s his attitude. Expressionless. Focused. I saw him smile the other day and nearly passed out.

• Pro Football Focus has Chris Carson as the No. 2 free agent running back this offseason with his stellar yards-after-contact numbers as a key trait – they have him landing with Pittsburgh in this piece

• The Athletic recently dug into former Cowboy offensive coordinators past and spent time looking at his longest Power Five-stop: Stillwater.

While it’s sort of Inside Baseball, this was the change that Yurcich implemented that stuck out most to Mike Gundy.

They installed a verbiage system in which one word could get the entire offense on the same page in a hurry. The quarterback would shout it, and the offense could line up and rip off any play — not just a base play — and continue to push the tempo.

• CBS has Cade Cunningham as their No. 1 freshman

• CBS Sports’ Dennis Dodd has the Pokes at No. 20 in his way-too-early preseason rankings with the caveat that Spencer Sanders must be more consistent

• Cowboy players are calling the Bedlam game this weekend person, “we don’t like them”