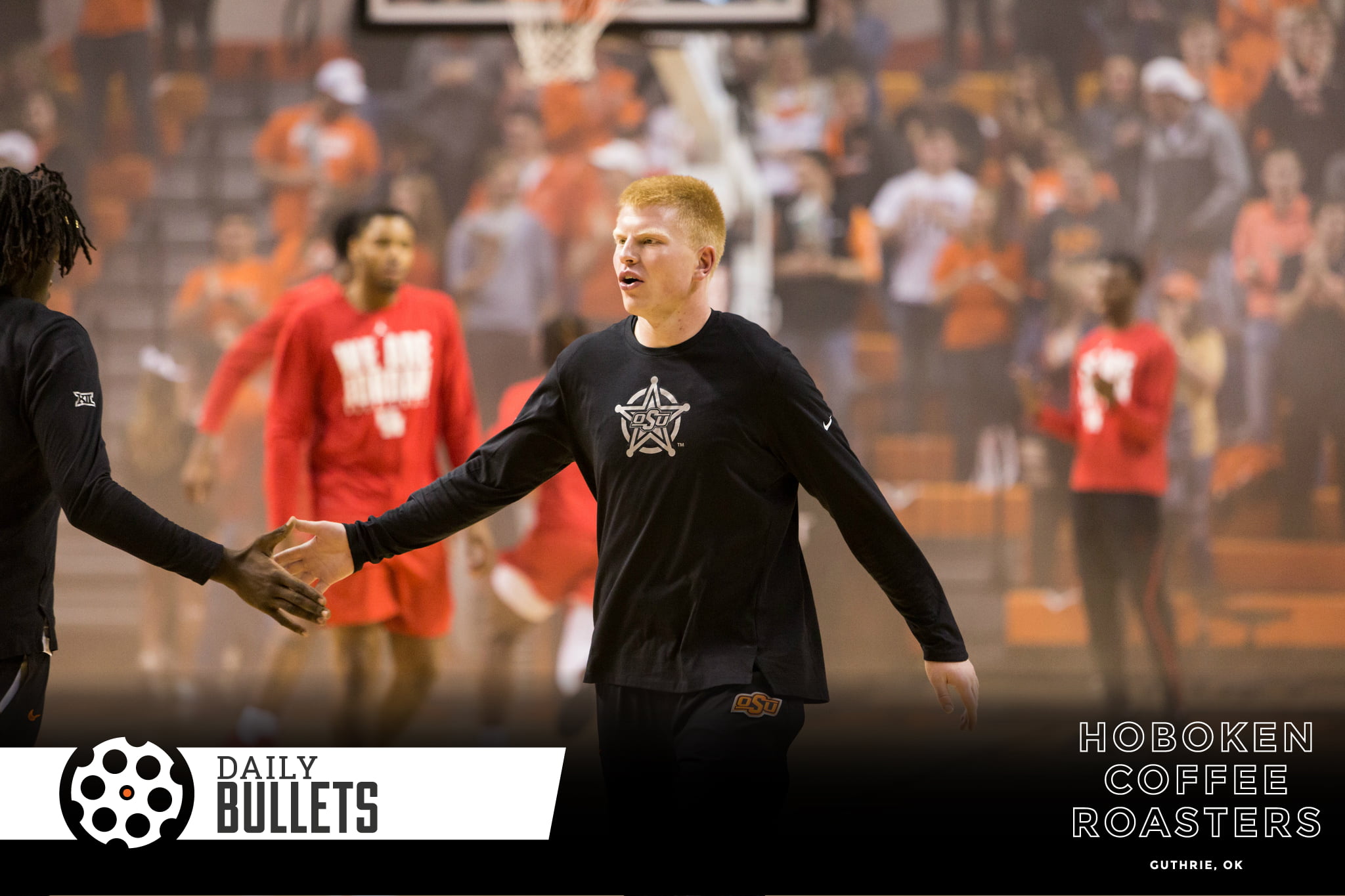 “I say, you work eight hours, and you sleep eight hours – be sure they’re not the same eight hours.”
– T. Boone Pickens

• Before you quit your day job, here are the requirements for the walk-on spots open with Cowboy Basketball.

Now, before you go drop your 8-5 accounting gig for a shot at the big leagues, here are the requirements to keep in mind before you waste your gas money to get up to show off your skills.

• Per program insider Robert Allen, it sounds like there’s no rush on the offensive coordinator hire.

No Monken, no worry because it was never expected.

Neither is a quick hire. If Mike Gundy announces anything before the final recruiting signing day on Wednesday, Feb. 6, then I will be surprised. The football staff is on the road recruiting. In fact, the parking lot has been empty this week except for Gundy’s car a few days and the support staff. [GoPokes]

Dunn and Henson are out on the road but I don’t suspect an interview would change much of Gundy’s feelings on their candidacy. I was holding out for a deal to be sealed last week at the coach’s convention but Gundy has expressed a desire to be considerate of other head coaches and recruiting… the week after signing day may be a better target.

• These stories of R.W. McQuarters and Alonzo Mayes playing for Cowboy Basketball are things of legend (and an unfair expectation for any potential football players).

• Sign me up for the idea of Jelani Woods playing basketball.

Let’s just be honest for a second here, who wouldn’t want to see Jelani Woods throw his absolute wagon around in the paint? The 6-foot-7, 251-pound tight end could surely move some bodies around down low. [CRFF]

What we really need is somebody who can hold their own on the block and play the ten minutes per game that Anei can’t. Cam McGriff can do some smallball center but it’s not optimal. Draymond Green is 6’7″ and 230 pounds – Woods at 6’7″, 250 would be just fine.

• I thought a reader had some great points on the OSU vs. Clemson comparison in this week’s mailbag – a couple of objections but none that overrule his main points.

As I see it, the main difference between Clemson and OSU is that Dabo Swinney is an over-believer. Gundy is inherently fighting generations’ worth of the predominant notion that OSU can never be equal to or better than OU. I think the frustration of the fanbase that hasn’t known the doldrums of the pre-Gundy pre-Boone Pickens era is that even with our 30s and 40s-ranked recruiting classes, we’ve shown that we can compete with the upper echelon programs. [PFB]

The mental shift that Dabo pulled – outpost to destination is a great point and a great comparison.

The only major assertions I’d push back on is that Atlanta – maybe the biggest talent bed in the country – is two hours away (twice as close as DFW) and their primary rival, South Carolina, has a losing record against them. They don’t share a state with one of college football’s top three programs, they share a state with the 80th all-time winningest program.

Now that he’s in Lawrence, Les Miles Baton Rouge house can be yours—he bought it new a year ago: https://t.co/uQkfuKwqzG pic.twitter.com/NAFoLWpHGJ

• Finished this non-fiction book about a gal who lived in Idaho isolated from society – incredible read.

• This on being fat in America was enlightening.