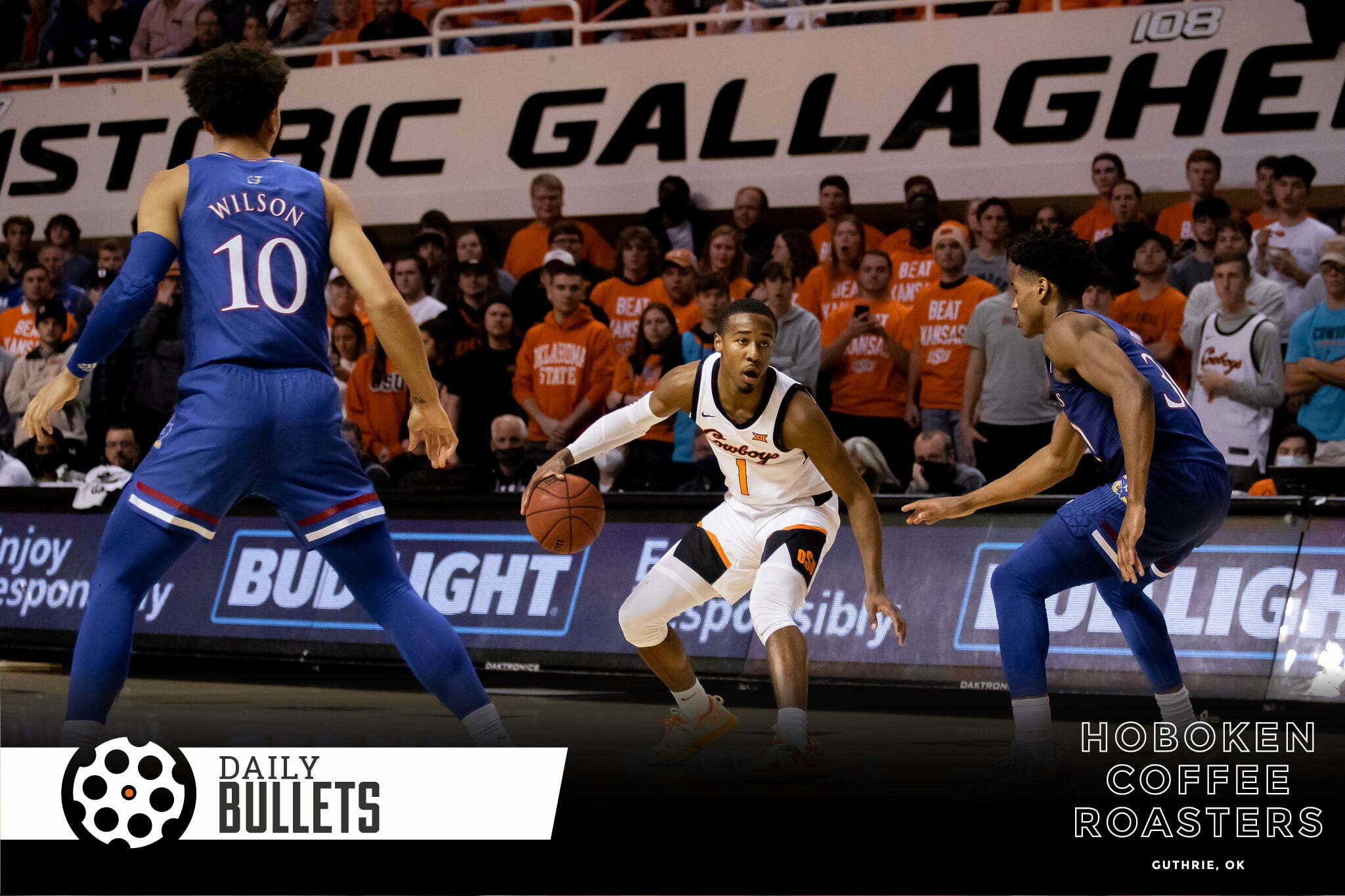 Notre Dame scored with 65 seconds left, but the Pokes recovered the ensuing onside kick, finishing one of the wildest three-game stretches you’ll ever see.

• Has Bryce Thompson turned a corner?

In the five games since (the Houston game), all in Big 12 play, Thompson has averaged 10.6 points, including 14 points against Texas Tech and 19 points in the Cowboys’ win over Baylor on Saturday. Thompson hit some key free throws late to hold the Bears off. Thompson put up that average in a stretch that included games against four ranked teams.

• Crooting Update: Big time defensive line prospect coming to Stillwater this weekend, A running back in the portal that the Pokes were after committed to Mizzou

• Missed this yesterday – Collin Oliver was also named the most inspirational freshman by the FWAA, his coach says to expect big things from this guy

• This makes perfect sense – winning a lot (like Notre Dame) while the offense is neither fun nor miserable:

• Gosh these Barry highlights were fun to watch: