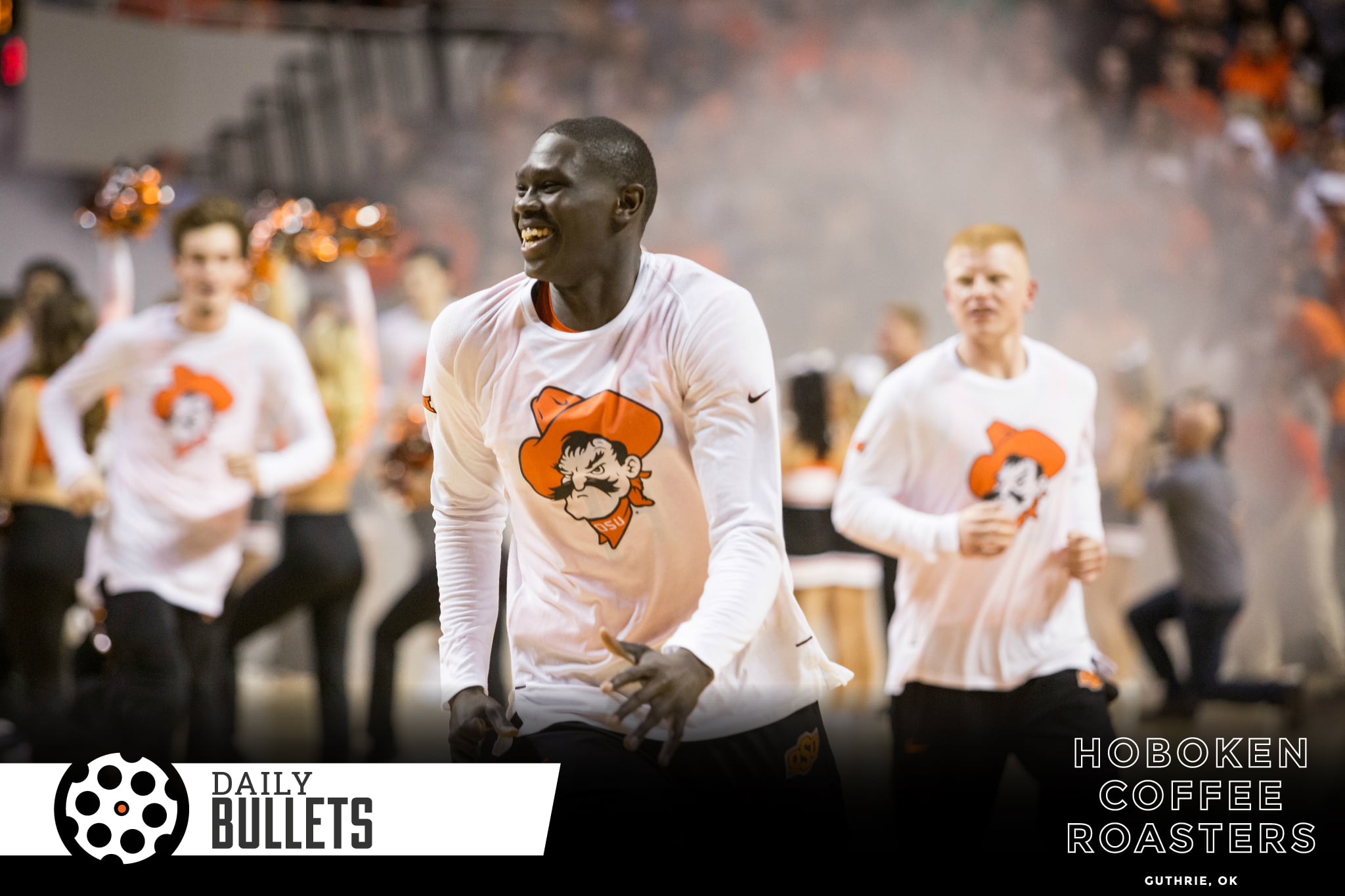 I did my best not to make the Bullets the “Sean Gleeson Show” …but it is the most fascinating non-Deondrick Glass thing to happen to Cowboy Football for the first half of 2019.

• This quote from a former Princeton player explains one of the biggest reasons Gundy was able to pull the trigger on Sean Gleeson.

“No matter what kind of scheme he does there, and he has a lot of creativity with that, you can just pointblank, hands down, expect to see fast and physical football that really wears down opponents’ defenses.” [PFB]

I appreciated how Yurcich used the gas pedal judiciously – at times leaning heavily on the gas and others slowing it down. But the desire to fly is something intrinsic to the Cowboy offense and that won’t need to be taught to Gleeson.

(Princeton head coach) Surace lost offensive coordinator James Perry to a head coaching position at Bryant in 2017. Perry improved Bryant’s output by nearly 100 yards per game in his first season and just got named head coach at his alma mater, Brown. Surace then moved Gleeson into the role. With Gleeson in charge, PU went from 34.6 points per game, to 38.2, then 47. [SB Nation]

• Something hanging over from Saturday’s game was the impact Yor Anei had.

Although Yor Anei’s 8 points weren’t anything gaudy, the freshman center ripped down a game-high 11 rebounds, and at plus-18, his plus/minus was more than double any other player. On Friday, junior Thomas Dziagwa told him about the physicality of which South Carolina’s big men Chris Silva and Felipe Haase would play. [PFB]

Even when players got past him, you could see them threatened by his capacity to slap their shot off the board.

• I understand there would be diminishing returns for him taking a higher volume of shots but I’d be really interested to see that upper limit tested.

• If you’re positively-inclined, here’s a good conclusion to reach about the Gleeson hire.

Any hire can fail. Maybe Gleeson is too used to guys who “can really process the information” and are “not NFL players,” and he struggles with the leap up in both athleticism and potential. He wouldn’t be the first. Plus, even with Gundy’s guidance, it took Yurcich a little while to grow into his new role.

But Yurcich did grow into the role. Odds very much favor Gleeson doing the same. And with the reputation both Gleeson and the Princeton football program have quickly built, this hire might be good enough that Gundy is forced to make another one in a couple of years. [SB Nation]

How tainted are we by the Yurcich Era where hiring from an Ivy League school feels semi-normal and worth being optimistic about? Both seem to be good things more easily acceptable after the Shippensberg-hire.

Gleeson should be a hit as long as he avoids one thing:

Regardless of how things end up, someone please let Sean Gleeson know that he is not allowed to run draw plays on 3rd and long. Chuck it deep and throw an INT, but don't run the draw play even though works most of the time. Makes the fans TRIGGERED.

• It’s hard not to assign football-value of a player exclusively by who else has offered a guy, but 2020 linebacker commit Josh White has a pretty impressive list of offers.

Oklahoma State is going to have to fight off LSU, as well as a few other schools, to keep linebacker Josh White committed. This past weekend, just 14 days after LSU offered, White was in Baton Rouge on an unofficial visit.

• These comments from a pastor who lost his wife of 14 years and what he misses most was penetrating and not just for Christians:

I mean “invisible” almost in the sense of when a girl looks at a guy in a movie and says, “You see me.” She means there is a person in this world who gets her, who understands her with a depth of intimacy no one else does. Of course, in the movies, they usually say this after knowing each other for five minutes. But after 14 years with Cari, I felt like she saw me—all of me—and loved me anyway. The good. The bad. The ugly. She saw my imperfections and challenged me to grow. [The Gospel Coalition]