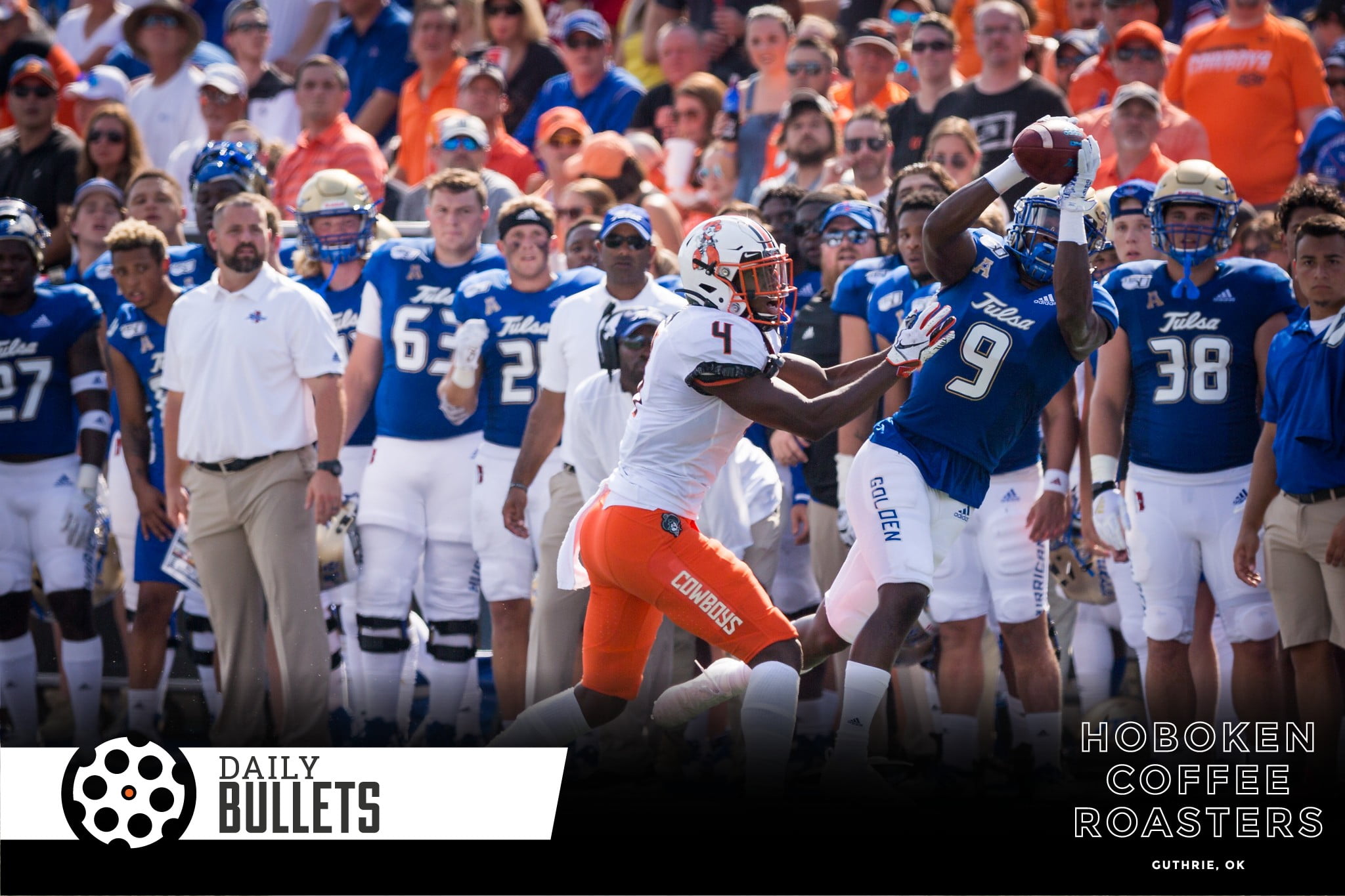 • The left tackle solution for the Cowboys sounds to be a pretty easy one. Not that replacing Dylan Galloway’s experience and skill will be easy but there’s a natural option on deck.

Through three practices of spring, before the shutdown, (Tevin) Jenkins was already getting a look at left tackle, where Galloway had started most of the last two seasons. And Jenkins is the team’s best offensive lineman, with an NFL future, so slotting him in at left tackle seems obvious. [NewsOK]

• I really like how the Cowboys addressed the hole at cornerback left by AJ Green:

The cornerback position looks to be somewhat of a question mark this year with A.J. Green’s NFL departure. And while the arrival of Missouri transfer Christian Holmes should shore up some concerns — and Jarrick Bernard’s move from safety to corner, too — it’s not definitive yet who will take on CB1 duties opposite Rodarius Williams. [PFB]

The article was on second-year players poised to break out and it’s hard to not make that conversation all about Langston Anderson.

• Big 12 commissioner Bob Bowlsby noted to “expect that there will be such disruptions” if football is played – take heed Cowboy fans. Even if we get a season, Bob B. tells us how it is to be.

Big 12 commissioner Bob Bowlsby, contacted by @DMRegister after Marlins canceled Monday night's game: “If we are advised that it is OK to play the (football) season, we should all expect that there will be such disruptions."

• This map was fun to play with – you can drag countries/states around and compare their sizes to other countries/states
• Sign me up for Thunder/Rockets in round one
• When’s the best time to work out/exercise?
• I like this idea of prioritizing the non-urgent