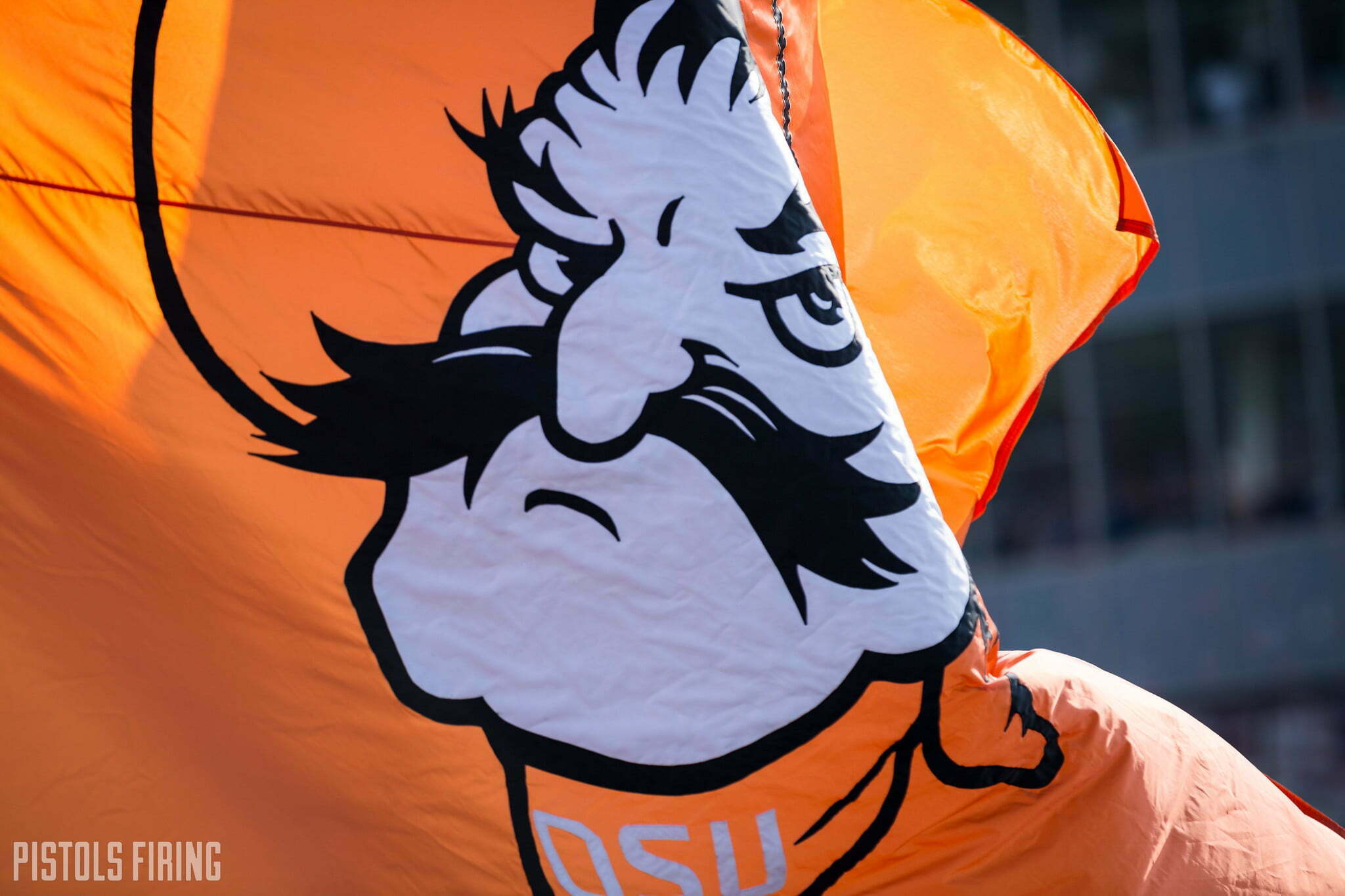 Next up in the 2020 recruiting class film study series is former TCU signee and Oklahoma native Dominic Richardson. Before we take a look at the in-state running back, you can find my previous breakdowns in this series below:

Richardson did it all for the Bishop McGuinness Fighting Irish during his high school career. He played running back, lined up at receiver, took snaps at quarterback and played special teams. The 6-0, 205-pound back finished off his senior season with 1,719 yards and 17 touchdowns on 169 carries (11.3 yards per carry). Also known as “Nic Nic”, he was granted a full release from TCU and signed with Oklahoma State where he is already on campus with the team.

I was able to watch 5A Bishop McGuinness’ regular season contest against Del City (6A, 9-3 record), and their playoff matchups with Bishop Kelley and Edison (Tulsa). In these games Richardson was the star of the show, and I will use this film in my breakdown of him below.

During the three games I watched, the Fighting Irish utilized zone running plans, primarily outside zone, pretty frequently. On these plays the running back has a particular aiming point, but he can cut up the field wherever he sees a an open running lane. This allowed me to access Richardson’s field vision as he is making the decision of where to attack the defense on these plays.

Overall, I thought he had excellent vision for a running back at the high school level. He seems to have a natural awareness, and he’s very patient behind the line of scrimmage waiting for holes to open. On occasion, he was sometimes a little too patient and would get stopped behind the line of scrimmage. When Richardson decides to hit a seam, he does so with an excellent burst of speed. Below you’ll see a nice run from him out of the Wildcat formation.

I did notice that he would sometimes try and force something around the perimeter of the defense, which got him in trouble, but I don’t see this as a major issue and it’s something the OSU coaching staff will be able to work with him on during his time in Stillwater.

Richardson doesn’t have elite elusiveness, but it also isn’t a part of his playing style. However, he does have good bounce in his step and I think it’s enough to make guys miss at the college level, but he really is more of a downhill, powerful runner. In addition, he has patient feet, which help with the field vision that I mentioned above, and he does well to square up his body and deliver hits onto incoming defenders. And, after delivering the hit, Richardson has the balance to bounce off the defender and continue gaining yards. As you’ll see in the following clip.

If Richardson is brought down, he does a good job of controlling his body to always fall forward. He also has a nice stiff arm which allows him to fend off would-be tacklers and continue toward the end zone.

Don’t let his aggressiveness fool you though, he has the home run speed as well.

I’ve already mentioned this above, but Richardson is a strong runner who is not afraid of contact. He has a solid frame and looks like he can add more muscle in college. If he adds 10-15 pounds he will be a nightmare for opposing defenses to bring down in the open field. Richardson has great leg drive and at times would be carrying multiple defenders with him for extra yards, as you’ll see below.

He has a tendency to run a little upright sometimes, but again, this is something that can be worked on and improved as he matures as a running back at the next level.

Richardson is a really good receiver at the running back position. As I mentioned earlier, he was split out as a slot receiver about as often as he was lined up in the backfield. He has great hands and was targeted in the passing game multiple times per game. I only saw one drop, and he had several nice grabs like the one shown in the video below.

Along with his hands, he’s also a solid route runner. He mainly was running out routes or deep go routes, but I also saw him run several other route patterns. Richardson was able to create separation with his straight line speed as well as with some nice double moves. This could be a huge asset for the Cowboys as Richardson’s threat as a pass catcher will keep defenses on their toes.

With Richardson involved in so many plays, either as a receiver, running back or taking direct snaps in the Wildcat, there weren’t a lot of opportunities for me to evaluate his ability in pass protection. From what I saw, he’s a capable blocker and moves his feet well to stay in front of defenders. Similar to his running style, he isn’t afraid to take a hit and does a good job of standing his ground and absorbing contact.

When it’s all said and done, I think TCU might regret how they let things end up with Richardson. After some time in the weight room with OSU’s strength and conditioning staff, I think Richardson will be a problem for Big 12 defensive coordinators. Personally, I think he has the size and talent to be an every-down back and would also be a great one-two punch when partnered with a smaller, shiftier change of pace back.

After watching film on Richardson, he’s moved near the top of my list for favorite players in this recruiting class, and though we may only see him in a few games next season if he redshirts, I think he is the type of guy that can come in and contribute right away.