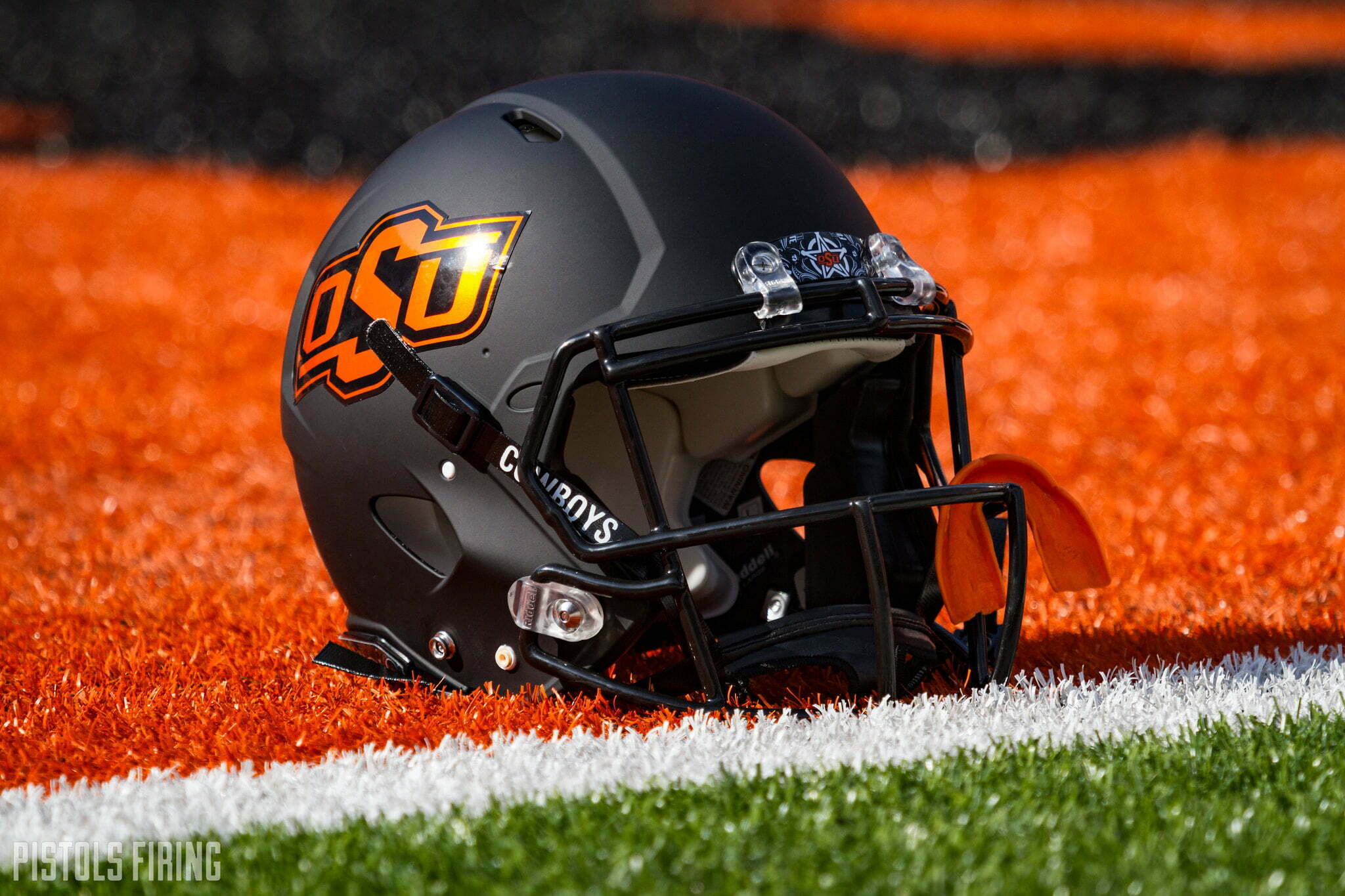 Next up in the 2020 recruiting class film study series is three-star tight end (Cowboy Back) Quinton Stewart. If you want to check out my other posts in this series, see the links below:

Stewart is the sixth-highest ranked recruit in the 2020 class. He was an early enrollee at OSU and is currently listed at 6-3, 238 pounds on the Cowboy roster. Stewart played for Salina Central in Salina, Kansas and was named to the 2019 Kansas 5A All-State team. He also played on the defensive side of the ball and excelled as a two-way player for the Mustangs.

I was able to watch two games from Stewart’s senior season. Salina Central’s matchup with 6A Hutchinson and its first round playoff loss to Andover. The below clips will be from those two games.

Now, let’s get into the breakdown.

Stewart’s route tree was fairly limited in the two games I watched. Primarily stick routes, curls, seams and arrow routes out of the H-back position. He’s not an overly dynamic route runner, but he does well running the routes listed above.

Stewart does a good job quickly sitting down on the stick route and flipping his body back towards the line of scrimmage. He has the ability to alter the pace of his routes and adjust based on if the defense is in man or zone coverage. In the video below you’ll see an example of this as Stewart makes the catch on the shallow crossing route.

He’s not going to create separation on deep routes, but he has good burst off the line of scrimmage and isn’t afraid to get physical. Also, Stewart saw a fair amount of press coverage against Andover and handled it well.

As his route tree expands at OSU, he will need to work on his footwork, and will need to continue working to use his body to get good positioning as he won’t be able to create separation with his foot speed alone. Overall, I liked what I saw from Stewart, but believe he has some room for improvement in this category.

Stewart showed soft hands and made catching the football look effortless in the film I watched. He does a great job of catching the ball away from his body and snagging it in traffic. In addition, Stewart wasn’t afraid of contact after the catch.

At 6-3, he has a good catch radius and is comfortable extending his arms and grabbing inaccurate throws. Stewart also did a good job of going up and getting the ball at the catch point over the top of smaller defensive backs. In the clip below you’ll see Stewart make a nice catch between two defenders.

As I mentioned above, Stewart doesn’t have breakaway speed, but he still has some nice ability to pick up yards after the catch. He’s got a little bit of lateral wiggle and it was enough to make guys miss at the high school level. Additionally, he’s got great balance and can absorb contact and continue pushing forward through the oncoming tackler.

The Kansas native was often asked to block from the inside receiver position and showed decent ability as a stalk blocker. Once he get his hands on a defensive back, he has the strength to steer that defender where he wants him to go. There weren’t many times that I saw him get poor hand placement and he never looked confused in his blocking assignment. Also, as you can see in the clip below, he is a very physical blocker.

Stewart normally took good angles, although he struggled at times to laterally move and stay in front of defensive backs. However, he always stayed in engaged in the play and continued pursuing his block to the whistle.

Salina Central had Stewart lined up as an H-back or receiver more often than as a true tight end, but he was a good overall in-line blocker in the two games I watched. His size and strength allowed him to bully opposing defensive linemen and linebackers. The following video shows Stewart blocking from the tight end spot.

As I mentioned above, he has great hand placement and uses his length well. Additionally, he looks to have fairly solid technique in terms of both run and pass blocking and did a great job as the lead blocker through the running lane. There’s still room for improvement in terms of his footwork as a blocker off the line of scrimmage, but it is all coachable and I believe he has the skill to be a really good blocker at the college level.

With Jelani Woods, Logan Carter and Dayton Metcalf returning for the Cowboys, I’m not sure how much action Stewart will see next season, though I do think he already has the size and strength to play at the college level. I could see Stewart redshirting next year, but I strongly believe he will make his presence felt in the near future for the Pokes.