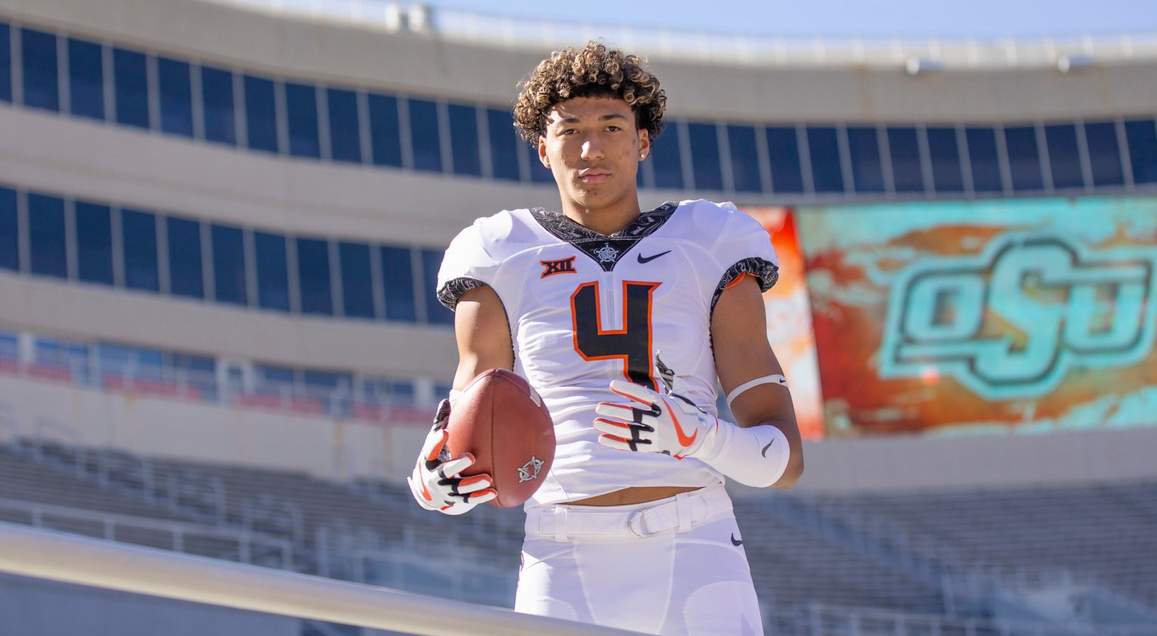 Next up in the 2020 recruiting class film study series is three-star wide receiver Matt Polk. If you want to check out my other posts in this series, see the links below:

Polk is currently the fourth highest rated player in the class, trailing Illingworth, Pullen and Black. According to MaxPreps.com, he finished his senior season at Saguaro High School with 28 catches for 634 yards and eight touchdowns. This was in limited action as Polk was sidelined with a shoulder injury late in the season, including the Sabercats Arizona Interscholastic Association State Championship Game loss to Chandler High School. Polk led the team in pretty much every receiving category and was Saguaro QB Tyler Beverett’s favorite target.

Since Polk was dealing with an injury towards the end of the season, I selected two games from early on last year to watch. The selections were Saguaro’s matchups with Cathedral Catholic, who finished the season 8-3, and Marcos de Niza, who ended their 2019 campaign at 6-6. All of the videos shown below will come from these two games.

Polk’s route running ability was something that really stood out to me early on while watching film. He definitely has room to improve and clean up a little sloppiness here and there, but overall I thought he did a solid job. In the clip below, you’ll see Polk running a speed out.

One thing I noticed early on is that he does a good job of sinking his hips, quickly slowing his forward momentum and working back towards the QB. Despite standing 6-4, Polk is able to keep his pad level low, which allows him to better sell his inward and outward breaks on routes. He’s definitely a deep threat, home-run hitting receiver, but from what I saw he does have some diversity in his route tree and executes those routes well.

Polk also did a good job of timing his routes, whether that be accelerating or decelerating through his breaks, which allowed him to find space in underneath areas. He’s very smooth in everything he does as a wide receiver and route running is no different.

Similar to his route running, Polk has a lot of promise with his release but there is still some fine tuning that can be done in Stillwater. He has some good moves off the line, whether that be a jab step, using his hands or just blowing by the defender with a great initial burst. Below you’ll see an example of Polk getting by a defender in press coverage.

I would like to see how he works against bigger, more physical defenders at the college level, because with his size he was often able to physically dominate high school defensive backs off the line.

In the two games I watched, I only saw Polk miss one ball that he probably should’ve caught, and that one pass was slightly overthrown. In addition, he made several really nice grabs, like the one shown in the clip below.

He did a good job of compensating from some inaccurate throws on occasion and really knows how to use his 6-4 frame to his advantage. Additionally, he doesn’t get lazy with his hands or get timid when making a catch across the middle. It really didn’t seem like there was anything Polk couldn’t snag if it was somewhere in his vicinity.

Polk is an absolute beast after the catch and is definitely not afraid of contact. Below you’ll see him display this on a wide receiver screen.

Here’s another screen and this time he picks up some big yardage after the catch.

He’s fairly agile for someone standing 6-4 and over 200 pounds, and I think he has the ability to make guys miss at the college level as well.

Polk is hands down one of the best blocking high school receivers I’ve ever seen. He has the want-to and size to be an elite blocking wideout for OSU as well. Polk moves his feet very well and has solid hand placement. Additionally, Polk is always blocking through the whistle and doesn’t seem to ever take a play off.

I really think this will key factor if he’s able to earn some playing time next season.

Overall, Polk has been one my favorite players to watch so far in this class. He’s not an elite level receiver yet, but he does so many things well. Polk will be coming in as one of the tallest, and the tallest if LSU transfer Dee Anderson doesn’t wind up with the Pokes,  receivers on the roster and I honestly think he has a shot to see some action next season just based on his size and the effort he exerts on every play.