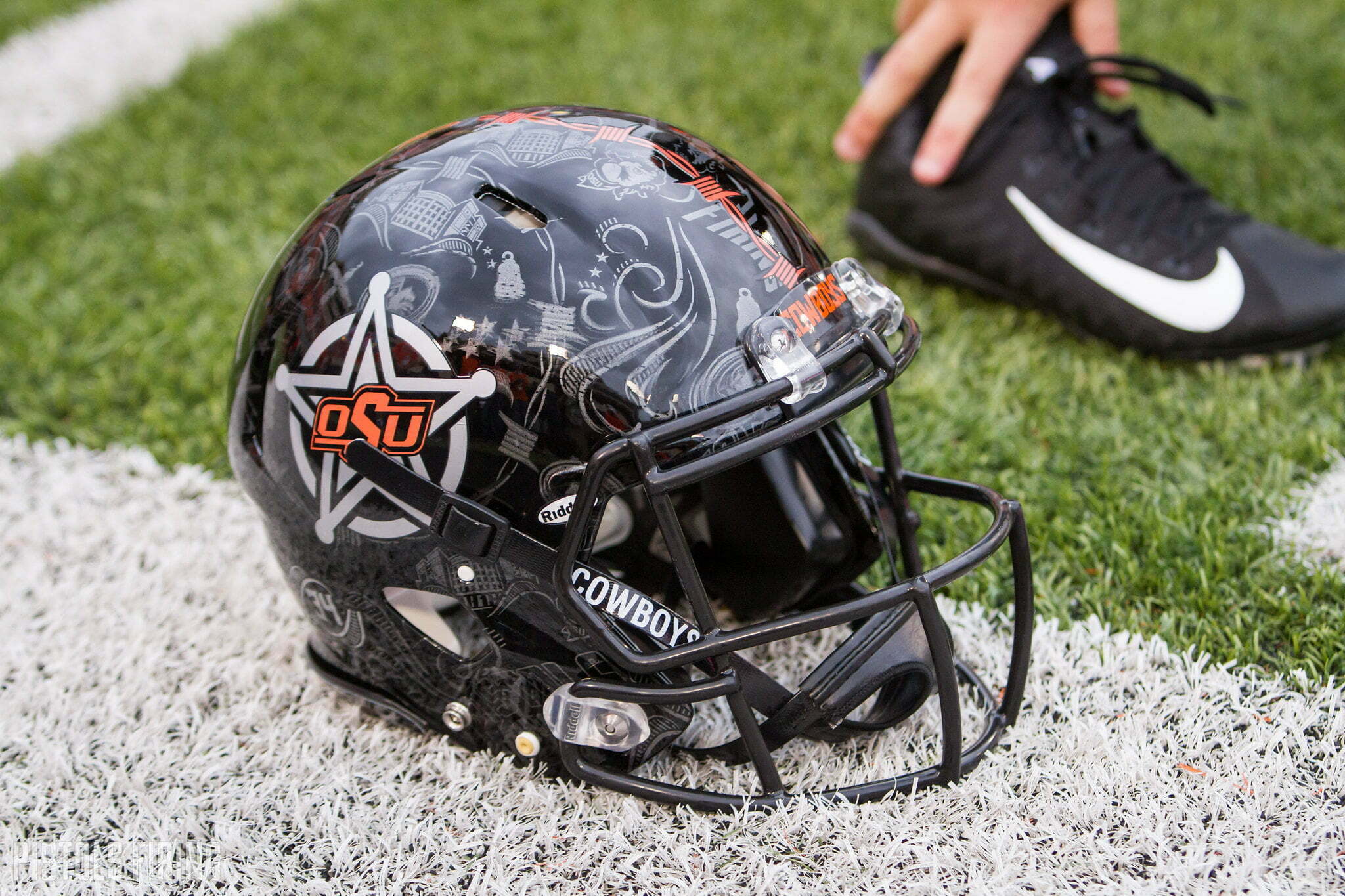 Next up in the 2020 recruiting class film study series is the 2019 Gatorade Play of the Year in Oklahoma, Bixby’s Brennan Presley. Before we take a look at Presley, you can find the previous breakdowns in this series below:

Presley helped lead the Spartans to a 6A Division II State Championship this past season while recording 98 catches for 1,515 yards and 24 touchdowns. In addition, he had 26 tackles and seven interceptions on the defensive side of the ball. Presley also showcased his skills on special teams with two return touchdowns and a blocked field goal. For his career, Presley racked up 3,448 yards on 232 receptions and 40 receiving touchdowns.

I was able to watch three games from Presley’s senior campaign. The state championship game against Gunnar Gundy and Stillwater, Bixby’s semi-final matchup with Del City and their regular season contest with Muskogee, who finished the season 8-3. Bixby ran a no-huddle, hurry-up style of spread offense, and I think this will bode well for Presley as he enters OSU offensive coordinator Kasey Dunn’s system next season.

Now, let’s get to the break down.

Presley is extremely fluid in his route running. He has great lateral agility and does an excellent job of snapping off his breaks which allows him to create separation from the defender. Below you’ll see an example of this on a slant route.

Even though he lacks size, Presley navigates the middle of the field very well and consistently finds open spaces in the defense. In addition, he is insanely quick and shows great burst off the line of scrimmage. On deep routes, his blazing speed allows him to run past not only his defender, but the safety helping over the top. In the film I watched, Presley worked primarily from the inside receiver spot, but he also lined up on the outside. He ran a fairly diverse route tree in high school, including routes out of the running back position.

As I mentioned above, since he operated from the inside more often than the outside, he didn’t face as much press coverage as a wideout playing solely on the outside. However, when the defensive back was playing him tight, Presley showed the ability to get by him with regularity. His explosiveness and quick feet allowed him to get by the defender without being touched on several occasions. When hand fighting was involved, he showed good strength for his size, and was able to win the battle with the defender without disrupting his route. In the following clip, you’ll see the DB in tight on Presley, but the Bixby product comes away with the TD.

Due to his size, I could see press coverage being an issue for him when facing larger cornerbacks at the college level.  Although, if he continues to work on the angles he takes off the line of scrimmage, he should be able to work around contact due to his overall athleticism.

Presley has great catch technique, extending for the ball and catching it with his hands. Additionally, he showed great concentration on slant routes and routes over the middle. Inaccurate throws also weren’t a problem for Presley, as he has the athletic ability to make diving and leaping catches. Even with his 5-8, 160-pound frame, Presley shows good contested catch making ability. He uses his 36-inch vertical jump to go up and snag the ball out of the air, as you’ll see in the clip below of him making an interception.

Watching Presley run with the football is like something out of a video game. He is absolutely electric whether he’s returning kicks, getting a direct snap in the Wildcat, taking a handoff or catching the football. And, it’s not just about his speed. His field vision is incredible, and he is an extremely patient runner on screen passes and fly sweeps, waiting for his blocks to develop and then running behind them. In the first clip below you’ll see him use his speed to pick up big yardage after the catch.

Presley’s ability to stop on a dime and make a cut is pretty amazing. In the below video, you’ll see an example of this.

Additionally, something I wasn’t expecting from Presley is his physicality when running with the football. He wasn’t often brought down by arm tackles and showed the willingness to run through players to pick up a first down or get into the end zone.

I wanted to end this section by showing his kick return in the State Championship.

In the three games I watched, Presley wasn’t involved as a blocker in the running game very often. Bixby’s offense seemed to take the Art Briles’ approach, and allowed their receivers to take inside running plays off. Since Presley was such a focal point of the offense, this made sense, but most likely hindered his development as a blocker. However, when asked to block, he was solid in his “stalk” blocking approach.

Presley showed good effort, and again, surprising strength for his size. He utilized his quick feet to stay in front of the defender and turn them away from the play. This will be an area he needs to continue improving upon at the next level, but if he makes good use of his time in the weight run, I think he could be a serviceable blocker at the receiver spot.

I believe Presley will make an impact right away for Oklahoma State in the return game. Over time, I think he will also be a key part of the offense, used in a variety of different ways. I’m really excited to see what all Dunn decides to do with a guy like Presley.

See below for Presley’s most recent highlight video.