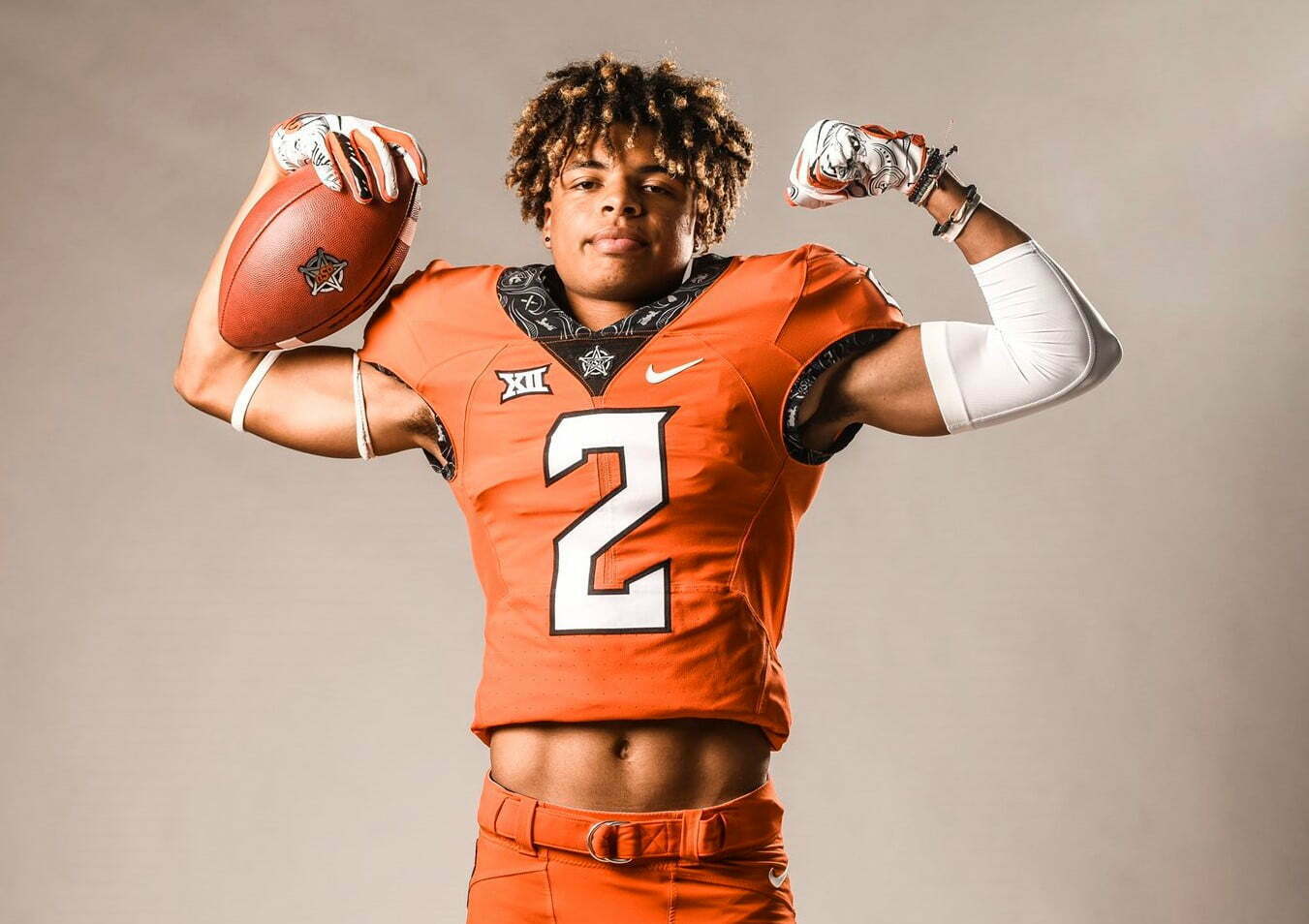 Next up in the 2020 recruiting class film study series is one of two Bixby products in the class, cornerback Jordan Reagan. Before we take a look at Reagan, you can find the previous breakdowns in this series below:

Reagan played both ways for a Bixby Spartan team that won the Oklahoma 6A Division II State Championship last season. He hauled in five receptions for 130 yards and one touchdown on offense, and made multiple big plays on both defense and special teams. I was able to watch three games from Reagan’s senior season. The state championship game against Gunnar Gundy and Stillwater, Bixby’s semi-final matchup with Del City and their regular season contest with Muskogee, who finished the season 8-3. The Cowboys recruited Reagan to play on the defensive side of the ball, and I think he will fit quite nicely into the Pokes defensive scheme.

Now, let’s get to the break down.

Just a few minutes into watching Reagan’s film, his athleticism and length really stood out to me. His long reach allows him to make a lot of plays on the ball at the catch point. In addition, his athletic ability shows in his quick feet and the ease of which he flips his hips and is able to run with receivers up field. You’ll see an example of this in the clip below.

These attributes bode well for man coverage, which he got a lot of experience in playing defense for the Spartans.

Reagan also was given the opportunity to show of his skills in zone coverage during his high school playing days. He did a decent job of following the quarterback’s eyes while also maintaining his zone responsibility. Additionally, Reagan had good timing breaking on routes and often found himself getting in on the action even when dropping into zone.

However, there is room for improvement in the technique department if he wants to excel at cornerback in college. Against Stillwater he was primarily matched up with three-star recruit and Princeton commit Anthony Bland, and Bland got the better of him on occasion with eight receptions for 68 yards and a touchdown.

As I mentioned above, Reagan uses his length well to cause issues for receives at the catch point. In addition, his time spent on the other side of the ball at receiver allowed him ample time to work on his positioning skills in the air when competing for the football. Reagan has solid hands and is strong enough to win most battles for the ball at the high school level.

Reagan saw a fair share of press coverage opportunities in the games I watched and looked comfortable in those moments. He doesn’t utilize his hands as much as you would like, especially considering he has the length to extend and disrupt a receiver’s timing. However, he does well turning and running with pretty much any receiver he was matched up against. Reagan’s athleticism allowed him to get away with not being overly physical at the line of scrimmage, but he will need to work on this to excel in OSU defensive coordinator Jim Knowles’ aggressive style of defense.

Even though he’s only listed at 178 pounds, Reagan doesn’t shy away from contact. He did a decent job of getting off blocks and laid some pretty impressive hits. In the video below you’ll see Reagan make a nice open field tackle on Luke McEndoo, son of OSU Cowboy backs coach Jason McEndoo.

I also saw him included on a couple of blitzes. Reagan does a good job wrapping up and also has the speed to chase down guys and make touchdown saving tackles. As he builds his strength in Stillwater, I see him not having any issues with tackling at the college level.

Reagan was a nice pickup for the Cowboys, and I think he has a chance to be a major contributor down the road. His skill set can work at both cornerback and safety, and I think he will definitely find his place on the OSU defense. I don’t think he will come in and be a big contributor right away, but I think after a year of development he will be a key piece for the Pokes.