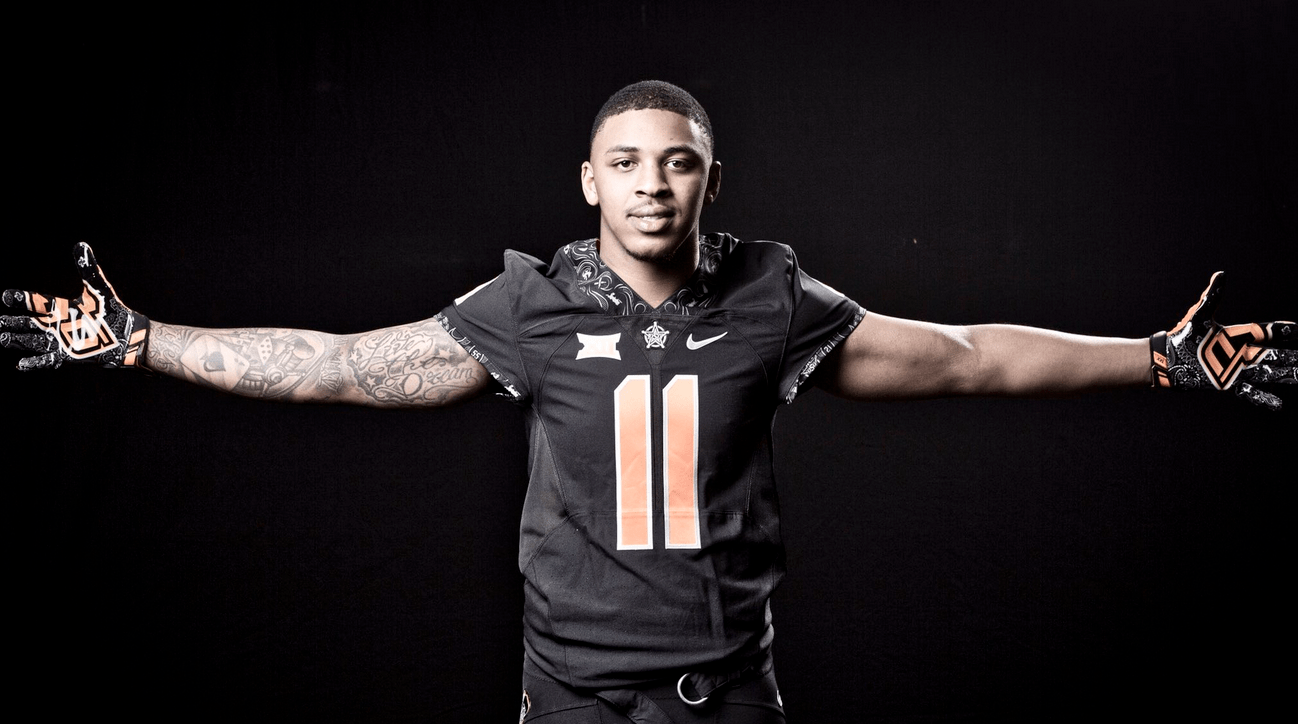 For the next installment of my 2020 recruiting class breakdown, I move away from the incoming high school recruits and look at another transfer in former LSU wide receiver Dee Anderson.

Before we take a look at Anderson, you can find the previous breakdowns in this series below:

Anderson spent three seasons in purple and gold before being suspended last year for what Tiger head coach Ed Orgeron called “conditioning reasons.” During his time in Baton Rouge, Anderson played in 31 games, recording 27 catches for 392 yards and one touchdown. His best season came in 2018 when he hauled in 20 receptions for 274 yards and his lone career TD. These numbers may not look like much, but when you dive deeper into the Tiger passing game that season you’ll notice he was only three catches and 89 yards away from being tied for second-most productive receiver on the team.

Although he’s shown he’s capable of performing at the college level, Anderson’s previous issues off the field are a bit of a concern. He was dismissed from West Mesquite High School’s football team for disciplinary reasons and transferred to DeSoto for his senior year. In addition, he was held out of the 2018 Georgia game and had the year-long suspension I previously mentioned. However, things weren’t all bad as you can find plenty of quotes from Anderson’s former teammates and coaches raving about him, such as the quotes below from Heisman winner Joe Burrow and Coach O himself after the 2018 Louisiana Tech game.

“If there’s an MVP tonight, he was the MVP of the game,” Orgeron said in his post-game press conference. “I thank god that we had him.”

“Dee was eating all night,” said Burrow, who credited Anderson for fighting back towards the ball on a bad throw to draw the pass interference. “When he plays well, we play well.”

Now, after some background information, let’s get to the breakdown.

The three games I watched had Anderson up against some tough competition on the other side of the ball. Mississippi State was ranked 22nd at the time they played LSU that season and finished the year with the top pass defense in the SEC in terms of yards per game. Auburn’s pass defense wasn’t as solid as MSU but they were ranked 7th at the time they played LSU and had a solid defense of their own. Lastly, LA Tech isn’t a powerhouse by any means, but Anderson was matched up against current Las Vegas Raiders’ cornerback Amik Robertson on multiple occasions.

In the film I watched, Anderson was primarily running comeback, dig and slant routes. In addition, I saw the Tigers look to the tall wideout on fade routes several times in the red zone. One thing I noticed pretty quickly from Anderson is he did a great job attacking the leverage of the defensive back and quickly eating up space with his long strides. Along with this, he did a good job of making clean, tight breaks when necessary to create separation from the defender, as you’ll see on the slant route in the following clip.

Anderson also did well selling his routes by quickly changing speed or using head fakes. He’s not afraid to get physical and use his hands at the top of his route breaks to gain good positioning. I would have liked to see a little more out of the route tree, but overall I was impressed by his route running abilities.

As I mentioned above, Anderson was facing some tough matchups in the film I watched, but still managed to hold his own. He saw mix of man and zone, and faced press coverage pretty frequently. Anderson was rarely phased by the tight man coverage and was extremely active with his hands and used his length to his advantage to keep his route timing. You’ll see an example of this in the clip below.

I counted two drops on 17 targets for Anderson in the games I watched. To be fair though, on one of those drops the defender had solid coverage. He did a great job of keeping his hands away from his body, making the catch and then immediately securing the football. Anderson took multiple big hits after the catch and didn’t have any issues maintaining control of the ball. Additionally, he made some insane grabs like this one on the sideline.

And, this one-handed snag across the middle.

Anderson also did well in contested catch situations and did a nice job of going up and grabbing the football out of the air. He uses his length to his advantage not only to create separation from a DB, but to make sure he goes up and gets the football at its highest point.

On tape, his run-after-catch ability was a bit limited by the routes he was running. For slants and comebacks, he had a defender on him pretty quick, but you could tell he was tough to bring down. When Anderson did get a little bit of space, he showed that he has pretty incredible agility for a guy standing 6-6 and close to 230 pounds. Accompanying his above average lateral movement is really good top-end speed… and not just for someone his size.

In the video below you’ll see he can make some people miss after the catch and isn’t afraid of contact.

Anderson’s length is key to his blocking ability. He’s able to easily get his hands on defenders and uses his grip strength and powerful lower body to drive them out of the play. His effort was good most of the time, although I saw it diminish slightly when he was taking multiple snaps in a row on the same drive.

I think his blocking could be a main reason he sees the field early and often for the Cowboys next season. Anderson definitely isn’t shy when it comes to blocking, as you’ll notice in the following video.

With players like C.J. Moore, Jordan McCray and Patrick McKaufman no longer on the roster, the Cowboys need someone to step up into the outside receiver spot opposite Tylan Wallace. The Pokes don’t have any receivers taller than 6-3 on their current roster and the 6-6 Anderson could be a key addition to the OSU offense. If he’s able to keep things in check off the field, I think he will play a significant role next season for the Cowboys.