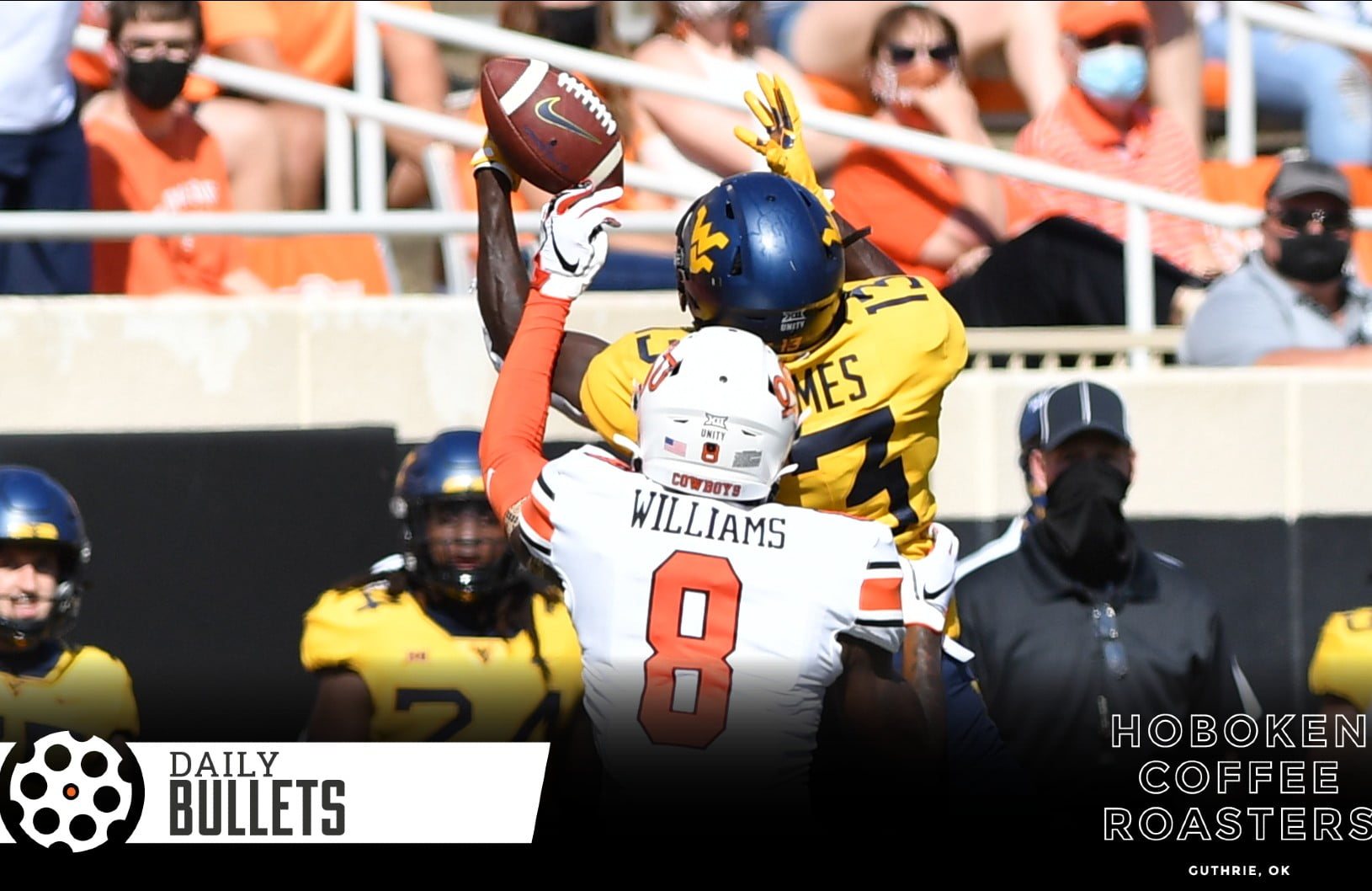 • Kyle Porter is predicting Viktor Hovland as one of the ten guys who could win the US Open:

You always worry about the short game a bit, but the benefit for him this week is that Torrey does not seem like a place where immense experience and discipline are meaningful (like they were at the first two majors of the year). Obviously that’s always true at a U.S. Open, but this is a course more than most that majors are played at where you can let it rip a little bit and not pay huge consequences. Odds: 25-1

• Teven Jenkins signed his rookie deal with the Chicago Bears and they appear to have left tackle aspirations for the former Cowboy.

While many expected Jenkins to replace the departed Bobby Massie at right tackle, GM Ryan Pace wouldn’t rule out Jenkins playing left tackle. Chicago shortly after released veteran left tackle Charles Leno, an indication they have a ton of confidence in Jenkins as a franchise left tackle.

• Mike Boynton is helping select the nation U-19 team

This handy graphic says I’ve got a 58.54 percent chance of happiness on Tuesday night – I’d be pretty happy with all of the combinations on down to Nos. 3 and 18.