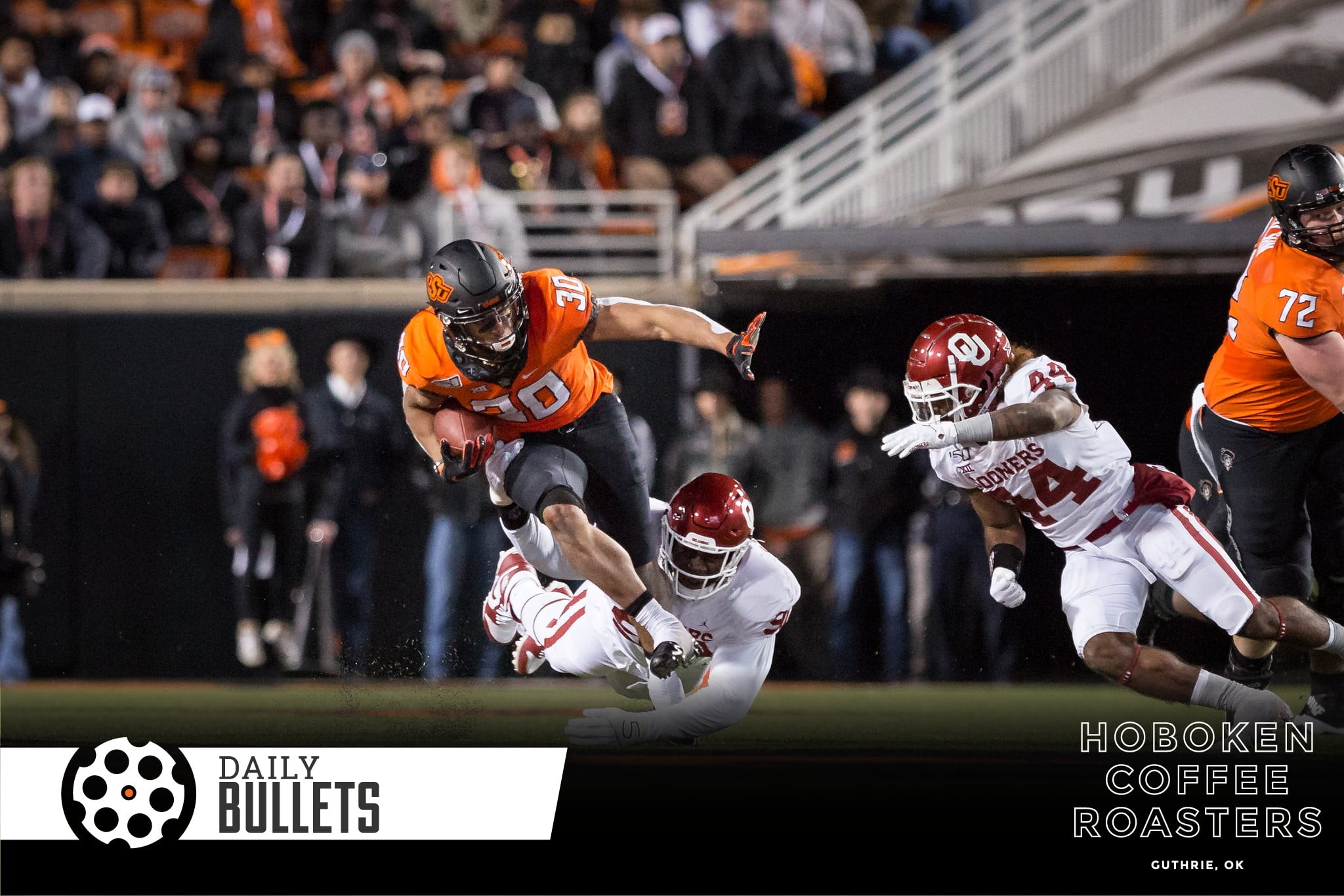 • OSU is adding an LSU right-hander to it’s bullpen – and I may be more excited about that than adding LSU’s Dee Anderson to the football team.

(Eric) Walker was a breakout star in 2017 for LSU, going 8-2 with a 3.48 ERA as the Tigers’ No. 3 starter. Only a freshman, he pitched LSU to the SEC Tournament championship game victory, allowing one run in 7 2/3 innings. He followed that up with eight shutout innings against Rice in the NCAA Regional tournament.

But in a start against Oregon State in the College World Series, he suffered an arm injury that required Tommy John Surgery. [NewsOK]

• Five things to know about OSU’s appeal to the NCAA

• What stands between OSU and the Big 12 championship game this year?

Bedlam
Yes, Oklahoma State needs to win Bedlam. Mike Gundy is 2-13 against Oklahoma. This year he gets OU earlier in the season (October), which is good considering he’s going up against a redshirt freshman QB. He has the veteran QB and more returning starters. [HCS]

It’s a great point about it being early in the schedule and how that plays in the Pokes favor. OSU hasn’t played scared in Norman of late either.

With that being said, I fundamentally disagree with the premise: OSU can (and likely will have to) win enough to get to Jerry World without beating OU. And frankly, I’d rather they did. Can you imagine Gundy having to beat OU twice to win a Big 12 title?

• Soon is a subjective word but it appears there’s a conclusion looming for the recruitment of these twins: