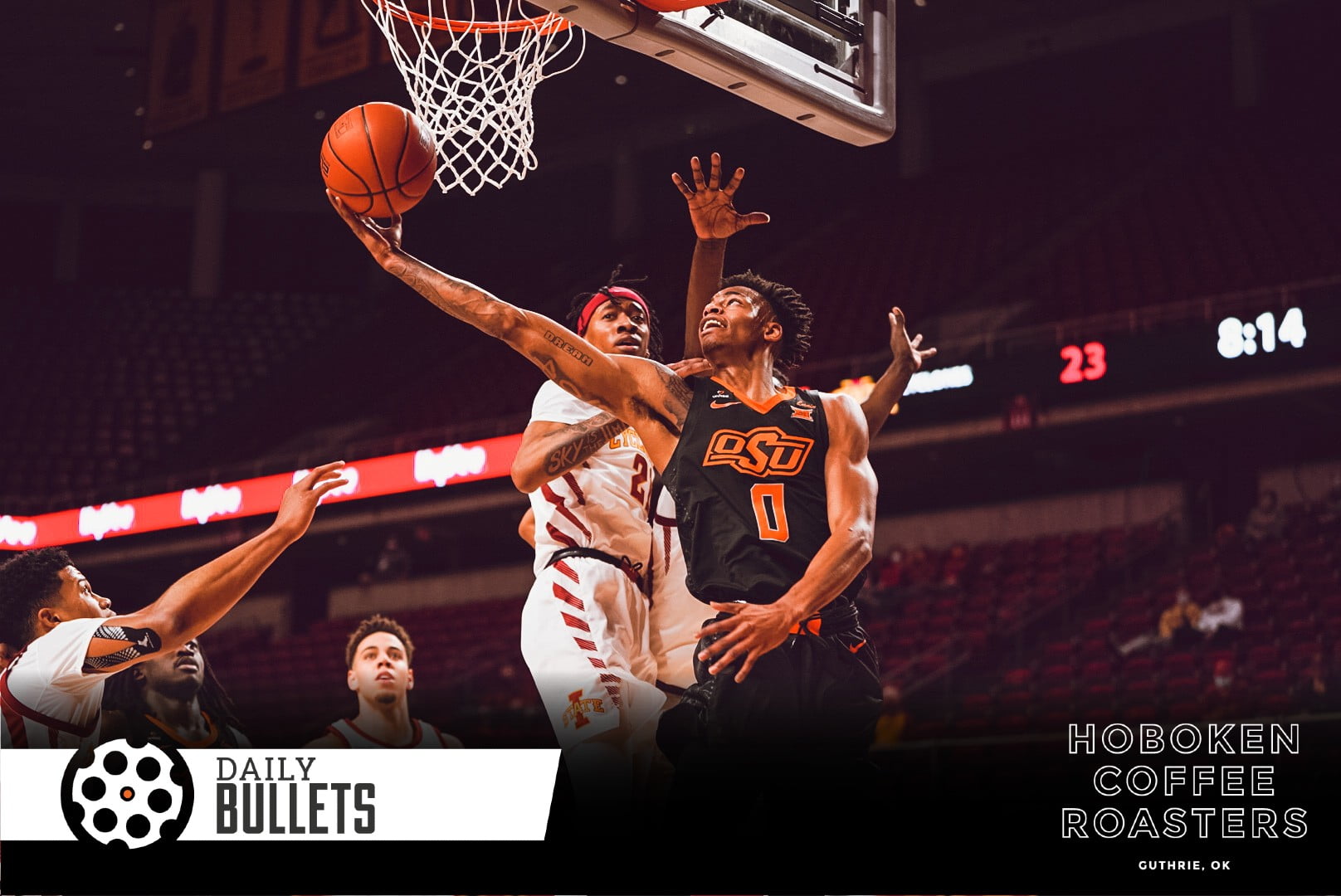 • Bedlam Baseball will be played in Tulsa tonight

• This is really cool – President Bush’s “first pitch” at O’Brate Stadium has been rescheduled to next week. He was initially scheduled to throw in 2020

• After Viktor Hovland finished T3 at the Wells Fargo Championship over the weekend, big expectations as we head toward the PGA Championship

• The Pokes’ freshman 125-pounder is transferring out of Stillwater

Little longer quote but this excerpt where the author references “How to Win Friends and Influence People” as a style of arguing was good.

…And what he teaches you is, don’t come out saying, “You’re wrong and here’s why.” Come out saying, “Oh, that’s very interesting. I think you’re right about that one thing there.” Or, “We have this in common.” Or, “I can understand why you’re saying that,” or, “Here’s something in my experience that confirms what you said.” And once you start by agreeing on something, then you can pivot to, “But now on the other hand, it seems to me that…” and then you can raise your point. And then you’re much more likely to persuade the person…