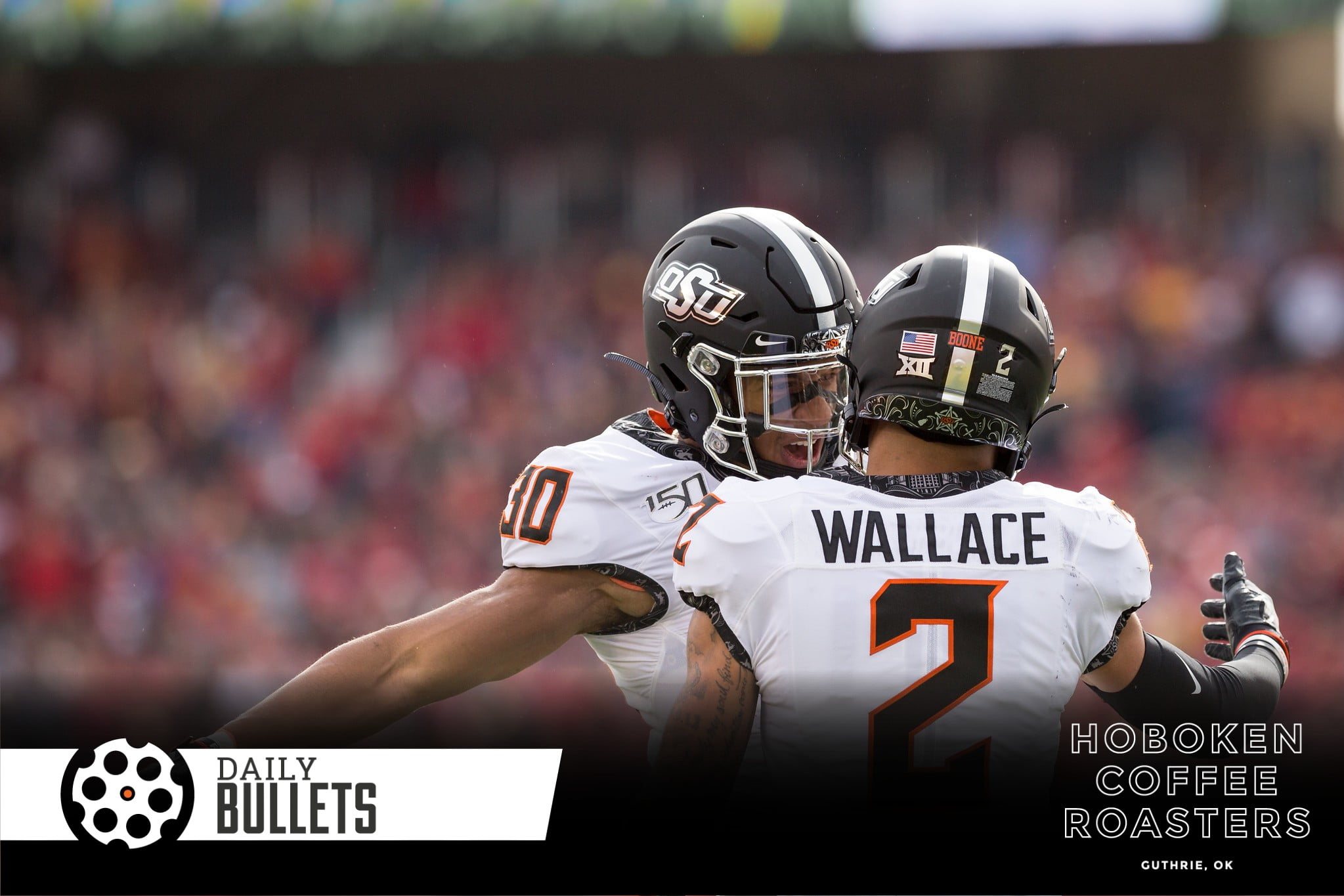 • Tylan Wallace finally heard his named called on Saturday, but he was the 19th receiver off the board. His wait was too long.

• I laid out my Five Thoughts on Cowboys’ draft class and the week in general. (Warning: Hot QB takes included.)

• Mike Boynton has OSU in a good place with a junior college scorer with an all-time name. Rivaldo Soares has the Cowboys in his Top 6.

• Matt Rhule is a defensive coach which means he’s got a keen eye for scouting offensive weapons. But he didn’t have to look at any film for before drafting Chuba Hubbard.

Here’s Rhule on the phone with his fourth round pick:

“You know I couldn’t sit there and watch you run wild on me all those years at Baylor and not take you when I had the chance.” [PFB]

• Mike Gundy has lofty expectations for his top draft pick.

• With the weirdness of 2020 (plus other contributing factors), it felt like Chuba and Tylan had somewhat “pedestrian” years by each of their own standards. I’m just curious how spoiled we’ve become watching such a pair of record-setting superstars.

How much will OSU miss its two dynamic weapons next year?

• One of the few living WWII veterans published a memoir about his wife and their story. (The hardcover’s out of stock on Amazon but I’m keeping my eye out.) [LA Times]

• How one man’s hobby saved another man’s life. [Washington Post]