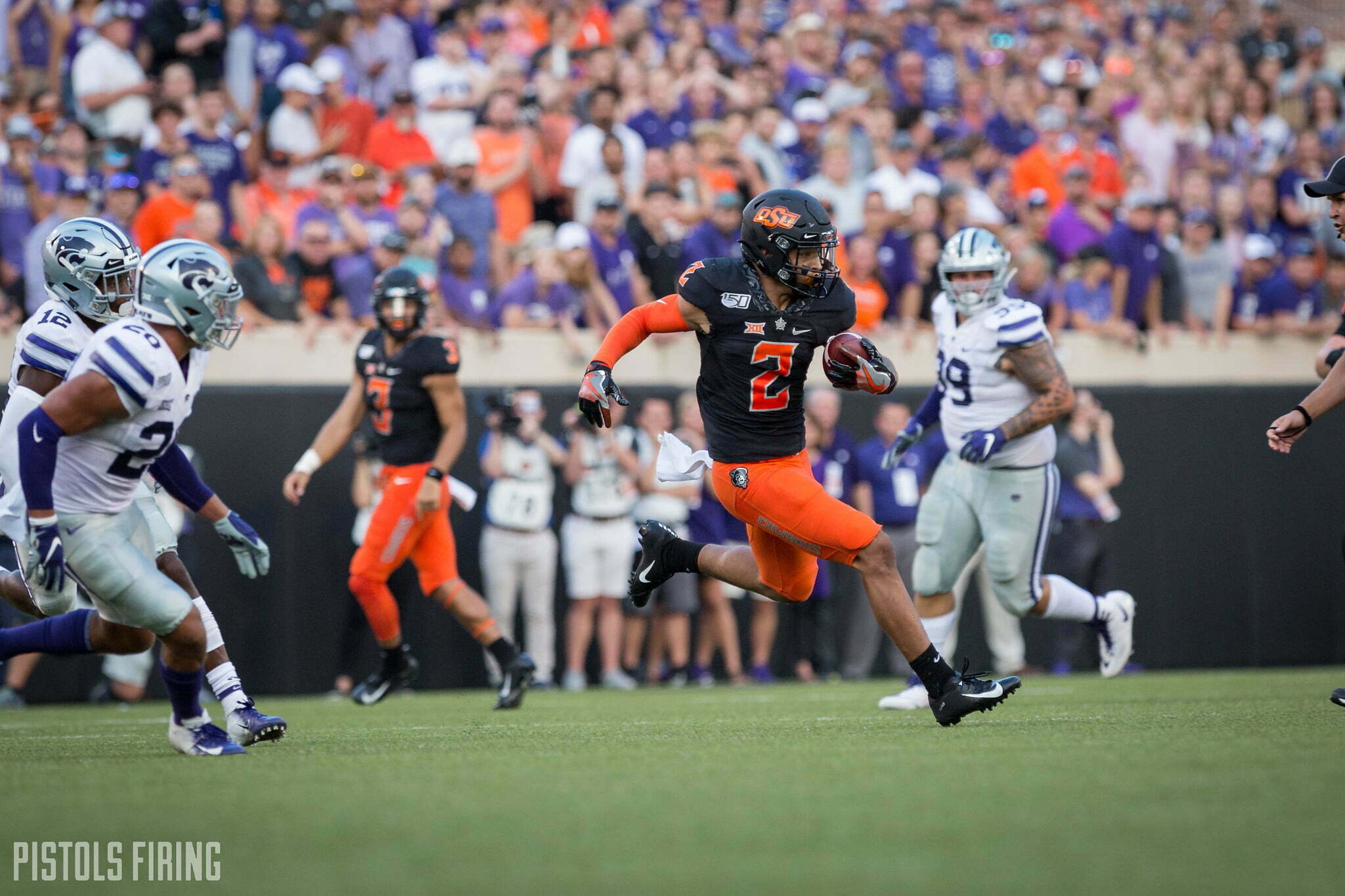 The 2021 NFL Draft is complete, and four Cowboys were selected, tying for the most during Mike Gundy’s tenure.

I spent my entire weekend planted in my office chair, listening to Mel Kiper Jr. and Todd McShay vehemently compare their mock drafts. So I thought I’d share five of the first thoughts to come to my mind after the draft’s close.

1. One of Gundy’s Top Draft Classes

As I stated, this draft class ties with the largest under Mike Gundy, tying with the star-studded 2010 and 2018 groups. It remains to be seen how it stacks up as far as NFL production, but in terms of draft picks, it’s currently at No. 2, slightly ahead of 2018 in average draft round and pick.

The 2010 group had two first-rounders and Pro Bowlers in Russell Okung and Dez Bryant, so that has to be the gold standard at this point. But there is potential for this group to push them when we look back in a couple of years.

But before we get to that, the bad news.

For the first time in the league’s 25-year history, the Big 12 did not have a player taken in the first round. OSU tackle Teven Jenkins was the first player from the conference off the board when the Bears took him at No. 39.

Meanwhile the other four Power conferences combined for 28 of the 32 picks, led by the SEC with 12.

I’ll point out that Jenkins was expected by many to go in the first round, as was TCU safety Trevon Moehrig, who went four picks later than the OSU tackle. It’s still not a good look for the P5 league that was also boxed out of the College Football Playoff last year.

Is this the sign of the Big 12 slipping or just a one-off aberration? I guess we’ll see. For what it’s worth, the conference had five first round picks in 2020, tying the Big Ten for second behind a record 15 by the SEC.

Chuba Hubbard and Tylan Wallace were the next two Cowboys to hear their names called after Jenkins, but they had to wait nearly 90 picks later, midway through the fourth round. Then Rodarius Williams went in the sixth a couple of months after being tabbed as a first-round pick by some.

Chuba was the eighth running back off the board while Tylan was the 19th (!) wide receiver taken. Rodarius saw 30 corners go before him.

I’m definitely no expert talent evaluator nor draft guru, but I have watched and covered nearly every single game in each player’s careers. Thus, it seems like all of them were undervalued for one reason or another. And I think each of them has a chance to prove he should have been taken much earlier.

Every year, as soon as Mr. Irrelevant is penciled in, undrafted free agency officially kicks into gear. Several Cowboys are reported to have agreed to terms with teams including Calvin Bundage, Dillon Stoner, Amen Ogbongbemiga and Cameron Murray.

While going undrafted may add a chip to their shoulders, the deals they sign as UDFAs are often better than what they would have gotten had a team selected them in the seventh round. They also have the freedom of picking between suitors. We’ll keep an eye on these Pokes to see how things pan out in rookie camps and into OTAs.

Taking a step back and viewing the draft as a whole, I had some thoughts on a much-talked about quarterback class. Ten QBs were selected this year starting with transcendent talent Trevor Lawrence at No. 1 overall and ending with Mr. He’s Back, Sam Ehlinger at No. 218.

I’ve written enough about the latter, so I’ll stick with the Top 3 picks in the draft.

Trevor Lawrence: Not the GOAT, Yet

Lawrence might be a generational prospect, but there’s no such thing as a can’t-miss prospect especially when he’s headed to a place where football dreams have (historically) gone to die.

Urban Meyer might turn that all around, so might his No. 1 pick. But the team was horrendous last year and didn’t do enough to improve the offensive line in the offseason or draft to expect an immediate success, in my opinion. If he does turn the Jags into a legitimate contender, Lawrence might really be the GOAT.

Feel free to come back and @ me on this, but Wilson was a one-hit wonder in college against soft competition. And he’s going to the Jets under the guise of franchise savior.

Full disclosure: I’m a 49ers fan and was 100 percent sold on Justin Fields enrolling in the Kyle Shanahan School of Innovative Offense. But I was also terrified of the Niners giving up all of those first round picks to land Mac Jones. This pick landed somewhere in the middle in real time for me emotionally.

With his lack of total experience against a less-than schedule, Lance could very well be the biggest bust in this draft. But … with his playmaking ability, intelligence and skills, he also might be a superstar. Hence, wild card. I’m on the edge of my seat.