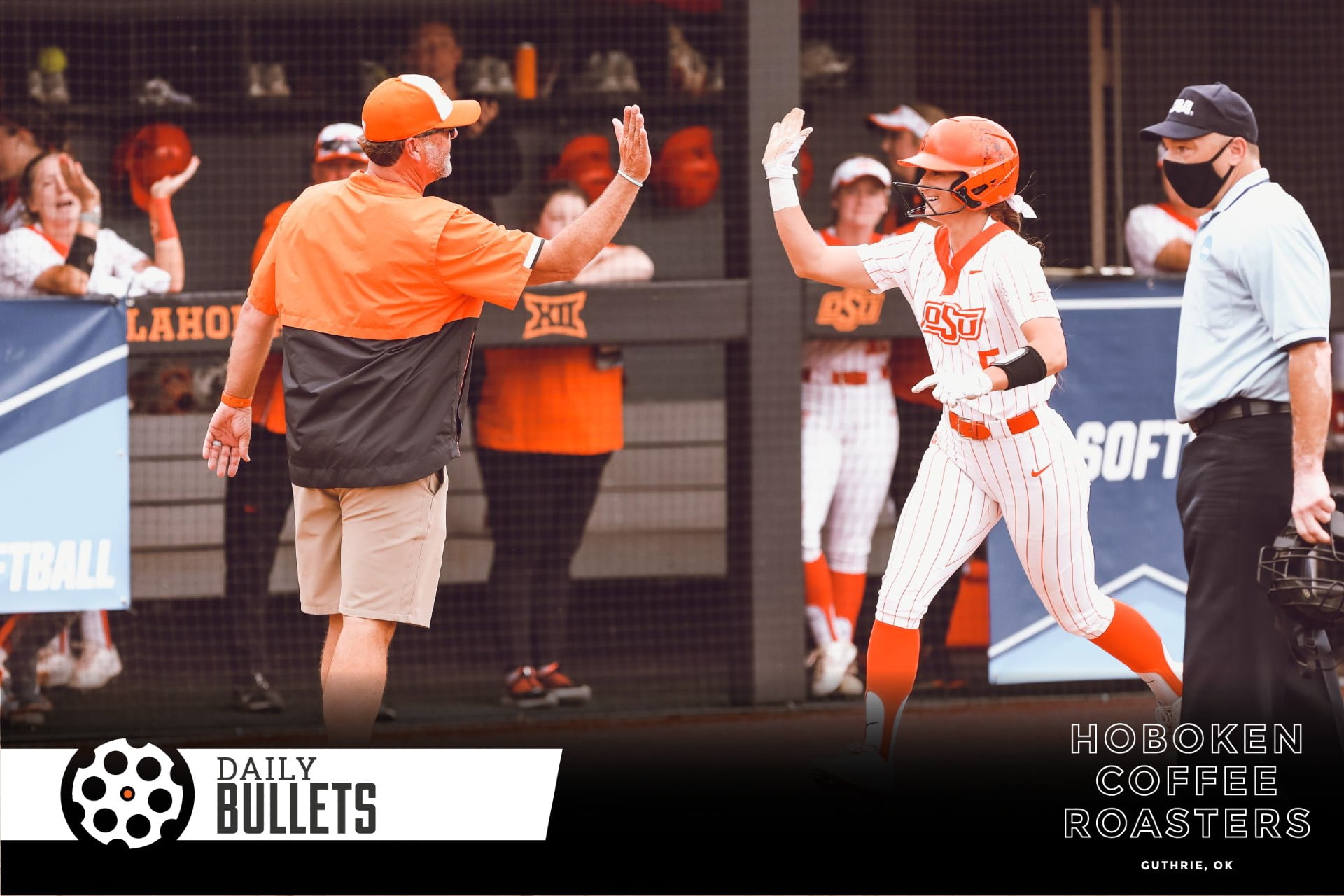 • The Cowgirls’ bats saved the day on Saturday, sending Oklahoma State to the regional final on Sunday.

• OSU baseball’s regular season finale vs. New Orleans was cancelled due to possible weather in the forecast, which means we are officially in postseason mode.

• After losing 9-3 to OSU in the Stillwater Regional, Mississippi State run-ruled Campbell 12-0. So it will be consecutive games against the Bulldogs. If OSU loses at 1 p.m. the teams will play a third time for the regional crown.

• As the No. 5 overall seed, the Cowgirls will host a Super Regional if they win on Sunday. That means OSU could technically win a national championship without leaving the state of Oklahoma.

•The Big 12 Championship bracket was released on Saturday night and the Cowboys and Sooners will square off on Wednesday night.

• Kenny Gajewski talked about the rough start by ace pitcher Carrie Eberle, her resiliency to close it out and the Cowgirls’ bats coming alive in the third.

“I thought Carrie battled through, didn’t think she was as sharp as she’s capable of,” Gajewski said. “She had to really labor and work. And we didn’t help her. We had a couple of errors.

“But overall, just another really good offensive performance, scoring in three of the six innings with some crooked numbers.” [The Oklahoman]

“He made a lot of important decisions in life but throwing that first pitch was like a whole different level of something,” OSU coach Josh Holliday said. “It’s kinda cool to hear him tell the players not to be afraid. I thought that was a cool way to explain what that felt like.

“I think we can all relate. In athletics — coaches and players — we all have fear. It’s a real deal. We fight it every day.” [The Oklahoman]

• If he can make the team (and it’s a decent-sized “if”), is there a more Pittsburgh Steelers guy than Calvin Bundage?

• Live sports has been the bastion of paid TV content in this new era of cord-cutting, but even those walls are beginning to crumble. Amazon just purchased the exclusive rights for Thursday Night Football for $1 billion (!!!) per season for the next 11 seasons starting in 2022. The Amazon effect. [The Economist]