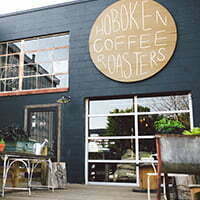 Texas was going to give Saban $100 million? It would have been worth it. (CBS Sports)

Walt Anderson, an NFL referee and the Big 12’s director of officiating, has instructed his officials to keep the game under control. (NewsOK)

Tyreek Hill gets preseason nod as newcomer of the year. (PFB)

The Big 12 just isn’t good enough right now to make an argument for supplanting one of those seats. (CRFF)

This is probably the least surprising headline ever. (Fox SW)

All of the watch lists for JW Patton. (okstate)

The only way to stop the Florida State offense may be the Cowboys’ own offense. (CRFF)

Berry Tramel picks Jason Day to win The Open. Meh, not a good history there. (NewsOK)

It’s already underway but here’s my preview of The Open. (PFB)

Good Q&A with John Smith: “Most of our guys come in on their own, put an hour on the mat and are lifting three days a week.” (O’Colly)

No new ones this year so I’ll post this old great one.