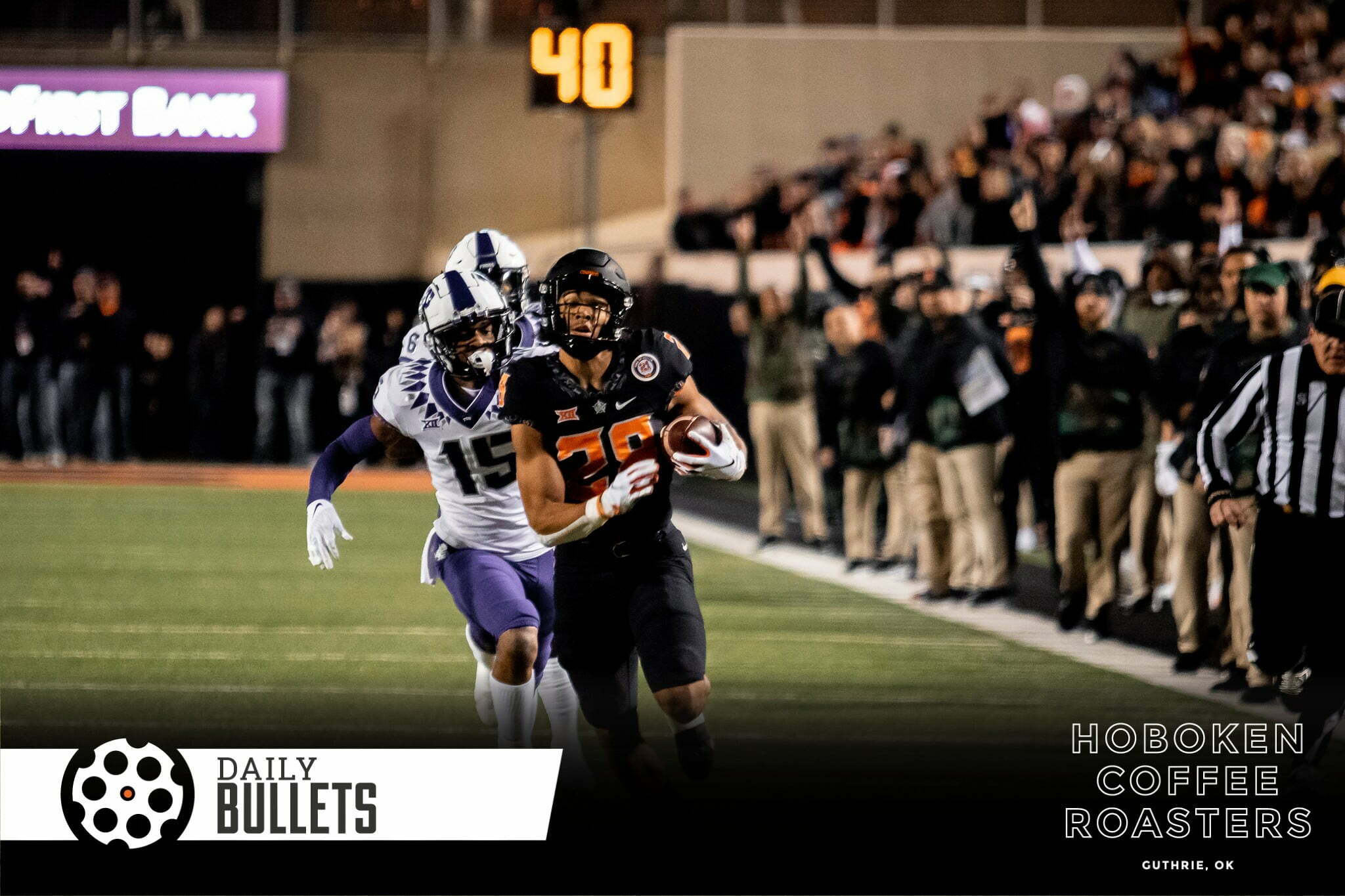 • Fun interview (20+ minutes) with Mike Gundy plus other thoughts from Joel Klatt – great stuff on the CFP. Great nugget from Gundy on wanting to sign Jim Knowles long-term as well.

• Turned a few heads when Kirk Herbstreit raved about the Pokes on Tuesday night – the CFP Chair had some nice things to say as well.

• This seems like a good reminder as you watch the CFP rankings from week to week:

Keep in mind that these CFP Rankings do not behave like the top 25 polls where teams hold their spots simply by winning. A potential 12-1 Big 12 champion, whether it’s Oklahoma or Oklahoma State, will still have a chance to climb all the way to the top four regardless of where it is ranked right now.

• Jaylen Warren was not selected as semi-finalist for the Doak Walker award – I think you classify that as a snub.

He’s got less touchdowns than the other FOUR Big 12 backs nominated but more yards than Deuce (stats here). If you watch an OSU game, you know he belongs #complimentaryfootball

• Gameday for Bedlam would be amazing… Going to the Big House to see Ohio State vs. Michigan makes sense also. Here’s the schedule for college football that week.

• No one cares.
• The fine art of forgetting
• How John the Baptist was wrong about Jesus (faith-based)

Final trailer was released for the new Spider-Man, looks terrific.