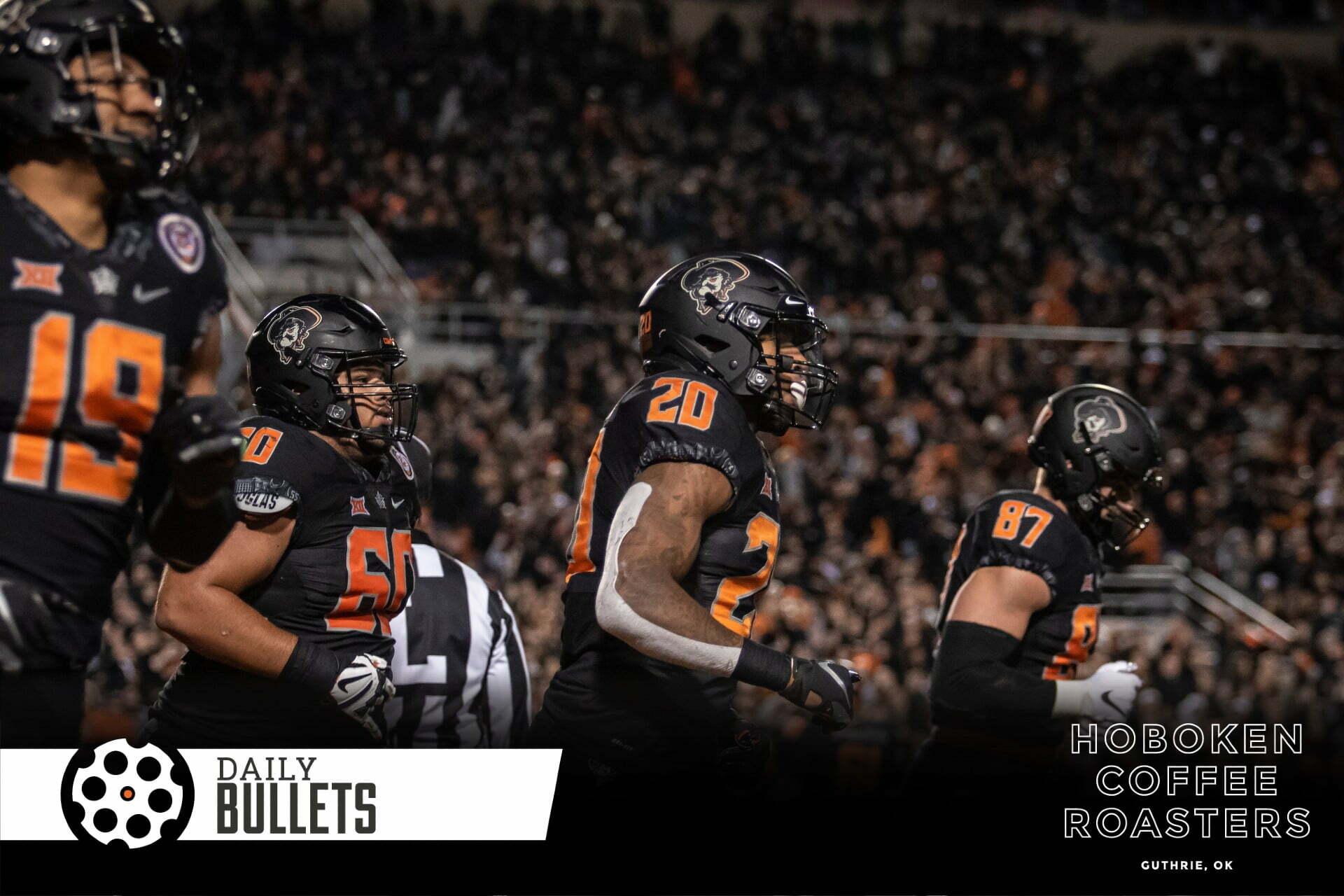 If you’ve got the time, you can catch the Cowboy and Cowgirl cross country team on ESPNU as they compete for the national championship this morning.

• OSU is in elite company this season with how their defense is playing:

Oklahoma State’s defense is one of the best all-around units in college football. The Pokes join Georgia, Wisconsin and Michigan as the only Power Five defenses with a grade above 80.0 as a team against the run, rushing the passer and in coverage.

• This has been such a fun season to be a Cowboy fan – per PFF’s numbers, the Pokes have the sixth-best chance of getting into the Playoff!

• Pretty incredible to read about the Pokes’ path to the conference championship game – ESPN gives them an 88% chance of getting to Arlington:

• I love how the basketball program isn’t afraid to embrace the past – and to wear the 95′ throwbacks all season will be really fun:

• The photos from last weekend’s blackout were incredible – the contrast with the black and orange is eye-popping:

• No. 1 Details on the the Bedlam Game released

• No. 4 Pictures of Barry Sanders’ Statue

• Seems like a pretty solid list of principles for business and life
• How will the NCAA/college football change with all the new money coming in?
• You are not nothing – humility defined (faith-based)