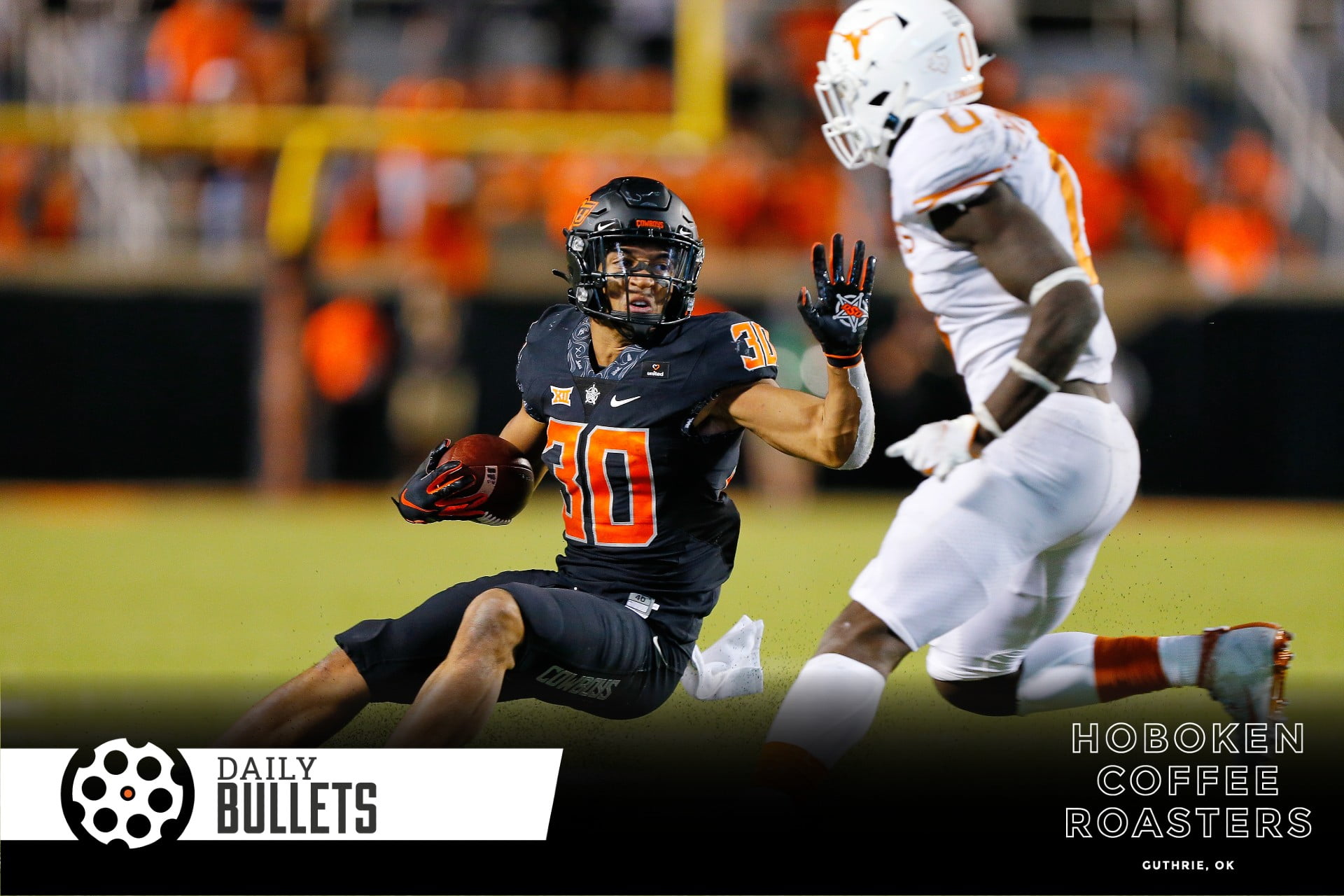 Bedlam tonight (6:30pm kick) in Norman, Herbie and Kirk on the call, sign me up.

• To echo Kyle Boone’s comment – the NCAA either irrationally loves Alabama and hates Oklahoma State or struggles to understand the concept of establishing a precedent.

• This is a key for the Pokes – get their incredible athletes in space:

The whole design of the Oklahoma State offense is to get their athletes in space so a handful of matchup wins can determine the whole outcome of the game. Points determine winners and the most surefire way to actually score points is with big plays, not steady control in the trenches. There’s no margin for error with the latter method.

• Completely agree with this sentiment comparing Bedlam to Red River:

But while Bedlam can’t match the State Fair of Texas atmosphere, or the century-long history of two storied programs, Bedlam can trump OU-Texas in importance. Bedlam has become the Big 12 game that most often carries the biggest impact on the conference standings.

• Mike Gundy is pulling our leg on his Bedlam stance:

“You know we prepare the same for Oklahoma as we do for any other team,” Gundy said. “Try to get prepared and go out and play the best we can.”

• Is OSU more likely to win Bedlam if… OSU’s defense holds OU to less than 25 points or if Chuba Hubbard and Spencer Sanders run for 200+ yards total?

• No. 4: 3 Things Lincoln Riley said ahead of Bedlam

• No. 5: Mike Gundy notes from his pre-Bedlam presser