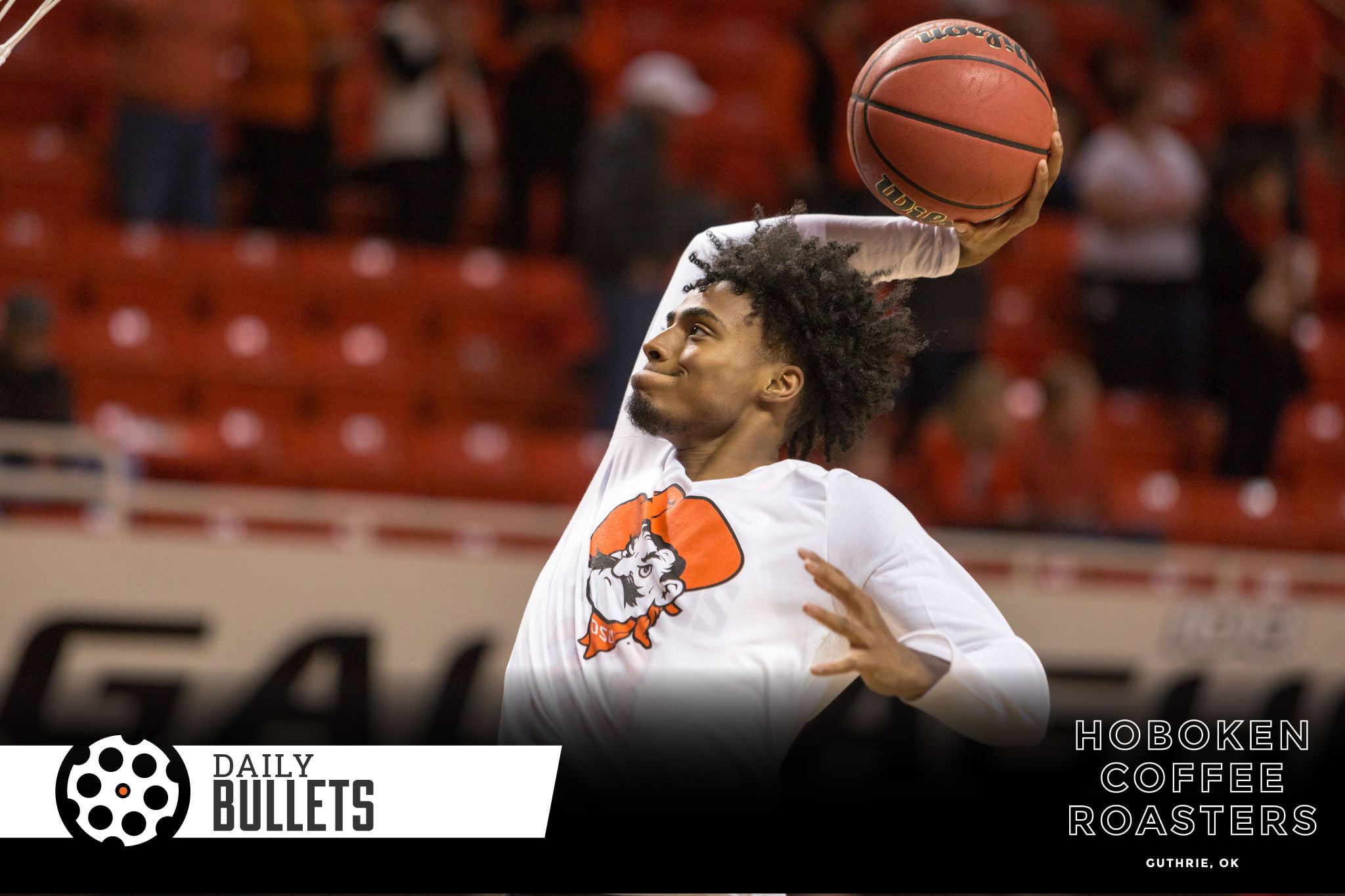 Games like today’s will be a fun part of that Big 12-Big East scheduling agreement – beat the champs today, Pokes.

Tomorrow morning the Cowboys will take on the defending national champs. #c2e #okstate

Boys are Back in Town

A couple of veteran guards (among other things) are back in action and helping the Pokes to be competitive.

Weathers, a redshirt sophomore, was a force against Charleston and provided the same spark against Memphis, scoring 13 points.

Cunningham made his OSU debut after dealing with a nagging left hamstring injury. The graduate transfer finished with eight points, including a pair of 3-pointers late in the first half. [NewsOK]

After losing Kendall Smith and Jeffrey Carroll, the Cowboys had to reload some serious firepower in the backcourt. Between Weathers, Cunningham, and Curtis Jones, Mike Boynton may have found some dudes who can run in the Big 12.

While there’s plenty of good (excitement, big wins against OU) and bad (not done in a… sustainable way from a roster construction standpoint), it’s hard to argue with the idea that Les Miles left the program with more momentum than he found it.

If Miles doesn’t seem daunted by the Kansas rebuild, perhaps it’s because of what he achieved at OSU.

“The similarities between Oklahoma State and Kansas are significant,” Miles said. “They parallel quite nicely.”

When Miles became the Oklahoma State head coach in December 2000 — at an annual salary of only $400,000 — there had been 11 losing seasons during the previous 12 years.

Touching story behind the shooting shirts OSU wore yesterday for the late Memphis player….Interesting concept – looking at CFP resumes as opposed to “who’s best”….Details around tomorrow’s “The Game” where Michigan comes in as a rare favorite…. Big 12 “hate week” is officially dead

Wowza – Coach Bro deserves another IMO. Give him another year with Alan Bowman and he’ll be salty. In what world has Venables been waiting for the Tech job? Dana at the helm in Lubbock someday seems to be how this all ends.

I’ve got a lotta respect for the PFF crew but when the Biletnikoff finalist and Camp offensive player of the week don’t make your list… I’m a little confused.

The Week 12 Big 12 Team of the Week on offense pic.twitter.com/fCOVRU87rw

Great Egg Bowl smack talk here – it would feel incredible to have played Ole Miss in the Liberty Bowl. Just unleash all the revenge for the Sugar Bowl and Cotton Bowl(s). The Athletic ($) has OSU in the Texas Bowl playing the good Mississippi team.