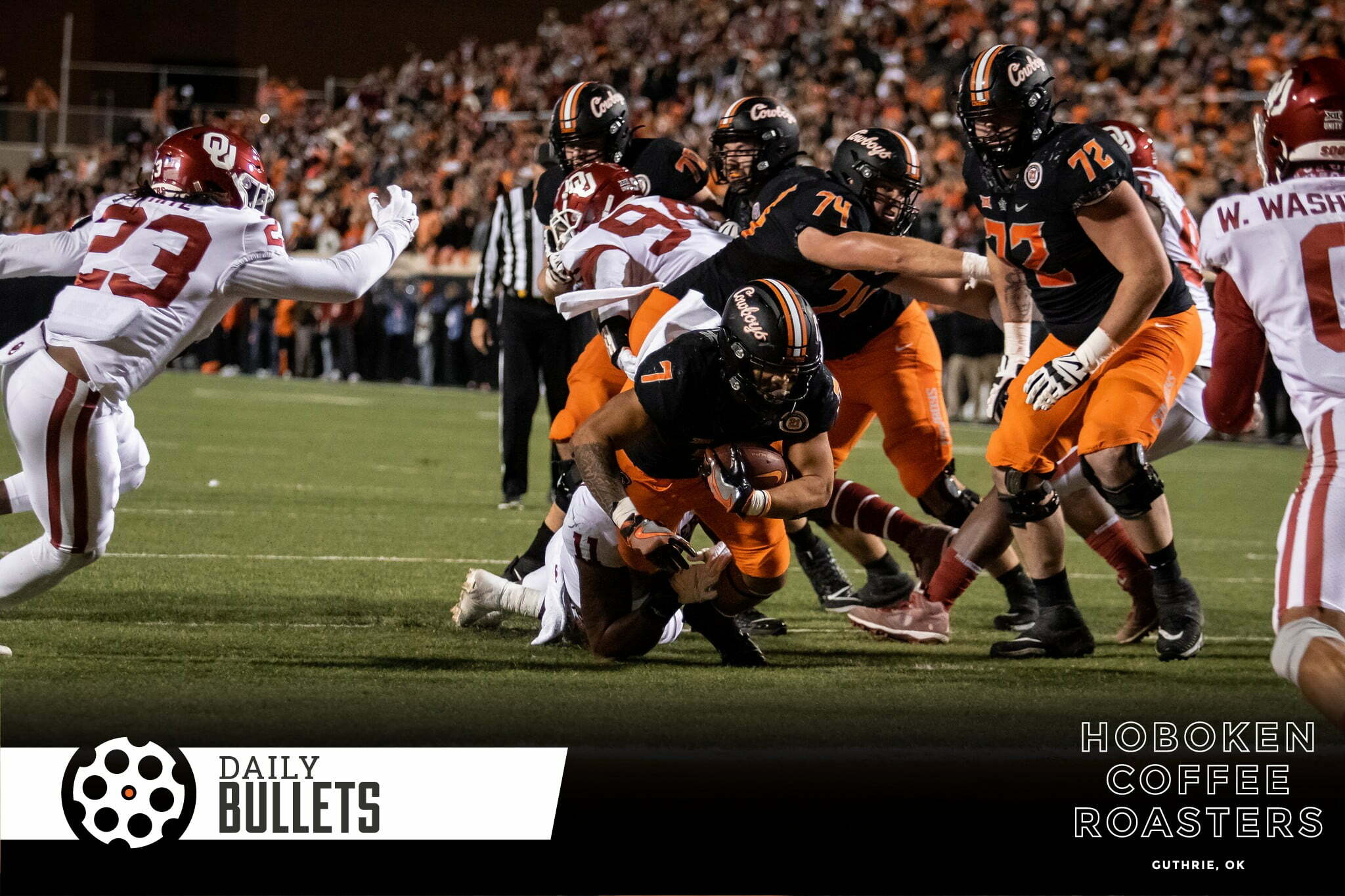 • It will drive the OSU fanbase collectively insane if the committee perceives 33 points from the Sooners as a defensive letdown – here’s why:

Man, Oklahoma State made a statement. Don’t let Oklahoma’s 33 points fool you … this was won by a Cowboys defense in the second half.

….(P)layoff hopes were on the line for both programs as the Sooners wind down their time in the Big 12. Down by two scores entering the fourth quarter, it was Oklahoma State emerging as the more physically and mentally strong team, outscoring the Sooners 14-0 and not allowing a single offensive point in the second half.

• Of course we had the best unis – did you see that helmet??

• Enjoyed this “Grapes of Wrath” comp for the Lincoln Riley move
• This podcast listening to some good OU podcasters breaking down the Bedlam loss and Riley leaving is splendid – Beware, you may want to puke when they talk about the refs