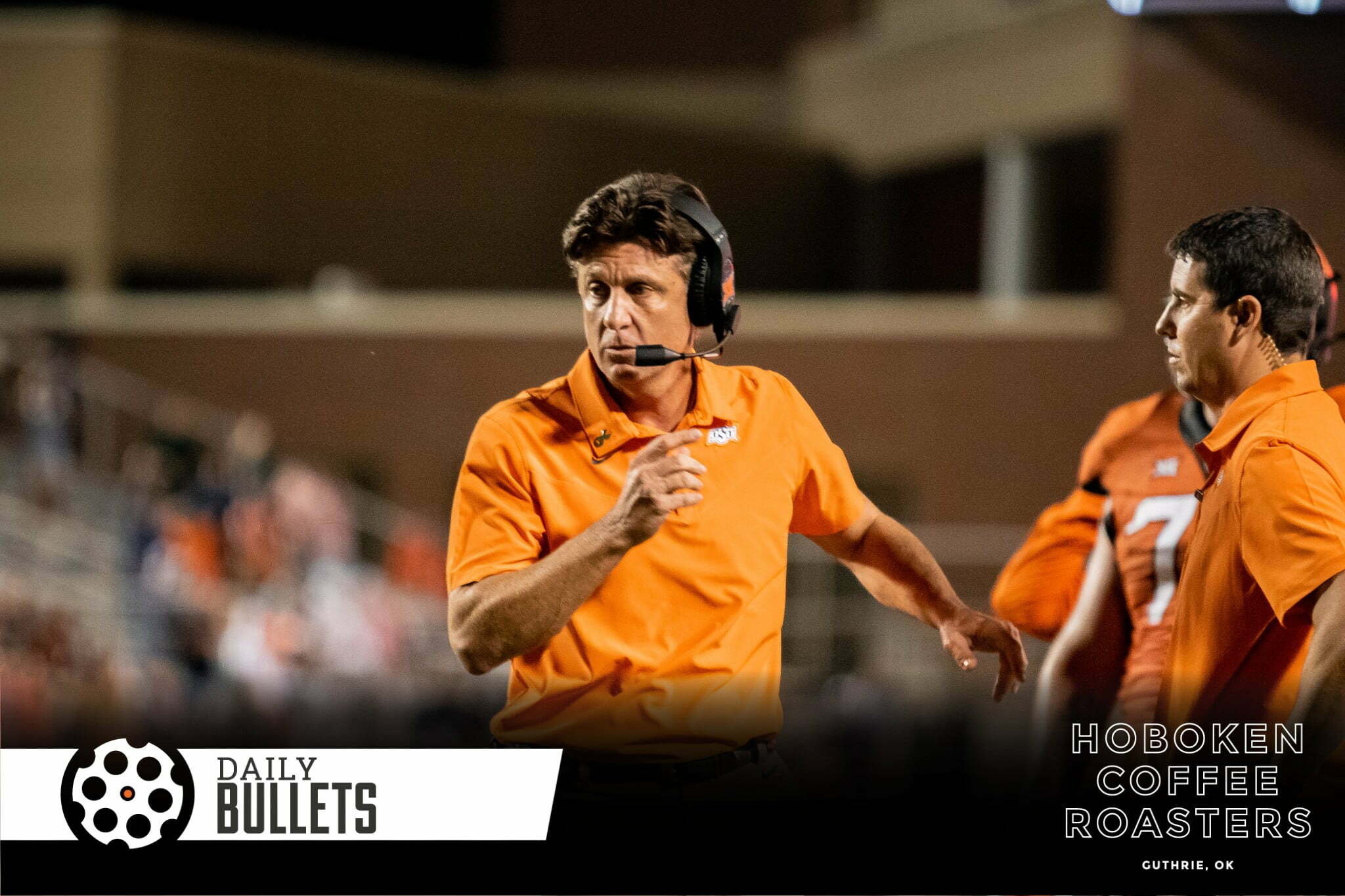 The Cowboys come out of their off week prepping for a road tough test against a Texas team that just got its heart broken in the Red River Rivalry.

• The Red River Shootout reminded us how great OU-Texas is for Big 12 football, but the league might be better in basketball with those bell-cows gone. [PFB]

• Jaylen Warren is on an historic pace early in 2021. [Tulsa World]

• Oklahoma State Softball moved to 4-0 in fall ball with an 18-1 dispatching of Oklahoma Christian.

• Facebook is a mess but its criticisms are apply to the internet, and people, on a larger scale. [Economist]

• How an innovative tech idea could end as another version of door-to-door salesmen. [WSJ]