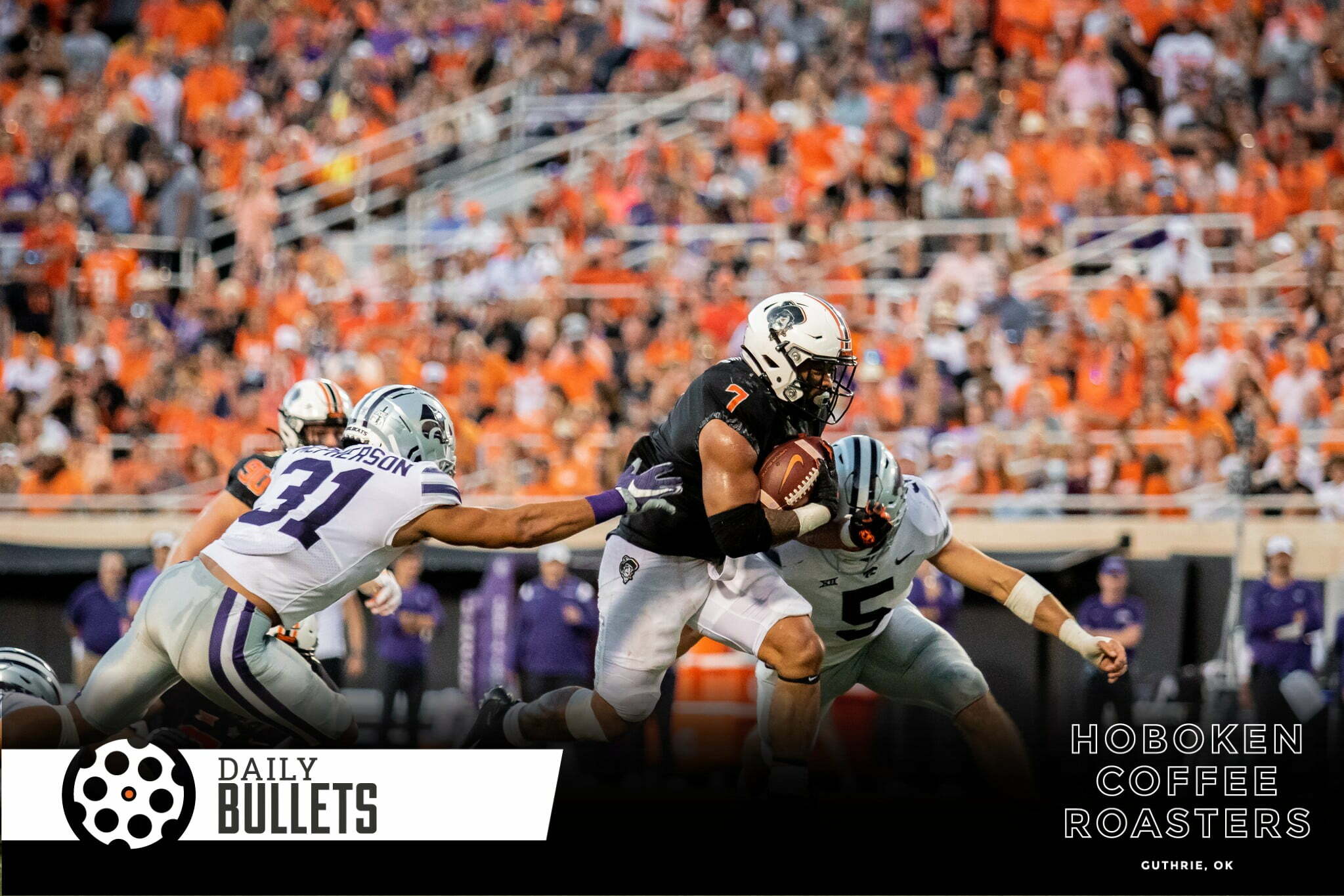 • What an unusual thought here – OSU is publicly underrated:

• Couple of tough updates on Cowboy defensive backs in the pros: Tre Flowers was released by the Seahawks, Rodarius Williams tore his ACL playing for the Giants

The winner of this game will be the favorite to meet the Sooners (who remain favorites until they finally lose) in Arlington for the Big 12 Championship Game.

Texas managed only two sacks and four quarterback hurries. “One thing we would all love is to be this unbelievable pass-rushing football team,” Sarkisian said. “That’s not really how we’re built.”