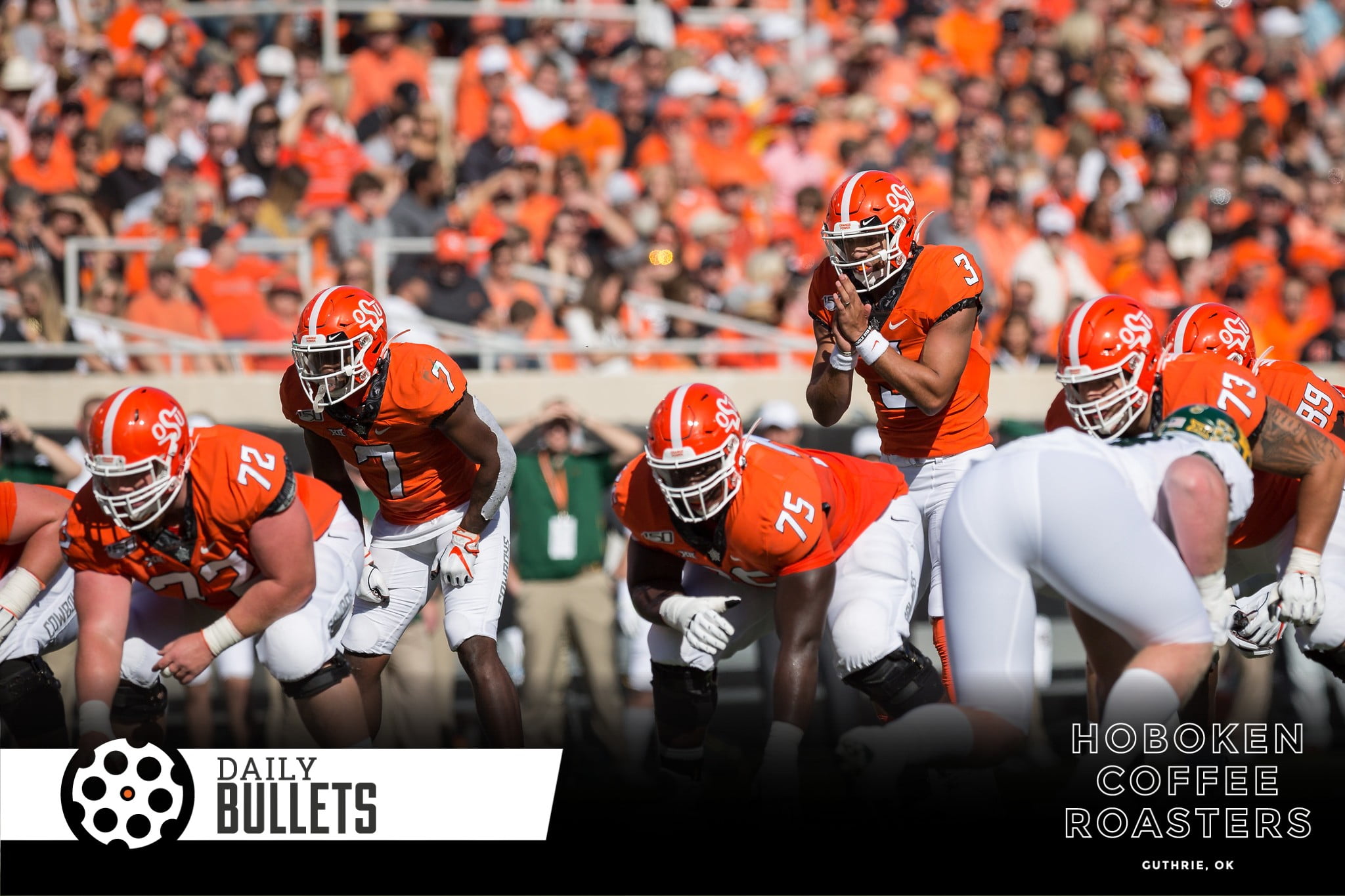 • Kick time and TV details have been released for the OSU-Iowa State game coming up on Saturday, 10/24

• I like Marshall’s idea here for the OSU-Iowa State – you wonder if there’s any fluidity to the schedule for teams (going the other way). Now – to look at Iowa State’s schedule – they have way more incentive to want a bye before OSU than Kansas on the 31st.

Side note: Baylor’s COVID numbers leaked and it’s not good.

• Berry T. has the Pokes (still) at No. 1 in his Big 12 power rankings – and this nugget on OSU’s next opponent, Iowa State, is hard to fathom:

If the Cyclones had just beaten Louisiana-Lafayette, ISU would be ranked about sixth in the nation. The highest the Cyclones ever have been ranked was ninth, for one week in 2003.

• You can watch OSU’s first men’s basketball practice on Wednesday at 1 p.m.