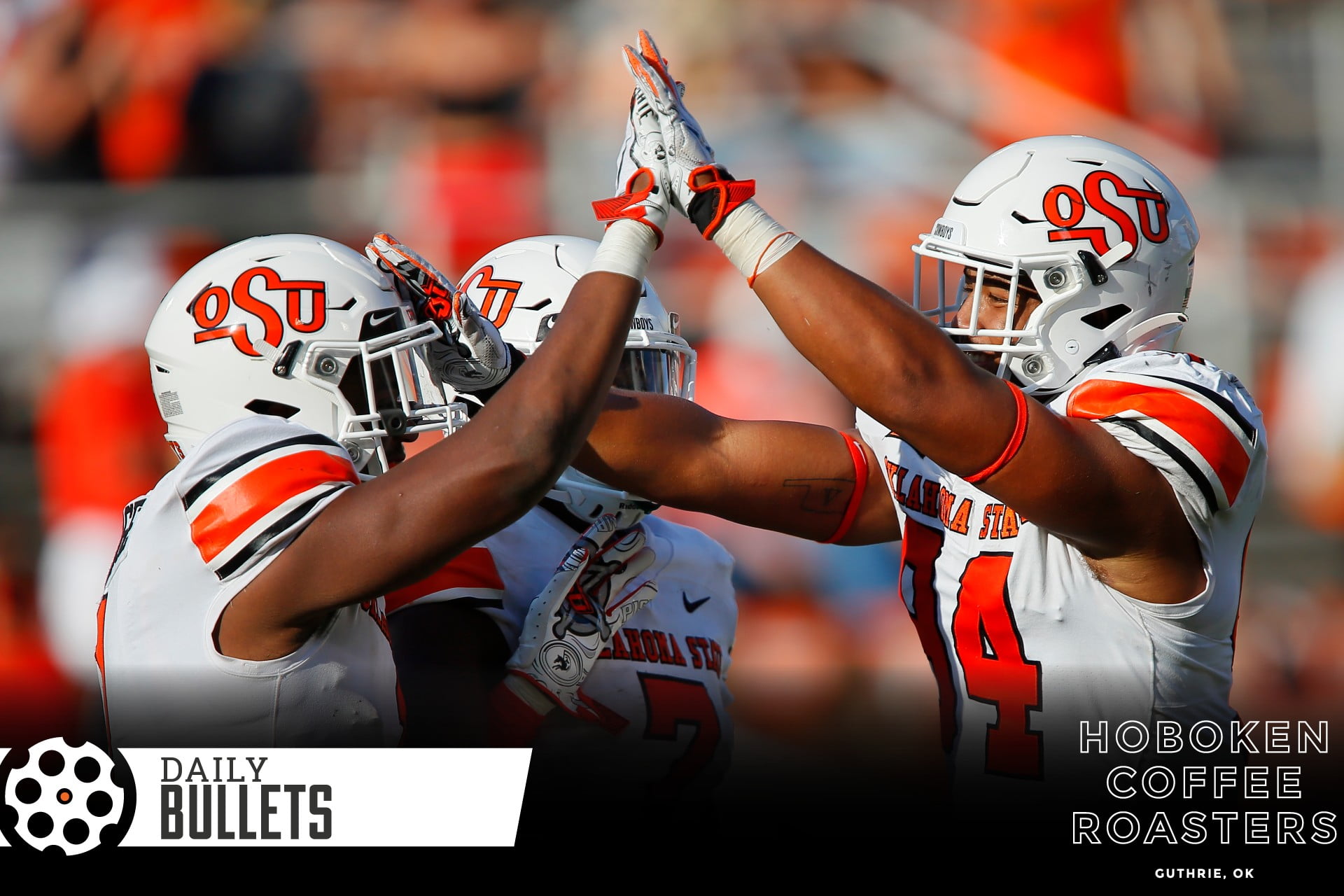 • I agree with this take on OSU’s greatest asset: stability.

The Cowboys come off as a model of stability to this point of their season.

They haven’t been undercut by the virus. Postponements against Tulsa and Baylor occurred because of outbreaks at Tulsa at Baylor, not OSU.

They have been hit by injuries at quarterback and offensive line, but Shane Illingworth has done well in relief of Spencer Sanders and the O-line has thickened some.

To this point in the season, you can’t draw it up any better going into WEEK 8 of college football.

• OSU v. Iowa State has been a salty series for it being so lopsided (Pokes are 9-2 over the last 11)

• It’s easy to remember the Tylan-stiff arm from the Iowa State game last year but the defense’s major turn was the story. To the untrained eye, man, it was shocking how much better they were just a week later:

• I always appreciate (intelligent) outsider perspective on the Pokes. This was a solid bit to chew on about the Cowboy schedule so far plus a pretty good betting tip – take the over.

With Sanders out, Oklahoma State has received a surprising boost from its usually subpar defense. But it went up against three bad offenses. Brock Purdy and Iowa State will present a much tougher test. I expect the final score to be in the 30s, putting it over the total of 52 fairly comfortably.

• Two big-time, four-star Cowboy targets are deciding on their college choice very soon (receiver from Edmond and running back from Texas)