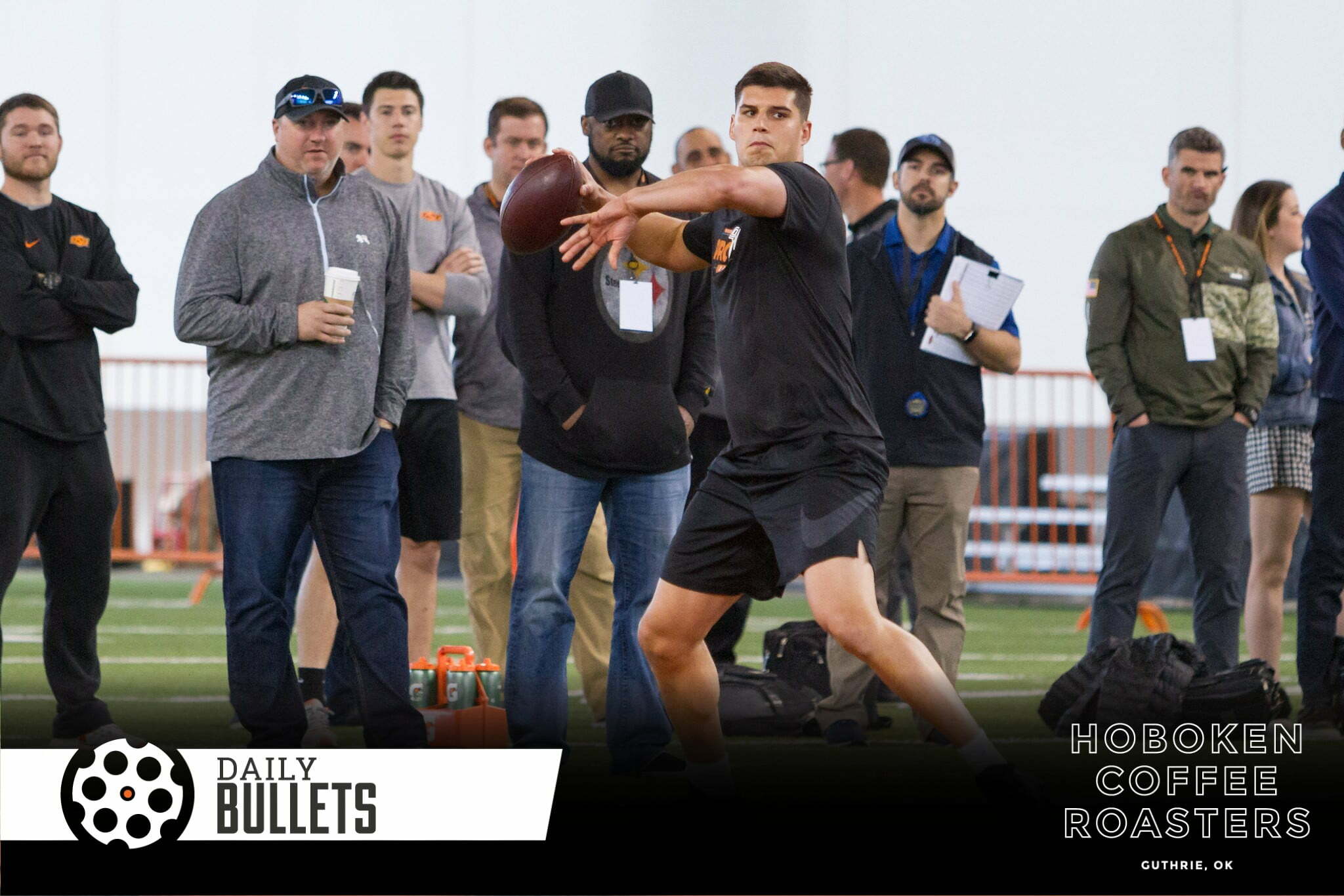 • When the Pokes play Texas, this is the assertion I’m most curious to see tested:

Texas is really good on offense but OSU’s defense is not a mirage, either. I think it can limit them to below 30 points. And if it can do that then OSU has a shot to win.

• Little bit of Mason Rudolph coverage out there:
– would the Steelers be better if Rudolph played over Big Ben?
– Rudolph named the No. 6 backup in the NFL

• How OSU alums fared in the NFL over the weekend

• Berry Tramel has the Pokes No. 2 in the Big 12 in his power rankings

• How is there a college football quarterback named Will Rogers that doesn’t play for the Cowboys (or Sooners)?

• You could talk me into two of Boise State + Memphis/SMU/San Diego State but I don’t think adding four Mountain West teams is it
•
• Looking forward to reading this book – the concept of “stickers” vs. “boomers” was good (faith-based)