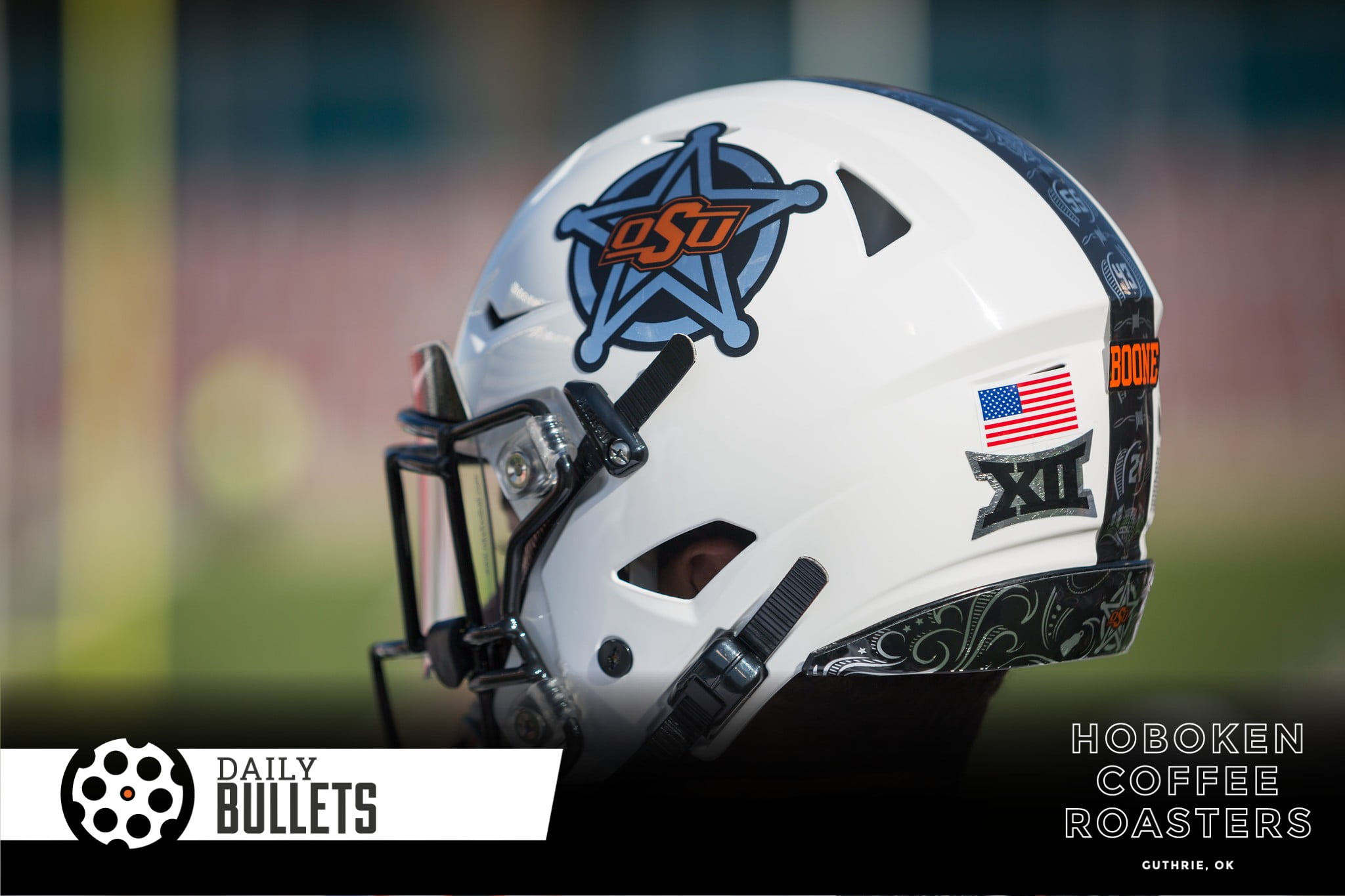 Halfway through his rookie season, it’s clear Sanders is going to have to grow into the star he appears capable of being. For now, Mike Gundy and Co. are going to have to live with a quarterback who can make incredible plays but frequent mistakes. [NewsOK]

When mistakes greatly outnumber incredible plays – it’s painful to watch. An average game from Sanders on Saturday is a ten-point win by the Pokes, right?

We need to see that ratio be more favorable this second half of the season. See more “throw the easy pass quicker” than “launch the bomb with no windows” and more “scramble for three yards when the pocket closes” than waiting for the pre-snap read to open up.

• This piece by Boone is likely one of the reasons you read PFB – Cowboy Basketball recruiting appears to be headed towards some momentum.

But in reality, things are looking up! Mike Boynton appears to be entering the totally redeemed yourself stage. As I wrote last week, Davis’ de-commitment, as weird as it sounds, might actually be a net positive in the long run. And with Rondel Walker and JT Thor nearing decision day, Rivals.com wrote Monday that pay-off could be coming sooner rather than later. [PFB]

So not necessarily Bryce Thompson/Cade Cunningham-big but landing a big like Thor and a guard like Walker would be a great class on its own right.

• Looking over the Cowboy Basketball non-conference schedule, Mike Boynton is still in that “leave no doubt that we’re a tourney team”- scheduling mode.

The Big Non-Con: Syracuse, Georgetown and Wichita State all present unique challenges. But that road tilt with Houston on Dec. 15 should give is a pretty clear indication of where the Cowboys are at after the first six weeks of the season.

Mid-Major Danger: Yale ought to be a tough test for the Cowboys when the Bulldogs hit town on Nov. 17. The Bulldogs were 22-8 last year, winning the Ivy League Tournament and reaching the NCAA Tournament. [HCS]

• Monday’s PFB podcast was awesome – Brandon Weeden had some great insights on Spencer Sanders and the offense.

• Put this moment in my veins – watching Baker silenced last night was terrific.

• Cross the gap before it grows

• These numbers on who American 26-year-olds live with were fascinating (and how it’s changed over time – you may guess who No. 1 is)