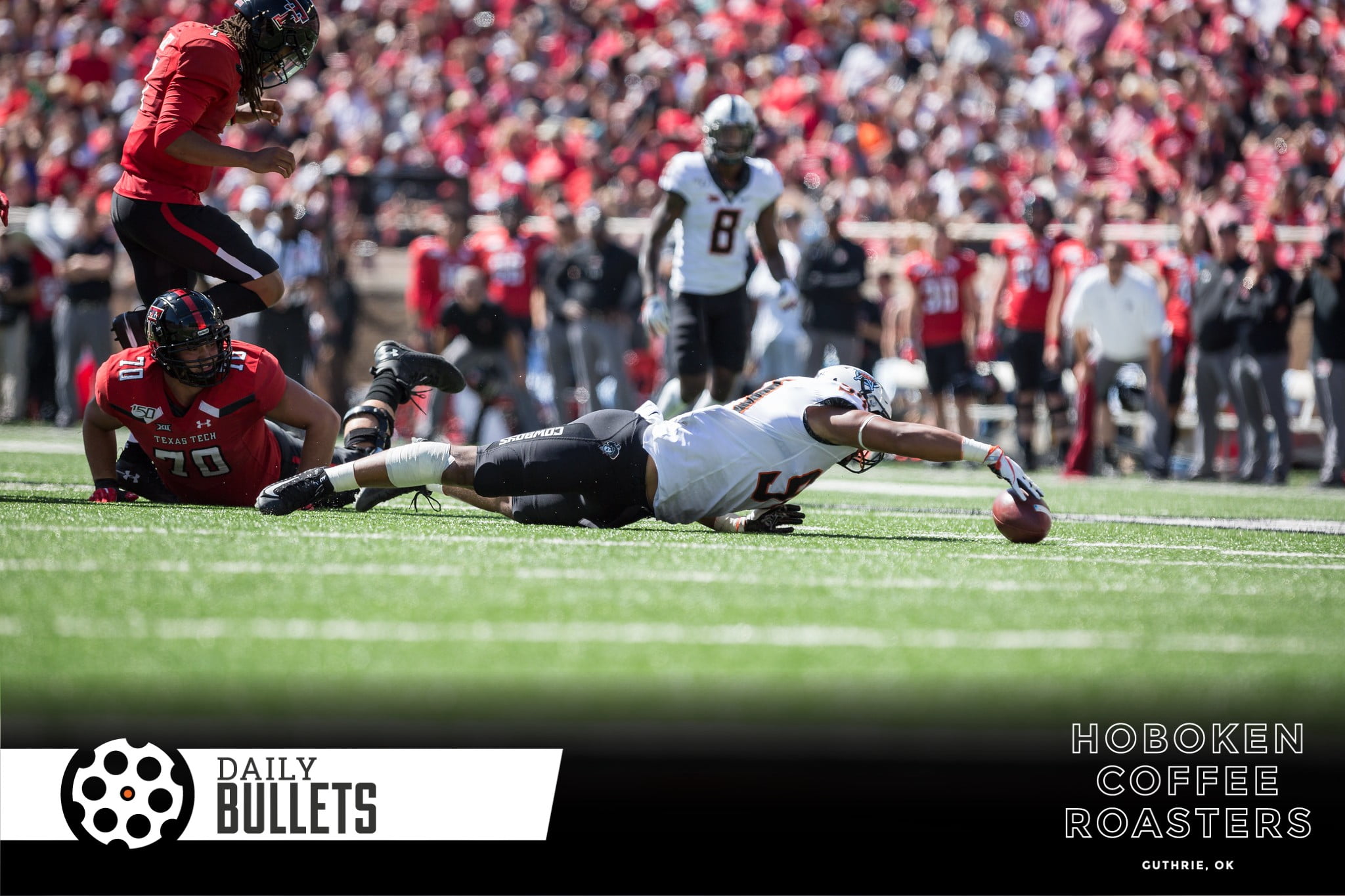 Admirable – freshman basketball player loses 20 pounds instead of gaining the freshman 15. Comparing our freshman years’, I’ll bet I came closer to winning the McDonald’s Monopoly game than he will.

• I can’t repeat these words to myself enough – Spencer Sanders is a freshman with loads of potential and hiccups are the norm for young QBs.

All I’m saying right now is that most of the greats you point to — OSU players included — had their Texas Tech Game at some point over the course of the first 10 games of their career. Even Mason Rudolph — who we remember as one of the least-turnover prone QBs in OSU history — turned it over as much as Sanders has early on in his career (11 picks in his first nine games). [PFB]

It’s hard for numerous reasons to get past that not-terribly-windy-day in Lubbock, chief among them being Jett Duffey’s career day to contrast with Sanders’ low point, but seeing this game as paying dues towards a potentially great quarterback’s career is more fun to dwell on.

• Trace Ford is a “dude” – with talent capable of overcoming any deficiencies with athletic plays.

There is a bit of a philosophy to let Ford loose and teach him the intricacies later. His athleticism can make up for mistakes.

“Trace is really fast and can cover a lot of ground once he sees what’s going on,” OSU coach Mike Gundy said last month. “He processes information really quick.”

Put best – I think his talent is the difference between being able to close on plays that other guys just can’t.

• Read together, a pair of remarks made by Gundy in media availability likely clears up his stance on the offensive struggles from Saturday in Lubbock.

“Offensively up front, we actually played better than I thought after the game. But we played average.”

• On Spencer Sanders: “Well the first thing he needs to do is take care of the football in the pocket. That will solve half his problems. [PFB]

Translation: the line was better than we thought but errant throws happen, and, ultimately, there’s no excuse for carrying the ball like a loaf of bread in a crowded pocket.

• This on Why Facts Don’t Change Minds was phenomenal

• How to be more creative

• I’m intrigued by the Rockets and how Westbrook could fit