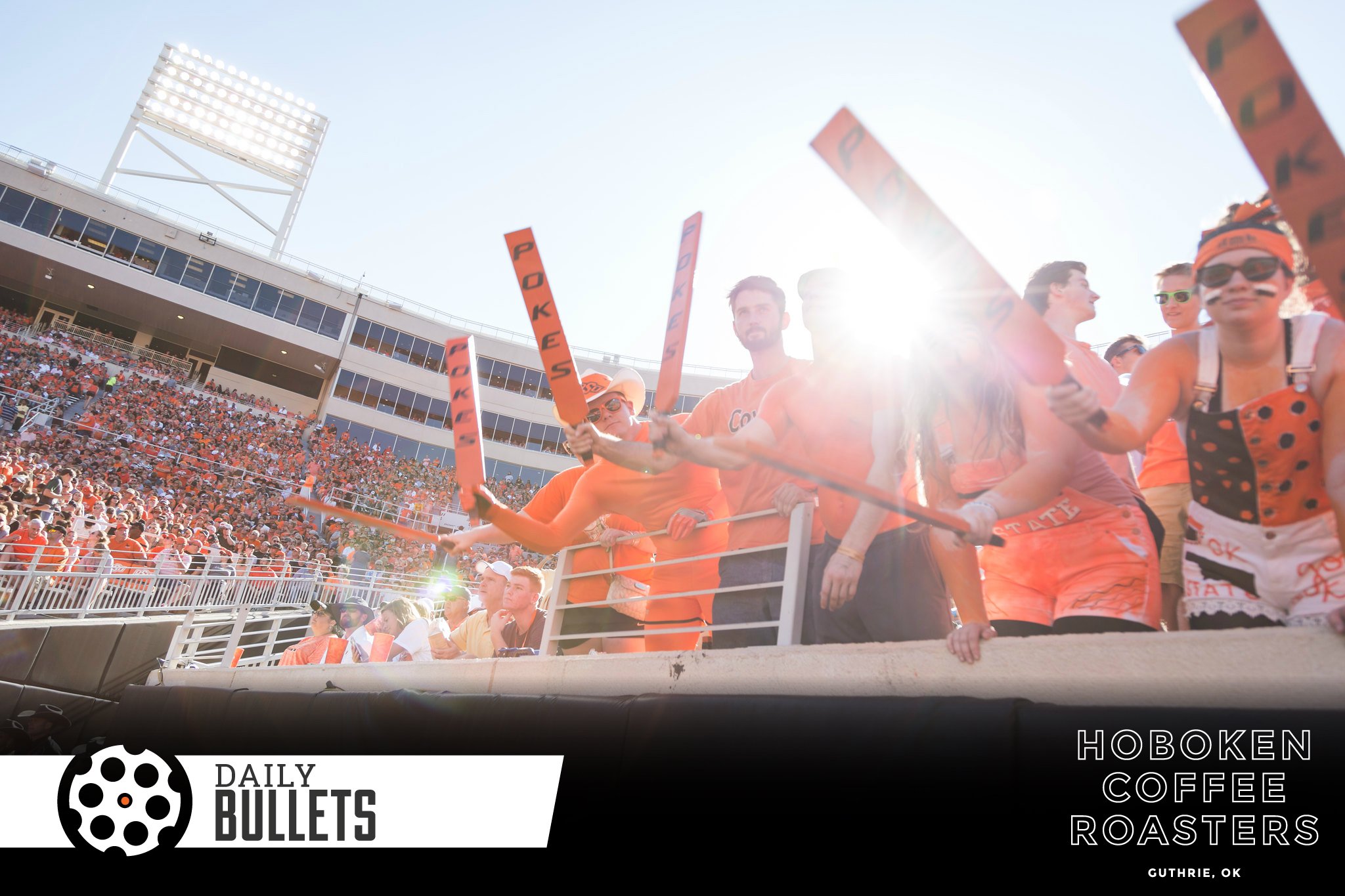 The Daily Bullets are brought to you by Hoboken Coffee: Get 20% here off your first order.

Good morning and happy Friday. Here are your Daily Bullets to load you up for your weekend.

• Brutal news out of Stillwater on Thursday with Arkansas transfer Collin Clay announcing he has a torn ACL. Even more brutal is that he found out Thursday his waiver to play immediately in 2020 had been granted by the NCAA. Played in 11 games last season for Arkansas and probably would have been a key rotation piece at defensive tackle this season.

• Good stuff here from the Tulsa World’s Frank Bonner on Chuba Hubbard, who spoke this week about his offseason, trying to affect change, Twitter and more. Here’s a tidbit from Hubbard:

• OSU’s Daton Fix denied knowingly taking a banned substance but came out in a statement saying he accepts the one-year suspension.

• Awesome guide here from Cody Nagel of GoPokes.com previewing where every OSU recruit is playing this week.

• Enjoyed this great piece from Kyle Cox on Calvin Bundage’s return. Not totally surprising but the confidence from Bundage is awesome. Says he’s returned better than before, which would be no small feat after missing an entire season.

• Piece of nostalgia here from The Ringer on Carlton Banks, one of my all-time favorite television characters.

• This was an incredible meaningless, but also hilarious, story from Fred Katz of The Athletic on P.J. Tucker. It’s like a 2 minute read but I definitely feel like my time was not wasted. So good.

• I’m not a Tom Brady stan, but this feature from the New York Times on Tom Brady, the Florida Man, was very well-done.

• This is some of the best journalism I’ve seen all year from the Times on the bomb that exploded in Beirut earlier this summer.

• I read this Tom Junod piece every year on 9/11 on The Falling Man. I hope you’ll take some time to read it, too.