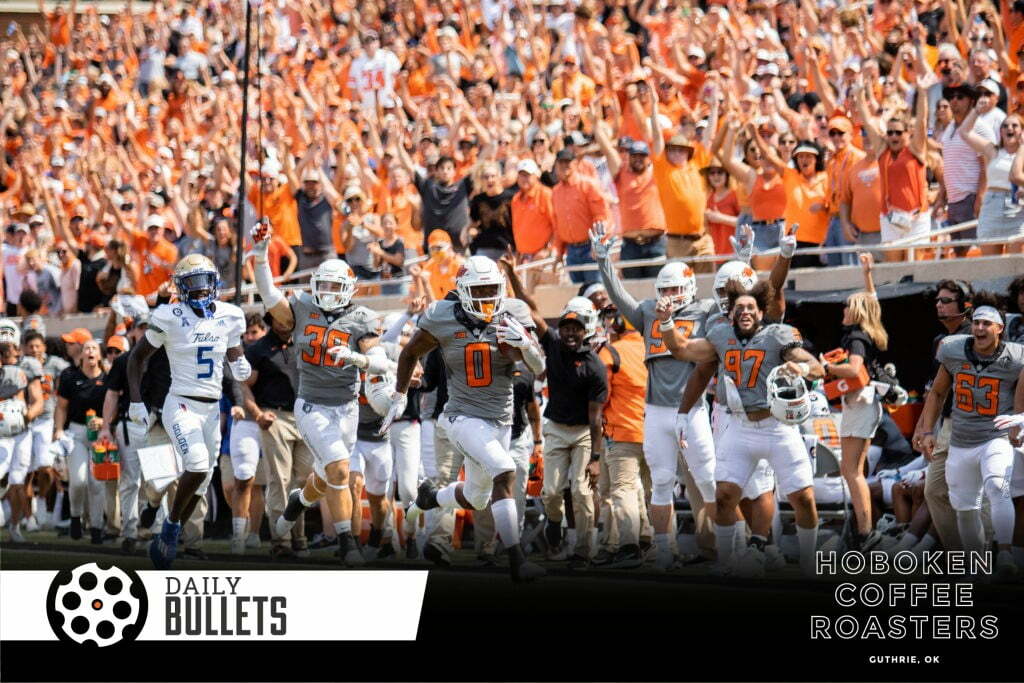 • Crack a can of Red Bull, pretend your Dana Holgorsen and chew on these ideas for offensive improvement:

More (Spencer) Sanders run game would be a big help. He ran little Saturday, and he’s capable. His 37-yard scramble helped put away the game late. More Brennan Presley in the open field, though Sanders threw him 10 passes Saturday, with only four complete. More first-down passing; OSU threw 11 times on first down, ran it 18 times on first down and combined for just 76 yards total on first-down plays.

• Listening to Gundy’s post-game presser, he speaks very highly of this young group of wide receivers

• That kick return on Saturday was such a breath of fresh air – well done, LD Brown:

• Matt Amendola can do more than kick field goals apparently:

• What would a 20 or 24 team-Big 12 look like? That would have to include Pac-12 teams that were hypothetically left behind after USC splits the league

• This is a solid point about the four schools the Big 12 is adding – they weren’t wandering in the desert before being added (so to speak):

Here’s what I like about the (BYU, Cincinnati, UCF, and Houston). None of the four liked where they were in the college athletics food chain. All four of them did something about it. It’s the TCU story.

Really cool move by the Baylor student section on Saturday with the names of the 9/11 victims:

The finance-aspect chafes against me but I do wonder what value you create by paying people quickly – good video on what happens when you swipe a credit card too: