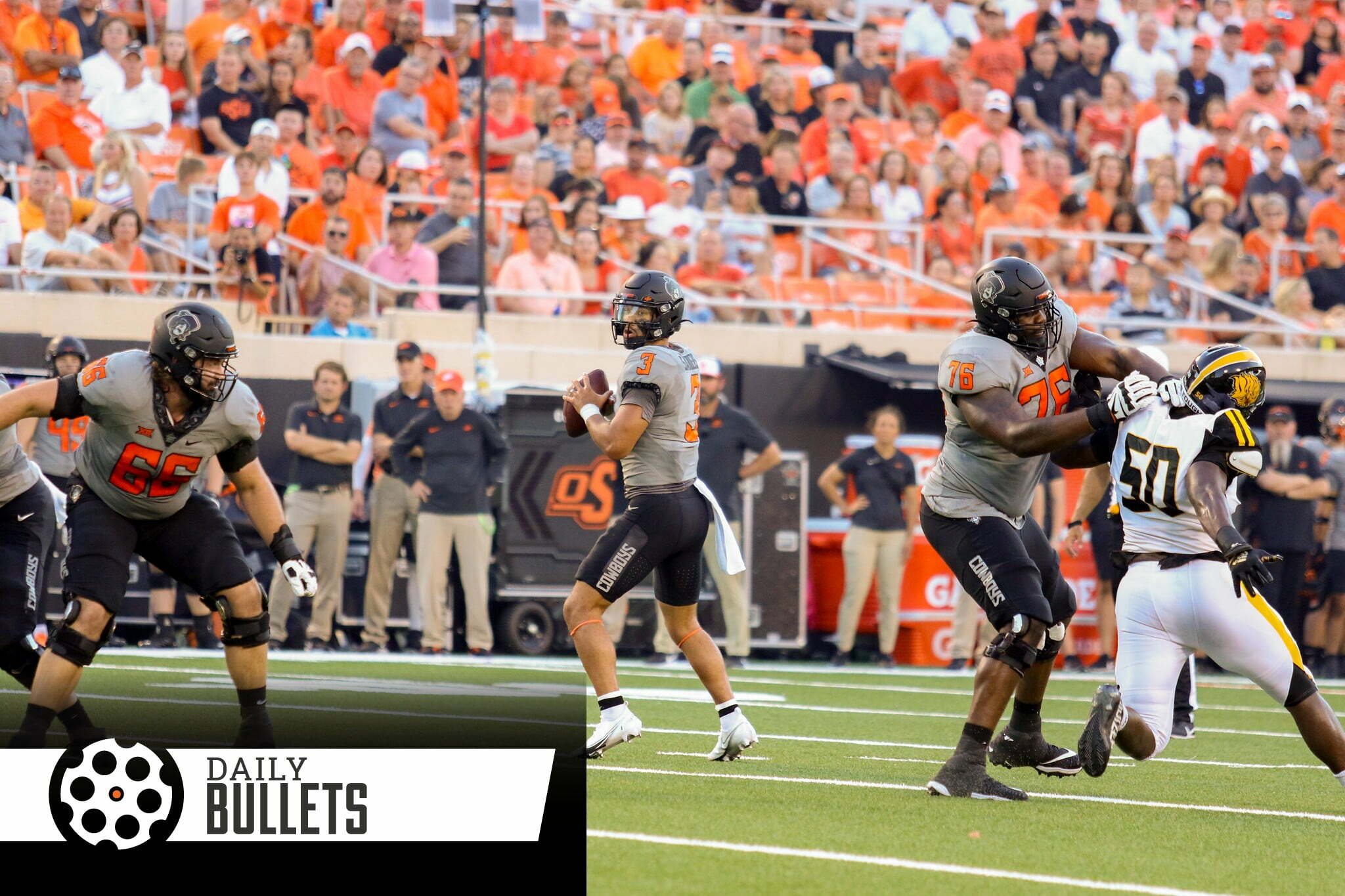 • Spencer Sanders should be in the middle of the Heisman race

• Congrats to Trace Ford for bringing home Big 12 Special Teams Player of the Week after blocking the punt and returning it for six:

This is a fun idea – what would your Group of Five team to pull for be?