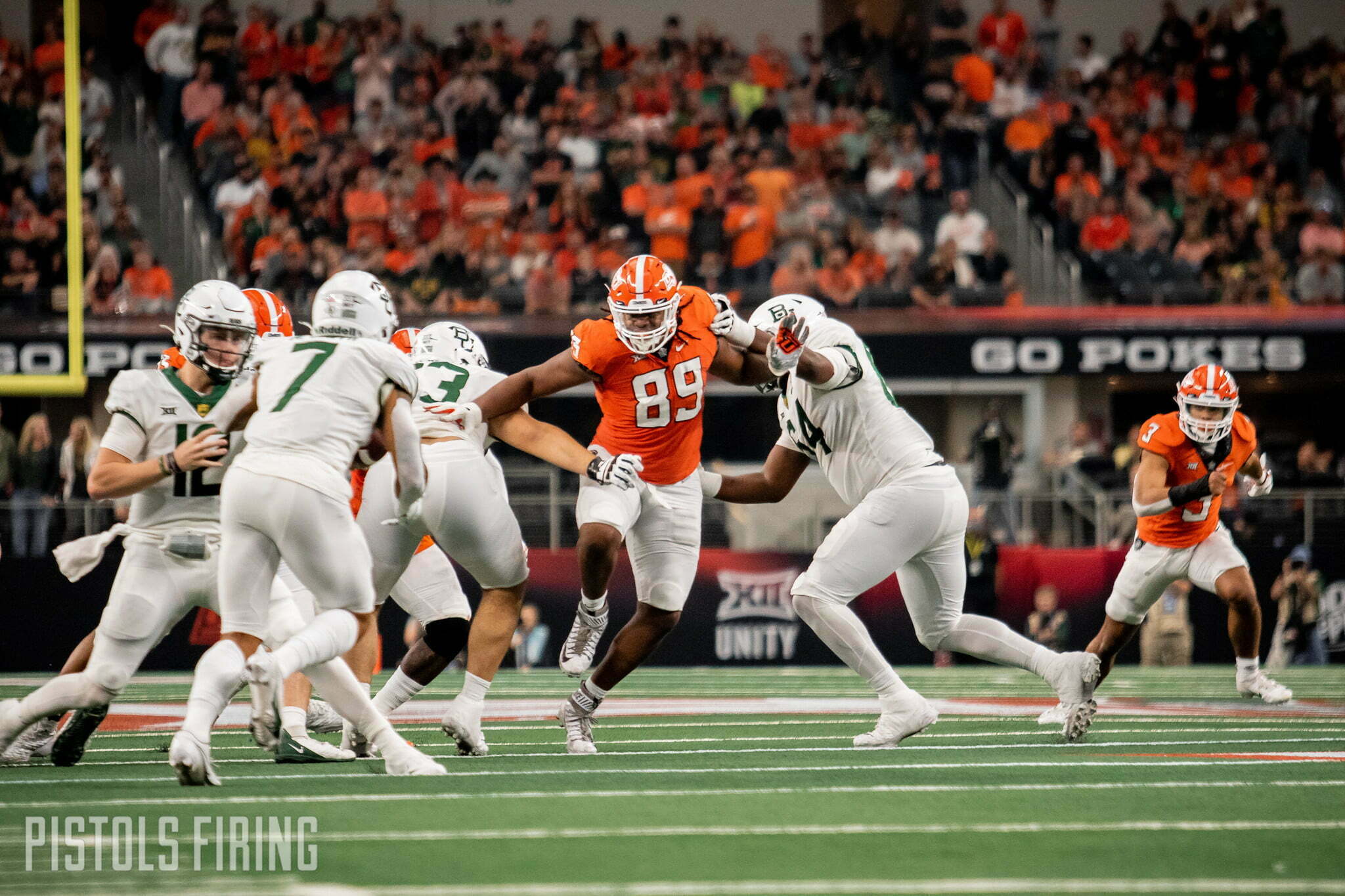 The Cowboys’ kick time Oct. 1 in Waco won’t be revealed until Sunday.

The Big 12 announced kick times for the Oct. 1 slate of games Monday … well, sort of. Three of the five-games announced were given the six-day treatment: OSU at Baylor, OU at TCU and West Virginia at Texas. What the league does know is that Texas Tech will play at Kansas State at 11 a.m., and Iowa State will play at Kansas at 2:30 p.m.

Oklahoma State and Baylor last played in the Big 12 title game in Dallas, where the Cowboys were inches away from potentially booking a spot in the College Football Playoff.

Expected to be two of the powerhouses of the new-look Big 12, the Cowboys and Bears both went on to win New Year’s Six Bowls. Baylor beat Ole Miss 21-7 in the Sugar Bowl, and Oklahoma State beat Notre Dame 37-35 in the Fiesta Bowl.

The Cowboys have an off week before the game and will enter the contest at 3-0. Baylor is 2-1 on the season after falling to BYU. The Bears play Iowa State at 11 a.m. Saturday in Ames.

All of the Cowboys’ kickoffs have come in the 6 o’clock hour this season.