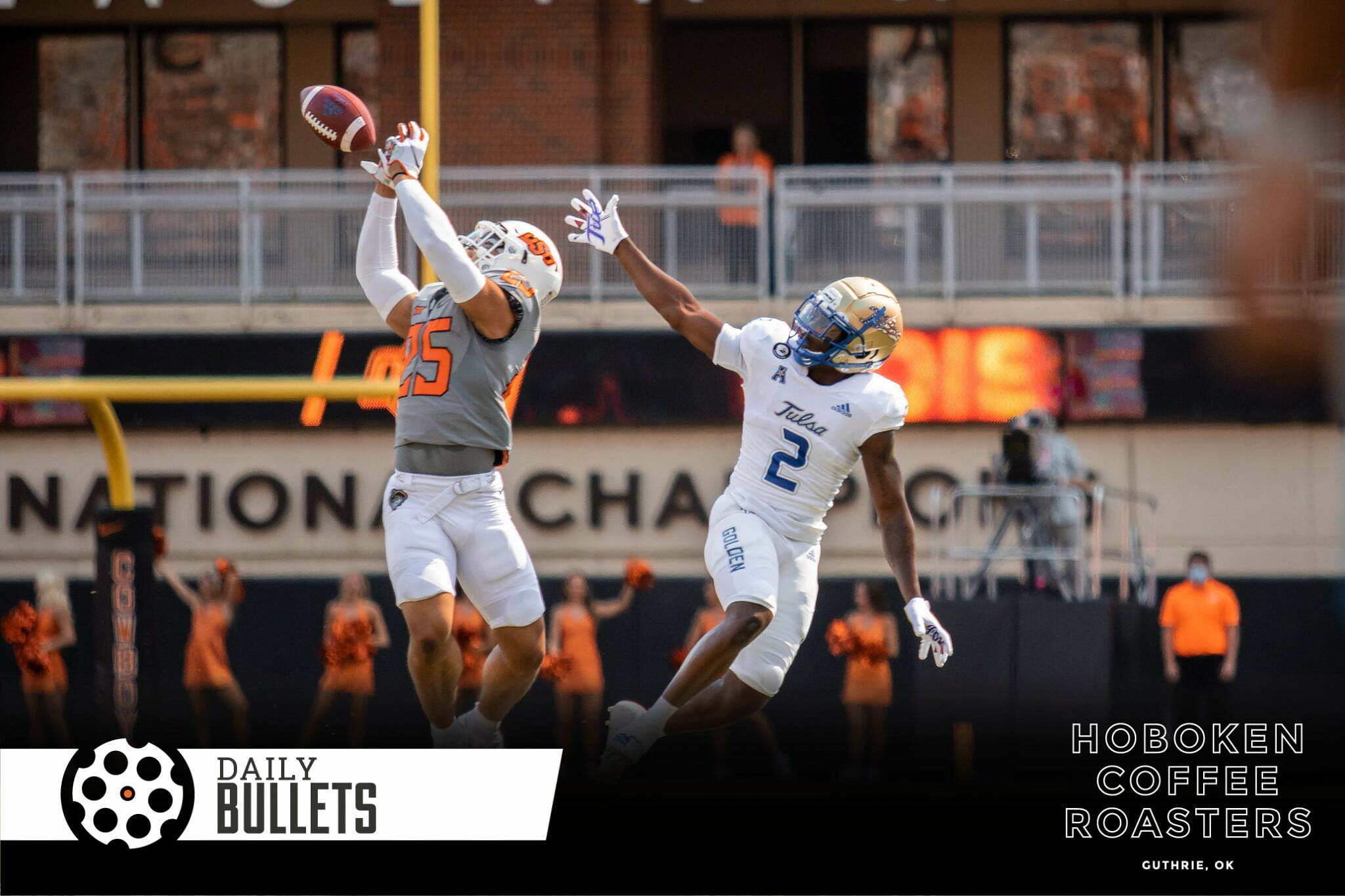 • NCAA.com’s Andy Katz has the Pokes as a No. 9 seed in the NCAA Tourney

Is there a more textbook case for a makeup call on the earlier missed call on the fumble than this?

• Here’s the contrarian “Spencer Sanders had a solid day” take you didn’t know you needed:

Sanders has earned a gunslinger label with his boom or bust plays throughout the past few seasons, but Saturday he showed he could get the job done by playing his role while not taking any overly aggressive risks. It’s just one game, but it feels like a solid foundation for Sanders to build on moving forward.

• Porter has Viktor Hovland as the No. 7 most important player in the Ryder Cup

• This is incredible – OSU Football occasions a Bullet-ride in could be used for:
– Intro after being named the starting quarterback
– Participating in senior day if you have eligibility left but are clearly headed to the League
– If OSU is unveiling a statue of you (looking at you No. 21)
– If everyone thought you were injured but you’re actually playing in Bedlam/top-ten opponent

• Boise State equipment manager said the Pokes left the facility better than anybody else: