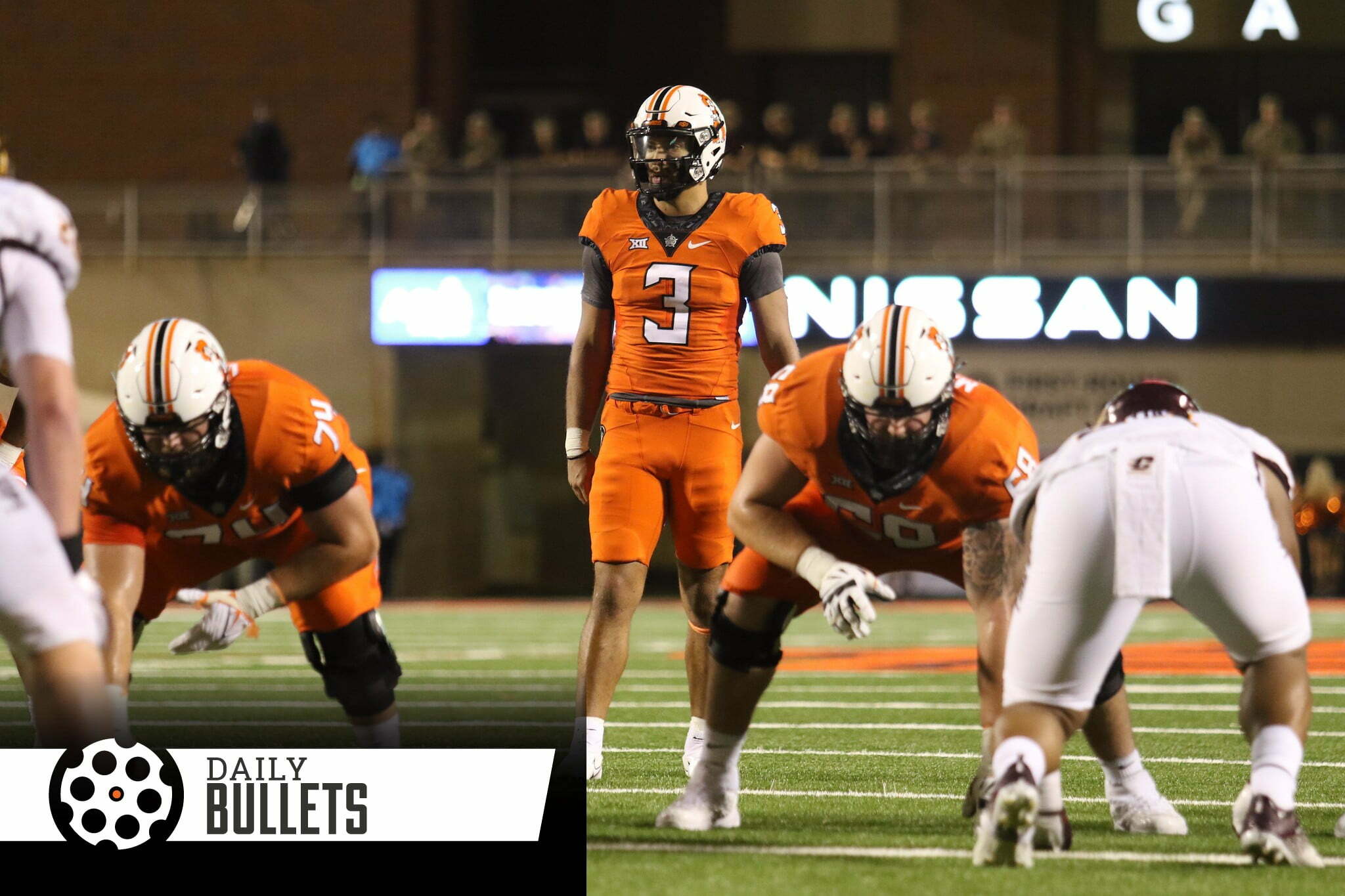 Golf: Cowgirls in Third through two rounds at the Carmel Cup in Pebble Beach

• I doled out some Superlatives and Awards from the win. [PFB]

• Berry Tramel on what Central Michigan game can tell us about this year’s OSU defense.

But don’t fall into the trap of believing OSU’s defense has disintegrated, just because of 44 points and 546 yards.

In baseball parlance, OSU’s defense has moved from a pitcher’s park to a hitter’s park, courtesy of that hurryup offense.

“We were very effective playing fast, and one thing that works against us a little bit is, once you get ahead by — I think we were ahead by four touchdowns and obviously you don’t want to play fast. So, then you slow down, and we’re probably not as good at that as were are at playing fast. But I was pleased with our ability to play fast and make plays in space.”

• Kendal Daniels on OSU’s defensive ceiling after one game.

“We didn’t do close to what we’re capable of doing.”

• How did you spend your rare unstressful college football Saturday?