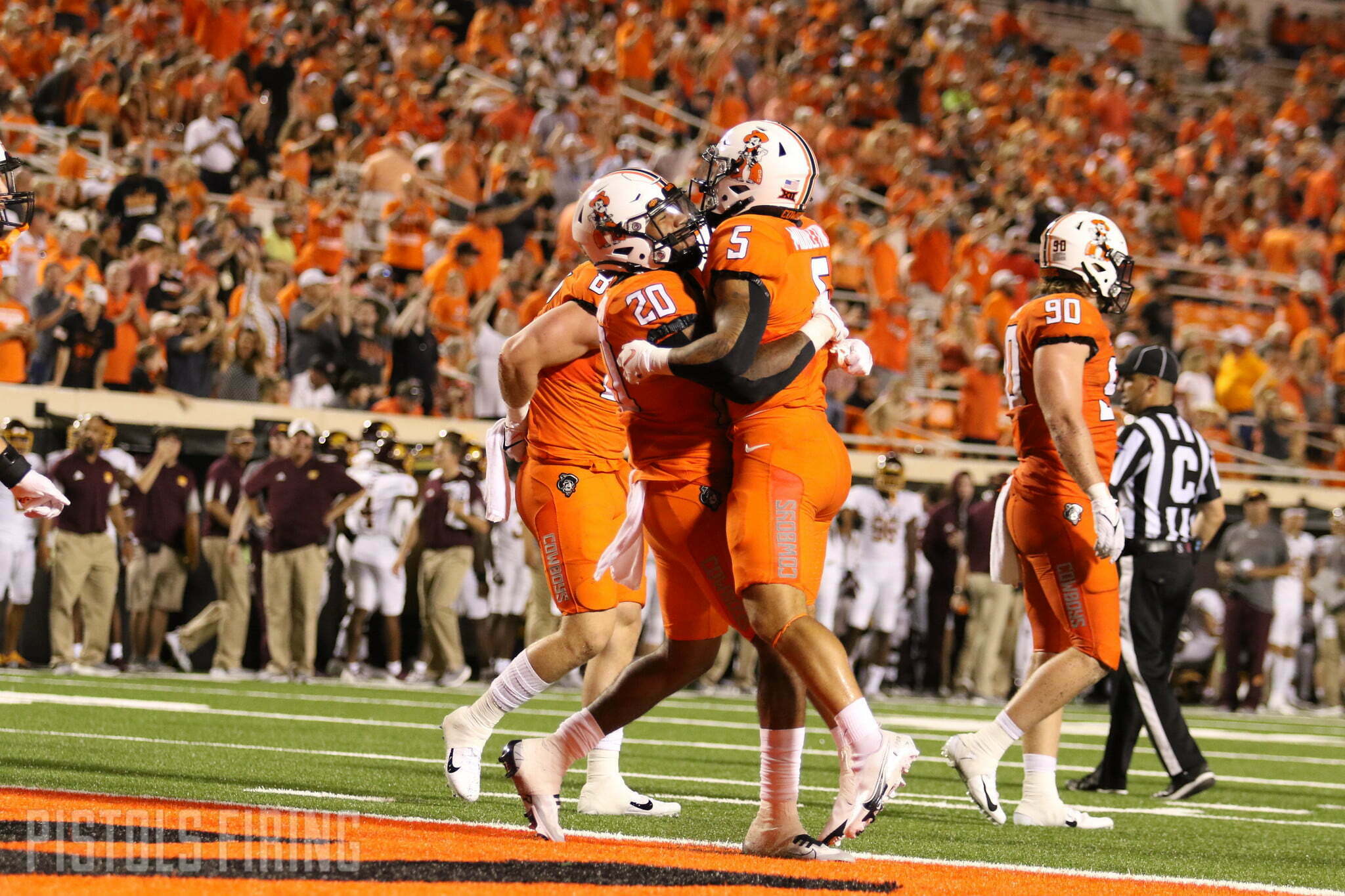 STILLWATER — The Cowboys were feet away from the College Football Playoff in 2021, and their coming up with new ways to try to get those few feet in 2022.

Oklahoma State busted out a new goal-line set in its 58-44 season-opening victory against Central Michigan on Thursday night. Out of 23 personnel (three Cowboy backs and two running backs), Zach Middleton lined up with his hand in the ground behind Spencer Sanders and Dominic Richardson had his hand in the ground next to Middleton.

The Cowboys used the formation from the 1-yard line twice. Both plays resulted in OSU touchdowns.

“We felt like that we needed to have a package in short-yardage, goal line, under the center, where we’re not standing 5.5 yards deep,” OSU coach Mike Gundy said. “… We’ve worked it all spring. We worked it all summer. We worked it in August. It has been beneficial for us tonight. There’s a lot of comments about that, but we’re not an under-the-center team. We play in the gun. The number of snaps that we’ve had under center in my career here compared to in the gun is probably less than 1% — maybe worse than that, probably less than half of 1%.

“So, we have to really work at that to have faith to get under the center and do that in those situations. We play down at Oklahoma, Mason Rudolph’s year. Went right down the field doing our stuff, and we went under center on the 2-yard line and fumbled because we don’t practice it all the time. So then you think is the risk-reward worth it? But we wanted to be better on short-yardage and goal line than we were last year, so that’s something that they worked on, and obviously, it worked out well for us tonight.”

The Cowboys went under center three times in Baylor’s infamous four-play goal-line stand in the Big 12 title game, but the formation was different. Instead of two backs, the Cowboys loaded the rest of the line-of-scrimmage with tight ends and linemen (from both sides of the ball).

In OSU’s final play from scrimmage, Dezmon Jackson’s lunge for the pylon, the Cowboys were in the shotgun. Jackson took the handoff at the 5.

It’s hard to say whether it was the formation in Arlington or the fact that Oklahoma State was without starting center Danny Godlevske and starting running back Jaylen Warren. But without Godlevske and Warren in 2022, the Cowboys’ staff is coming up with new ways to try to get season-defining inches.