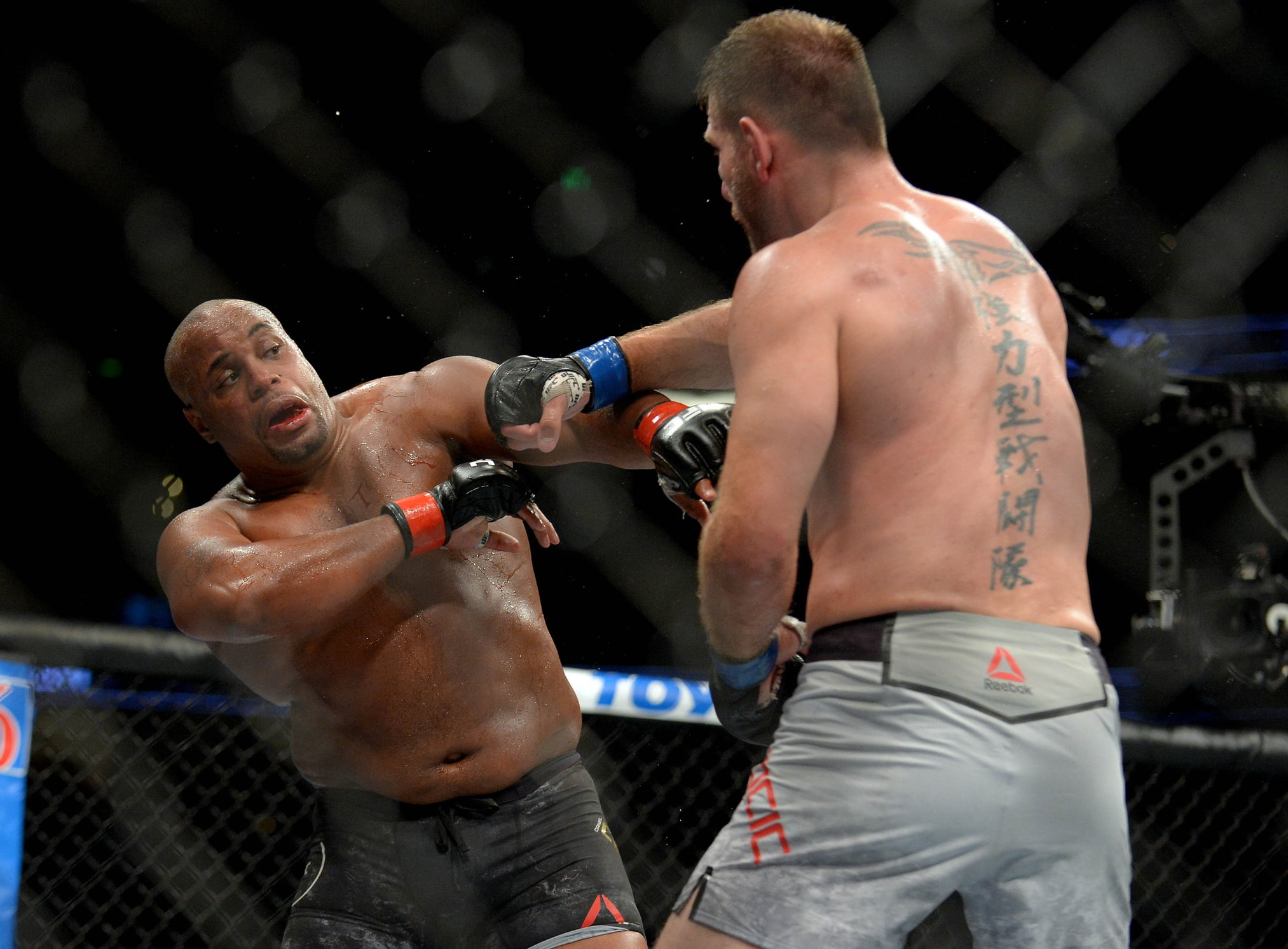 In the first round DC landed some shots and both fighters exchanged, but the most significant moment was Cormier’s takedown of Miocic. After the takedown he pounded for a bit and comfortably won the first round.

The second round seemed to favor Cormier as well. Both sides exchanged shots, but Cormier got the better of most of them.

On the mark. 🎯@DC_MMA landing heavy shots in Round 2️⃣! #UFC241 pic.twitter.com/zrbaS9RydH

The third round was the first that could’ve went either way. Both were landing shots, but ultimately it moved to the fourth round with DC up, at least 2 rounds to 1.

In the fourth Miocic landed a body shot then went into an exchange in the corner where he knocked Cormier out.

In the post fight they discussed Cormier’s potential retirement and the 40 year old Cormier was hesitant to say anything.

"I need to speak to my wife and we need to make an educated decision on what I need to do." – Daniel Cormier on retirement. #UFC241