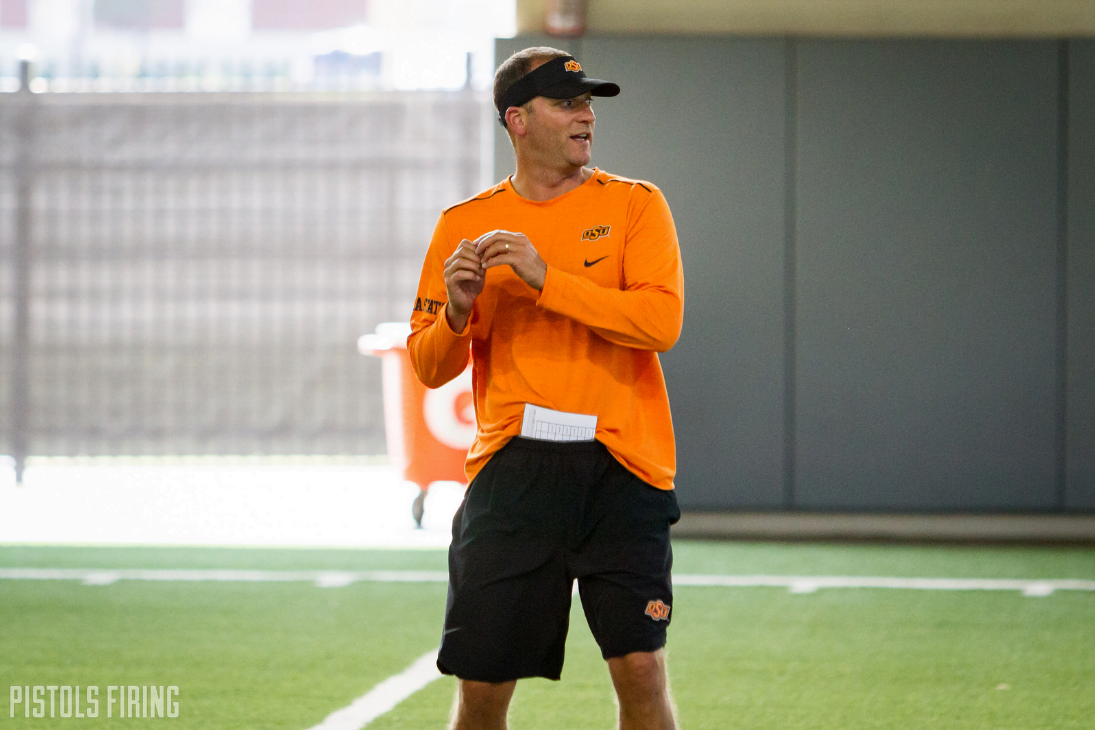 The rumors and rumblings of Tennessee’s search to fill a vacancy on its coaching staff have roped members of Oklahoma State’s staff in for a second consecutive season.

Last year it was Mike Gundy, who may (or may not) have been a candidate to be the Vols’ next head coach. Now, it’s Mike Yurcich, OSU’s offensive coordinator, who appears to be a legitimate candidate to fill the same spot in Knoxville.

There’s a lot of unsubstantiated buzz about the search, but there’s really no refuting that Yurcich interviewed for the gig. Multiple media outlets have reported he interviewed with UT coach Jeremy Pruitt. (Although Yurcich did refute the report when asked randomly by a man at a banquet.)

So what’s real and what’s merely rumblings of silly season? That much is hard to tell. But David Ubben of The Athletic wrote a great piece about the messy search to try and get to the bottom of things, and had some pretty interesting insight about Tennessee’s search and Yurcich. Here are some snippets of what he had to say.

These things move fast, so the answer might change by the time you finish reading this. That said, we know Jeremy Pruitt met with Houston OC Kendal Briles, UCF QB coach Jeff Lebby and Oklahoma State OC Mike Yurcich on Friday.

Almost by default, Yurcich is the front-runner and the best bet to get the job at this point, but that doesn’t necessarily mean it will happen. [The Athletic]

Yurcich reportedly impressed most among the candidates who have interviewed, but cultural fit could be something that could benefit OSU if it aims to keep him, a decision that would both infuriate fans and likely bring great joy to those in Stillwater with an intimate knowledge of his real impact.

Still, the cultural fit is an interesting one that I haven’t heard discussed much. Maybe Tennessee throws him a couple million and those concerns go away, but it could potentially be a shell-shock to leave OSU and a fairly relaxed culture to go to UT and be under a coach in Pruitt who is intense as any in the country.

More on that from Ubben.

Another factor with Yurcich that no one is talking about: The way Oklahoma State’s and Tennessee’s programs are run could not be more different. Mike Gundy is a quintessential CEO coach. He often watches practices from the stands. I’ve sat in the stands and watched with him. He has input, but Yurcich does what he wants. And Oklahoma State cut way, way back on the number of hours coaches spent in the facility in the name of work-life balance and having fresher minds when it was time to focus on football. It’s paid off in a big way for them.

Again, maybe all of this means nothing. Maybe Yurcich goes because Tennessee is a better spot and can offer him more money, or maybe he goes because he feels it’s time for a change. Or, maybe, Yurcich stays because of the sweet gig he’s got in Stillwater.

There’s a lot of moving pieces as is the case with any coaching search, but as Pruitt moves in towards hiring a new OC, there will be plenty of interest emanating from Stillwater and aimed in Knoxville’s direction about how things unfold.