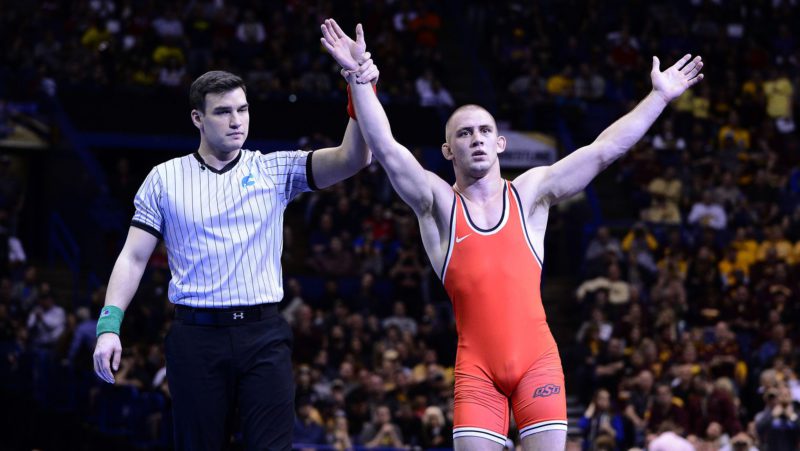 Less than a week after defeating Virginia’s George DiCamillo 6-3 to win his second-straight national title at 141 pounds, Dean Heil was named the Big 12 Wrestler of the Year.

Heil finished his junior season a perfect 32-0. It’s just the 15th undefeated season (of at least 29 wins) in school history and second straight at OSU. Last year, Alex Dieringer turned out a perfect season on the way to his own Big 12 Wrestler of the Year award.

The Cowboys finished third in team points at the National Championships in St. Louis despite having a school-record eight All-Americans.

But John Smith is glad to have his Champion back for next season.

“It’s been a great year, and we capped it off with a champion,” Smith said. “That’s important to have an NCAA champion back in your room (next year), along with six All-Americans.”

Sitting at 91-11, Heil will have an opportunity to be only the 42nd Cowboy to reach triple-digit victories during his career.