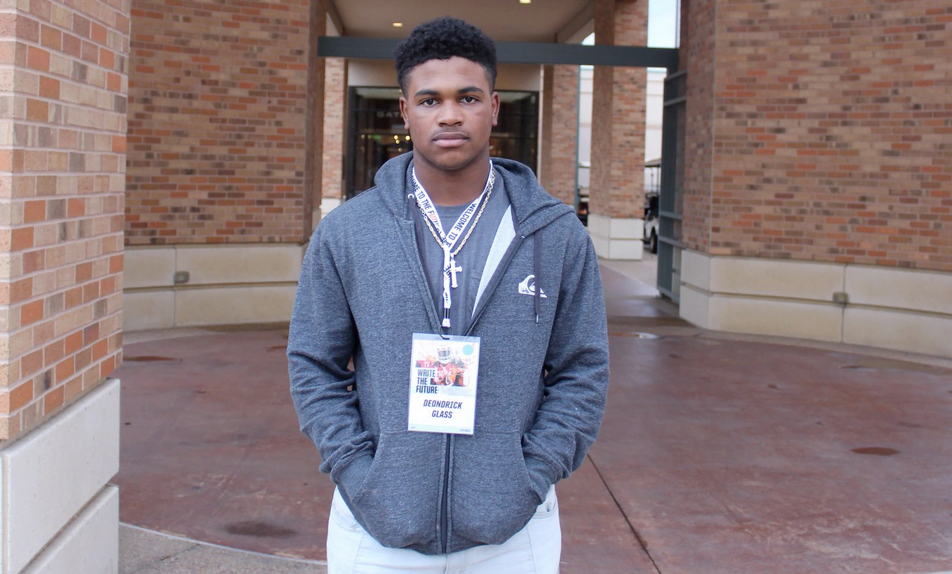 Glass has maintained for some time that the Crimson Tide are his favorite among them, but it’s expected that they are out of the running after taking a commitment in December from five-star tailback Trey Sanders.

That leaves OSU in a really good spot, especially since Miami, considered a challenger, landed an Auburn running back transfer recently. Oh, and Miami coach Mark Richt up and retired two weeks ago out of the clear blue sky.

Dustin Ragusa and I like OSU’s chances here. (You can scroll to the 3:30 mark below to hear our full thoughts.)

Boone: I think the only wild card here is Tom Herman deciding last minute he wants to take another running back on top of four-star Derrian Brown. The appeal of him staying in the state, I believe, would be very enticing. But OSU has been the most steady program in his recruitment throughout, even while Glass was feeling out Bama and every other program that came calling, and I think they’ll be rewarded in a big way.

Ragusa: OSU was basically right behind Alabama when he gave his unofficial top 3. And the Pokes have stayed steady. They are in the best position to get him with the Tide already landing two RBs in this class. Texas is definitely in the running, but I think Glass ends up in Stillwater.

Glass is committing during the Blue-Gray All-American Game on Monday, which will air on ESPN3. The game starts at 1:30. You can stream the game on WatchESPN.com.

Why he’s a big deal

A Deondrick Glass commitment for OSU would give the Pokes their highest-rated commitment of the 2019 recruiting class and a third four-star to go along with tight end Grayson Boomer and receiver Langston Anderson. He’d also give OSU a healthy bump in the recruiting rankings (OSU ranks 44th nationally and sixth in the Big 12 ahead of Monday.)

Glass would also give OSU an all-time star recruit at the running back position, which is being overlooked here. Of OSU’s all-time running back recruits who signed and played for OSU, Glass would rank fifth behind Herschel Sims, Tatum Bell, Tyreek Hill (who is apparently a receiver!), and Devon Thomas.

What he’d mean for OSU

With Justice Hill turning pro and J.D. King going back home to Georgia to play for a run-heavy offense, OSU is in dire need of replenishing its cupboard of talent at the running back position. Getting Glass would go a long ways here because he’d arrive with four years of eligibility, but, I believe, a realistic chance of playing as a freshman and supplying OSU with quality depth.

The Cowboys already hold one commitment in the 2019 cycle from running back Dezmon Jackson, a junior college prospect from Hutchinson C.C., so getting Glass would fill OSU’s needs at the position.